What is a recurve bow?

When I hear people talking about archery or I read something about it, there is often a "recurve bow" mentioned. Altough I know how it's shaped etc. I wanted to know what exactly makes a bow to a recurved one?

A bow whose string touches a section of the limb ...

Yeah, all these different bows may confuse a beginner. However, it's generally really easy like in this case. A recurve is simply defined as "a bow of which the string touches a section of the limb when it is strung".

To further explain this definition refer to this image: 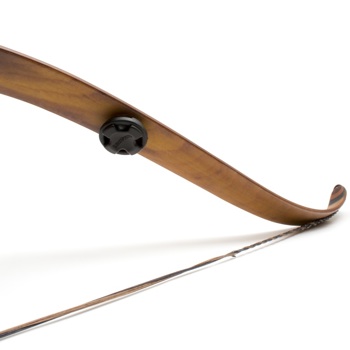 As you can see the string "touches" the wooden limb for about 3" on the top. As soon as this happens, the bow is a recurve bow.

But what about the shape?!

Ah, a nice topic. One might guess that a recurve is shaped in a particular way and that's why it's a recurve. That's (surprisingly) wrong!

Note: Before you read further. There are a few more details which make a "horseman bow" different from a "recurve" but that's another topic. 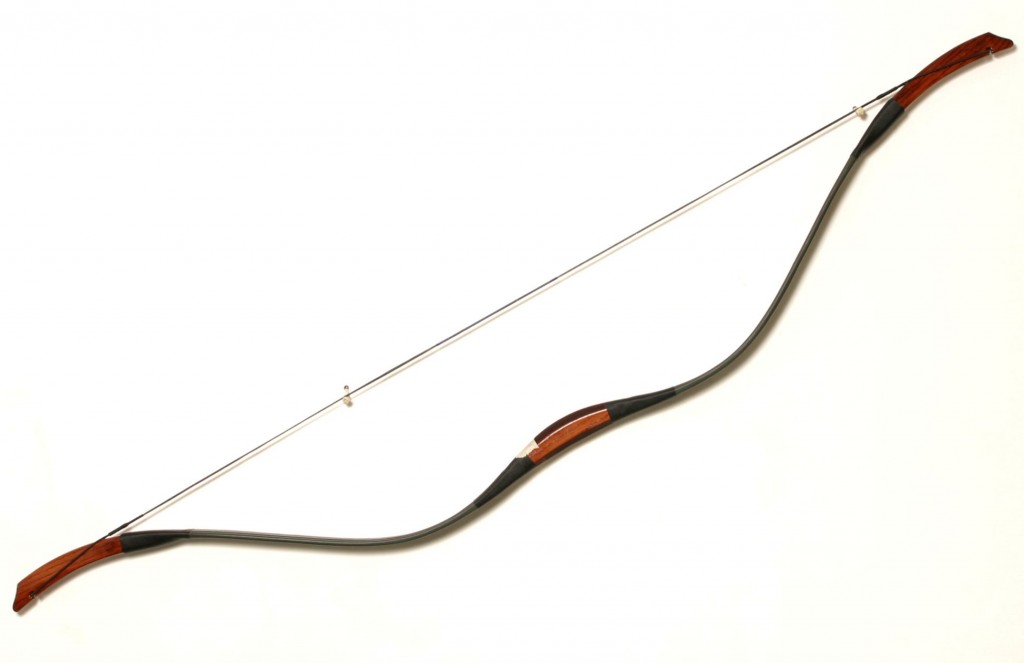 And now a recurve bow: 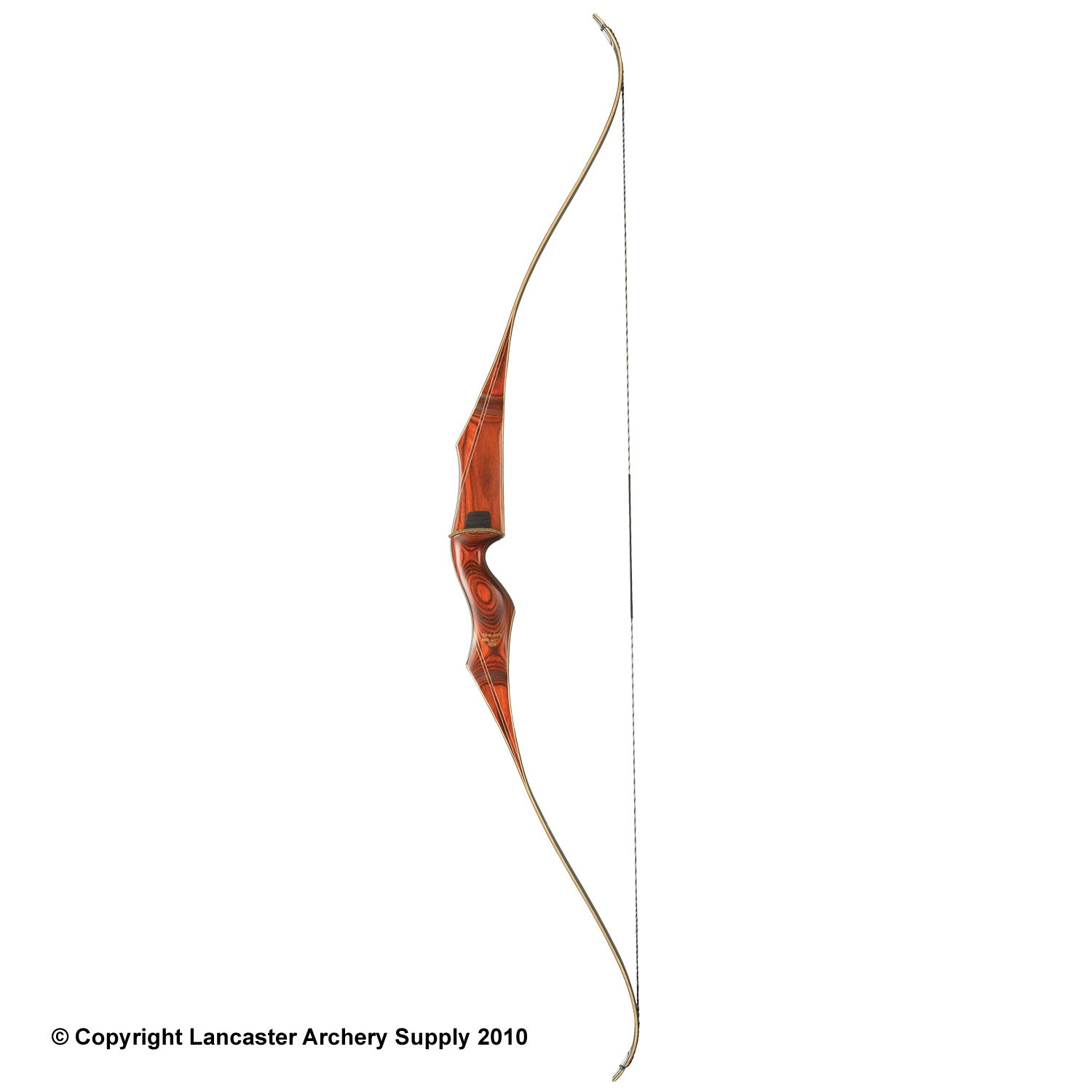 Okay, besides the "waves" in the limbs pretty much the same, eh? But have you mentioned the tips? 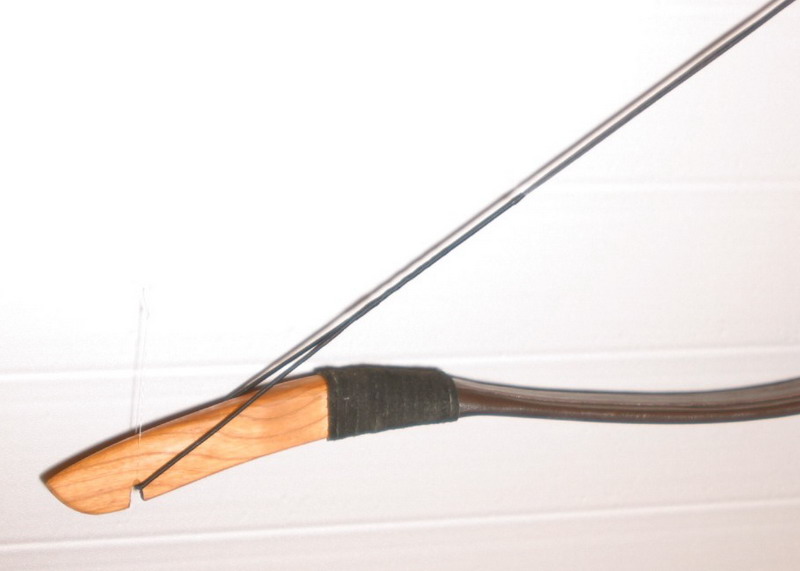 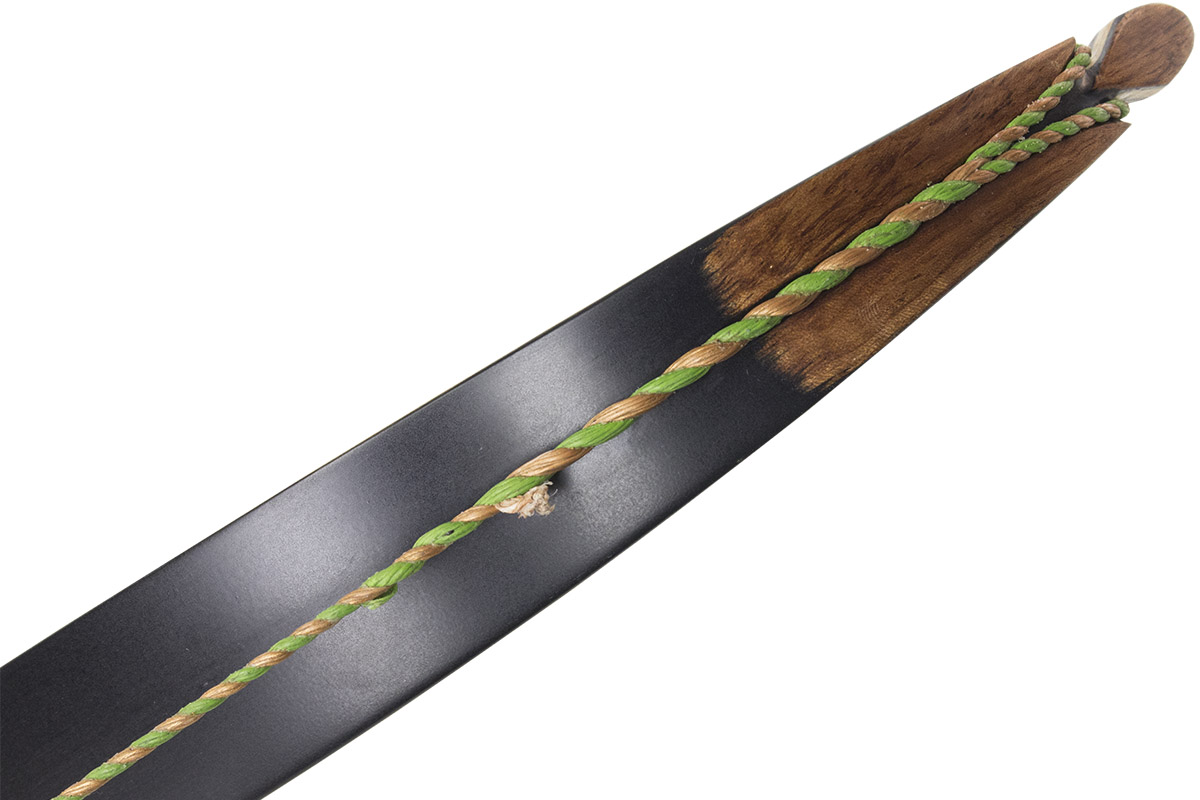 A recurve bow has tips that curve away from the archer when the bow is unstrung. By definition, the difference between recurve and other bows is that the string touches a section of the limb when the bow is strung. A recurve bow stores more energy and delivers energy more efficiently than an equivalent straight-limbed bow, giving a greater amount of energy and speed to the arrow. A recurve will permit a shorter bow than the simple straight limb bow for a given arrow energy and this form was often preferred by archers in environments where long weapons could be cumbersome, such as in brush and forest terrain, or while on horseback.

Not the answer you're looking for? Browse other questions tagged gear archery recurve-bow or ask your own question.

10
Should compound bows be unstrung when not shooting?
8
Is a recurve bow more accurate than a long bow?
3
What is a longbow?
9
How to carry a traditional bow while hiking?
8
The bow's length and its influence
9
How do the skills required for mounted archery (archery from horseback) differ from those required for other forms of archery?
11
Why is there a cock vane/feather?
5
What additional equipment is needed for bowfishing?
3
Am I allowed to shoot 3 under in World Archery's Instinctive Bow Division?
3
Is there a way of calculating effective range with a compound bow?