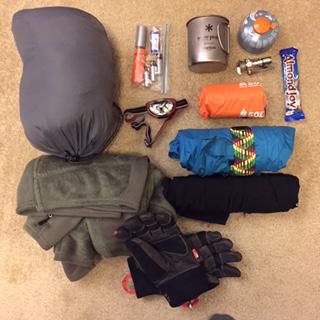 32
How to tow a canoe with a bicycle?

64
How do you determine how long a hike will take?
27
What clothing would be appropriate for hiking in -18°C with up to 30 km/hr wind?
18
Long or short sleeves on a hike in the Desert?
4
5-hour loop hike near Boulder, Colorado
3
An x-hour hike. Is that to the peak/summit or back and forth?
8
What clothing would be suitable for hiking and camping in 0°C?
6
How do you reset your body 'thermostat' after hiking in snow?
10
Is Gaia GPS inaccurate for distances?
3
Where are some good places for a day-hike within an hour or two of Minneapolis, Minnesota, USA?
7
How to prepare for a blizzard while trekking on a mountain pass?