Is there a device to hook anything on a branch?

A friend of mine has made himself a small hook. He can thread one end between his bow and its string. The other end is a hook. This thing let him hook up his bow just nearly anywhere (basically it's for branches on trees).

As he made it from a white-tail antler, I tried to create on for myself. However, the antler I had didn't had this sharp angle needed to have a proper hook. 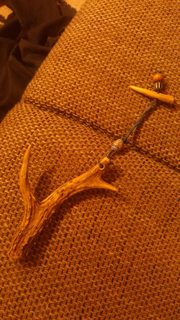 Is there something similar - kind of an outdoor universal hook - to buy?

Edit: This hook has to comfortably fit in your trouser pockets, so that it can be taken out easily.

You could look at bungee cord hooks. They're pretty cheap and come in a bunch of sizes, plus you can bend and adjust them to suit your purpose.

You can get them attached to bungee cord, as a length of cord or as a loop, or you can purchase them individually.

Another option if you do want to use an antler is to check out pet shops, they tend to have loads of varying shapes and sizes (hollowed out or not as well) but I'm not sure how well one of these would suit your desired purpose.

You could make your own with a smaller piece of hardwood 1x4. With a jig or bandsaw, cut a notch out for the hook, then remove material along the outside to make it narrow. Guaranteed to be comfortable and sit flat in your pocket.

Just draw the hook shape first so you know what it will look like and where to cut.

You can even smooth it out with a rasp or file to make it more round rather than squarish. You could even carve or burn or stain/paint designs on it.

I just buy these things in bulk at the dollar store: 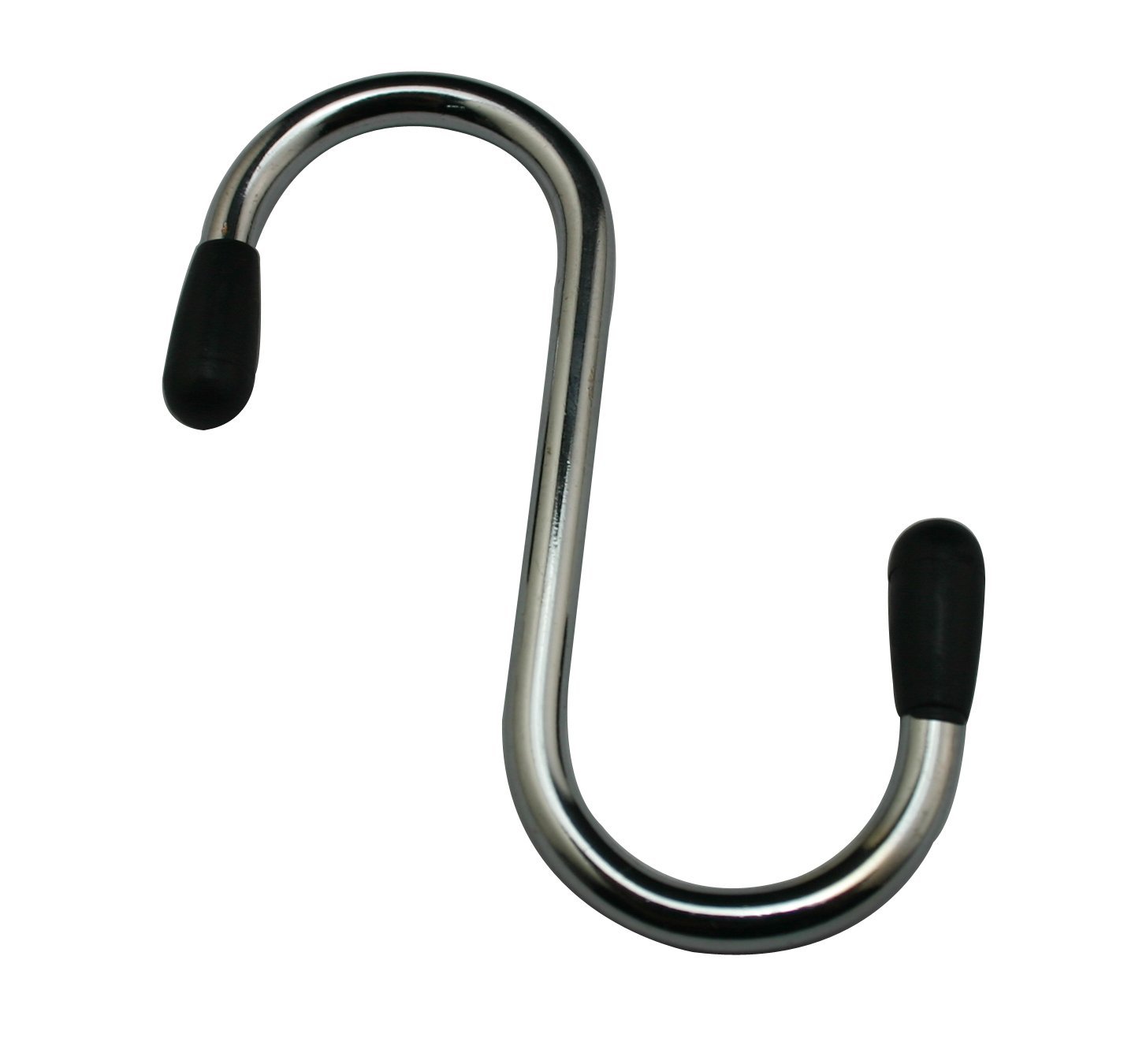 I call them my, "hang anything from anywhere" hooks. Not really though, they're just a double hook, and I find them really handy. Almost as handy as my "S" caribiners: 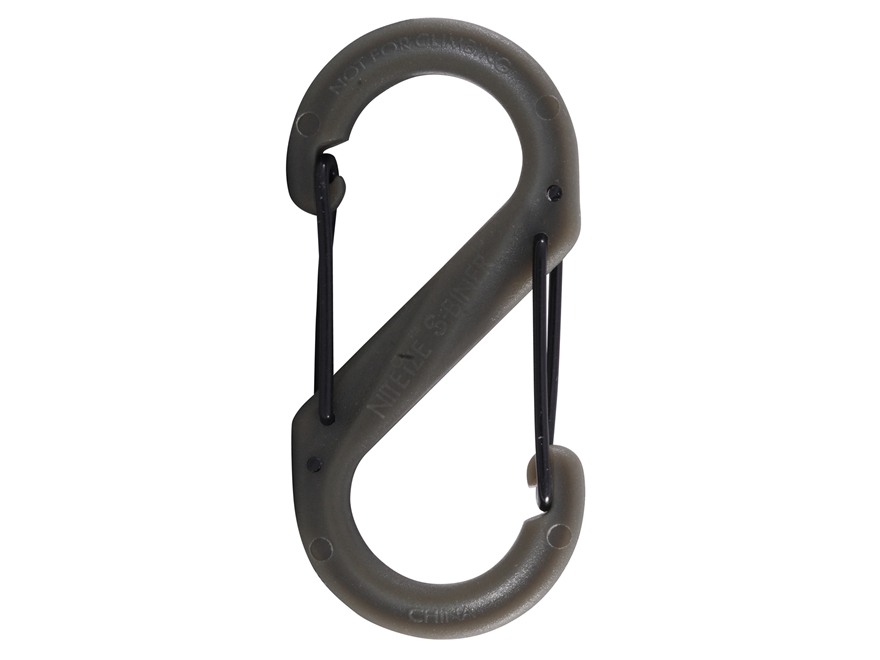 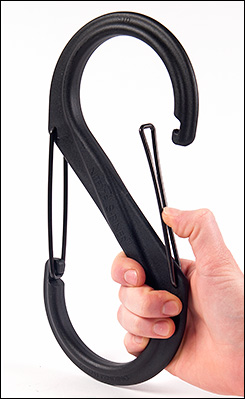 Not the answer you're looking for? Browse other questions tagged gear diy or ask your own question.

22
Why does my belay device have two holes?
11
For a DIY wood burning stove, is there a significant advantage of the double wall “bushbuddy” style?
13
When should a belay device be replaced?
8
Aid climbing: do you need a fifi hook if you use adjustable daisy chains?
7
Is the keeper wire loop on a tubular belay device necessary?
20
Is there any practical use for a grappling hook?
9
How to dry a BCD (Buoyancy Control Device)
6
What features should I look for in a satellite emergency device?
1
Is there a more accurate way to gauge the fuel level on my ski boat?