What is the correct way to attach a rope to a harness with carabiners? [duplicate]

Ask Question
Asked 5 years, 11 months ago
Active 5 years, 6 months ago
Viewed 3k times
6
This question already has answers here:
Should a carabiner ever be clipped to the tie-in loops and should anything other than a carabiner ever attach to the belay loop? (6 answers)
Closed 5 years ago.

So you know how when you're belaying you clip in to the belaying loop, and when your climbing you tie in to the two loops the belay loop is stiched through... When you're climbing, what part would you attach the rope to if it has a carabiner clipped to a pre-tied 8 in the rope ? (I know they usually do this when lots of people are in and they just want stuff to be faster)

Carabiners always attach to the belay loop. Attaching carabiners to the tie-in-points causes them to get loaded incorrectly.

Carabiners are designed to load the spine, which is the side opposite the gate. Attaching a carabiner to the tie-in-points causes the gate to be loaded, since three strands get loaded (the tie-in loops and the rope end). An incorrectly loaded carabiner fails at much lower forces. 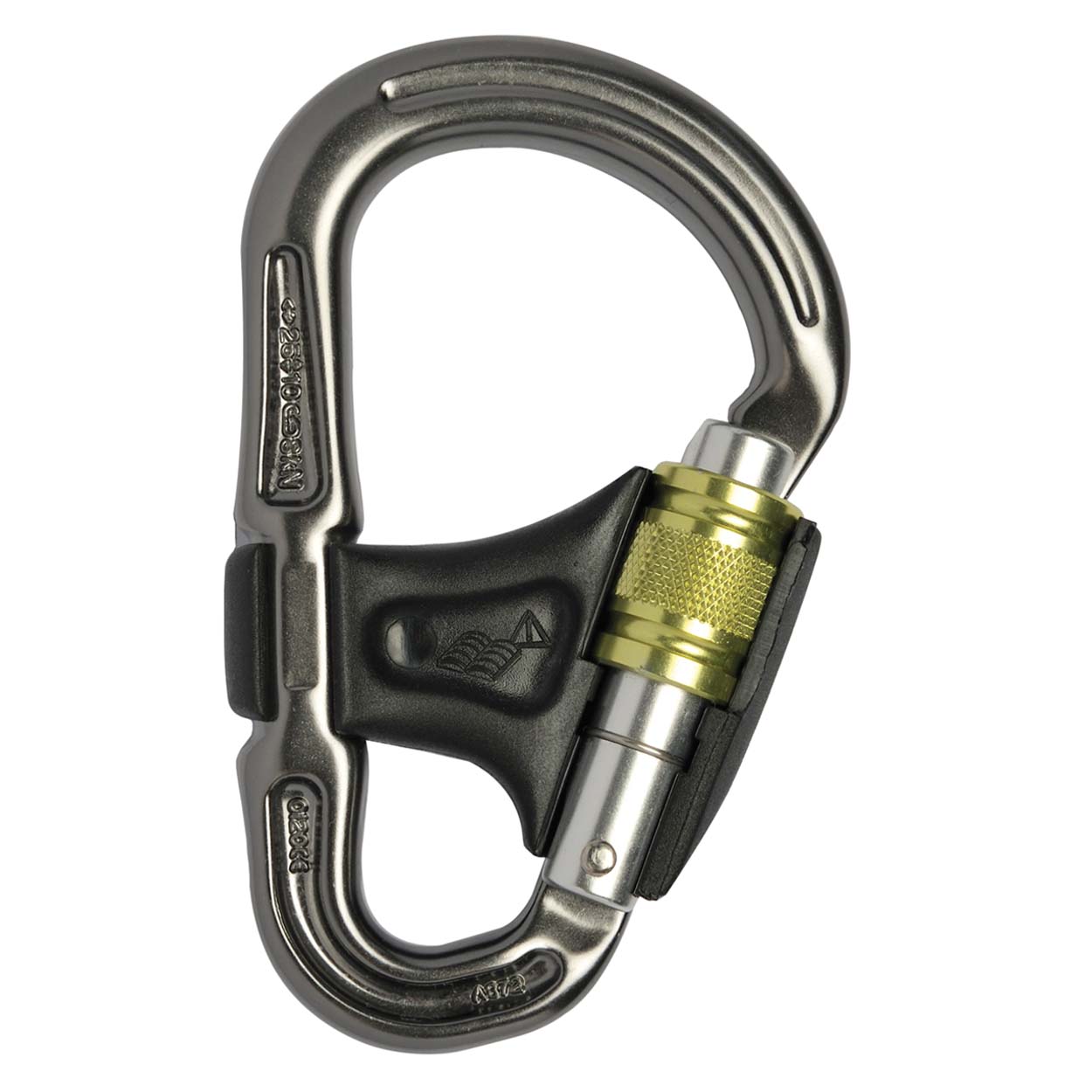 You should not connect the carabiner to the tie in loops, as carabiners are usually not rated for ring loading.

Not the answer you're looking for? Browse other questions tagged safety climbing ropes or ask your own question.

19
Backup prusik for Abseiling: Where does it go?
16
Should a carabiner ever be clipped to the tie-in loops and should anything other than a carabiner ever attach to the belay loop?
20
Why do many climbers appear to not trust their belay loops?
13
Quickest / most efficient way to ascend a hanging rope with rock climbing gear?
8
Does leaving a knot in a static cord damage the cord as it does with dynamic rope?
11
Climbing harness: clip two carabiners to avoid cross-loading
1
Climbing-line "rope-thimbles", unsure how to utilize these (got several 1/2" 'steel rope thimbles' with my climb-rope!)
2
Guide mode ATC with locker to belay loop
6
Rappelling using the Munter hitch - stopper knot at the end of the rope?
14
Climbing attached to a carabiner rather than tying in