Where exactly would be the kill of this squirrel?

I've a target face with an image of a squirrel. 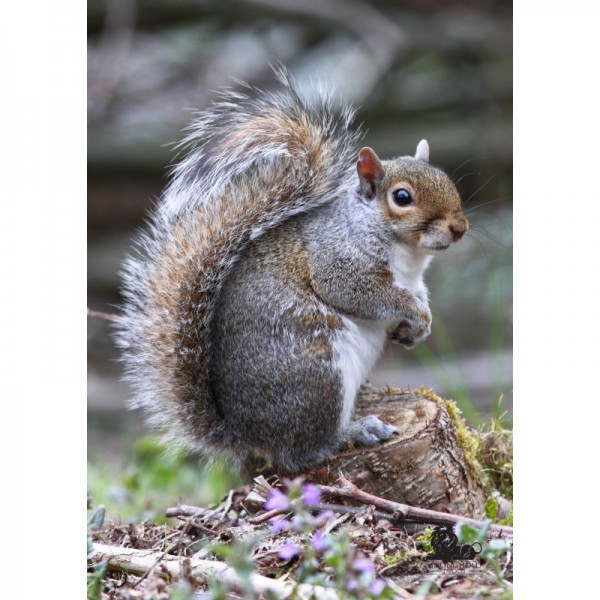 However, I'm not sure where the the kill exactly would be.

I assume that it's the little brown spot beneath the arm, on the edge to the white stomach-fur?

In the picture given: The brown spot beneath the arm is a gut shot. If sitting just like this you'd have to shoot through the arm for a chest shot (and waste most of that meat).

In general:
Rifle hunting (.22) just shoot for the head. The head is just as big as the chest target area and damages the meat less.

Generally though squirrels are not very tough, unlike deer and larger herbivores If you hit them anywhere, they won't make it far and will slow down so much you can probably shoot again if you were off a bit.

If you are hunting with a shotgun, it doesn't matter.

Having actually hunted and killed squirrels for food before, if you're planning on keeping the meat, then you don't want to shoot it in the body, shoot it in the head. A squirrels head is just as big as it's kill zone, if you shoot for the body you'll likely damage the precious meager morsels. One squirrel isn't enough food for one person to begin with, so you really have to make the best use out of it as you can. Some people go to the extremes of crunching up all the bones and eating literally everything. If you only quarter the critter, then all you've got is 4 small chunks of meat to stick in your stew. Aim for the eye, but you don't have to hit their brain to kill them, I've taken squirrels out of trees with rocks by knocking them in the side of the head with a well aimed throw.

Well if you're Daniel Boone or Davy Crockett you'd aim for the little stump the squirrel is sitting on and bark the squirrel1:

As the reader may imagine a squirrel hit by a rifle ball would be torn to pieces, so that neither its flesh nor its fur could be of any service. In order to secure the animals intact, the backwoodsmen resorted to a skilful expedient which was called "barking." The marksman aimed, not at the squirrel, but at the bark of the tree immediately below its feet. If he hit the exact place at which he fired, the animal flew into the air and came down, killed by the concussion, but whole.

Not the answer you're looking for? Browse other questions tagged training squirrels target-shooting or ask your own question.

9
How would you evaluate sailing lessons for adults?
9
How far does a nursing Eastern Gray squirrel travel from her nest?
10
What is this squirrel doing and why?
9
Do squirrels have front and full peripheral vision?
11
How can I be sure that I'm ready to do the Three Peaks Challenge?