What happens when someone dies on Mount Everest?

I have read that Rob Hall's body (who died very near the summit in 1996) was discovered. However I have not seen any validation of that. I just watched the movie Everest and I'm curious. Has it been confirmed that his body has been found?

When someone dies on Mount Everest, are there attempts made to recover, or track location of bodies?

One opinion based answer is because Everest climbers are selfish. Given many people who climb Everest won't abandon a summit attempt to save a life, do you really think they care enough to risk their life to bring a body off the mountain? (Current rates are 4% fatality of all summit attempts, presume body retrieval would be similar.)

A more charitable answer is because above about 8000 meters you are in the death zone. You are slowly dying. You have very limited strength, and no reserves. It is impossible to do much more than put one foot in front of the other. You have very limited reserves (weather, food, water, warmth and blood oxygen level) and "going to plan" can become life threatening if just a couple of minor issues come up. As such, body retrieval, even if possible, is very dangerous, and more than likely, will just create more bodies. Who would risk their life to retrieve a body - would you? Give the presumed answer, the next moral question is is it right for you to ask someone else to retrieve a body and risk their life? Given the problem of the difficulty of moving a body, you could perhaps make it possible by bringing the bodies down in pieces small enough for one man to carry, there are a significant number of cultural and moral barriers to this approach.

Ok, so now we have got past the morals and established the cost, you hire someone, and go up there and they die in the attempt. What are the laws in your country around paying someone to do a job when you knew the job carried very high risk of death?

So the real question should be "Given what happens to a body and the fatality rate, why are so many allowed to climb it?"

Hopefully in time technology will make it practical and safe at a reasonable cost to remove these bodies, till then, its just an accepted fact of the Everest gravy train.

The answer is yes. But not for everyone.

The first two people on record to die on Everest were George Mallory and Andrew Irvine. There's speculation that they may have even summited the Mountain, making them the first team ever to conquer the tallest mountain in the world, and almost 30 years before Sir Edmund Hillary and Tensing Norgay made their successful summit.

They were last seen only a couple hundred metres form the summit, but never made it back down to the bottom. For decades people wondered if they may have made it to the top, but the only way to confirm that would be to find the camera they took up the mountain with them, and develop the film to see if they had taken a summit picture.

In 1999 an expedition was led to search for their bodies, and against all odds, they were able to find, and positively identify the body of George Mallory, who appeared to have suffered a fall and broken his leg. His body was found almost perfectly preserved (aside from being bleached white by the sun). 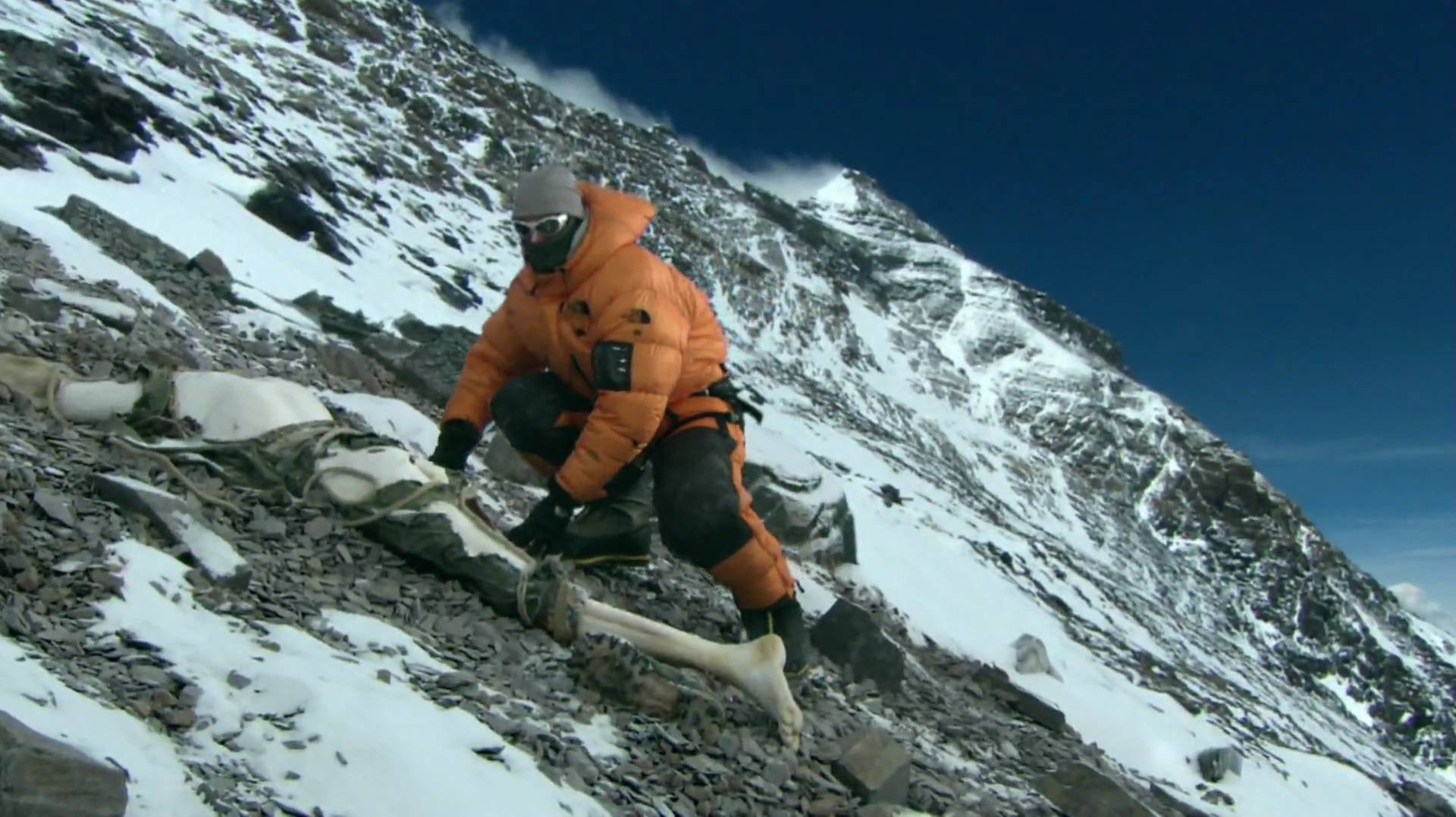 Andrew Irvine's body was not found unfortunately, and he was the one who was carrying the camera.

For the Most part, extractions are impossible due to the extremes of being at such high elevation, and bodies are left exactly where they fell if they died in the death zone, except for bodies which lay right on the trail, those ones tend to get pushed over the side of the mountain, or they're left on the side of the trail and the 200km/h winter winds will blow them off the edge in the off season, the rest just stay where they are, and will likely remain there, preserved for years to come (just like George). There are over 200 bodies on everest, and that number keeps climbing every year as people line up to go die on the highest summit on Earth.

I figured you would have probably found out the answer by now but in case you didn't here it is.

Yes. They found his body shortly after he died. IMAX was filming a documentary on Everest and two renowned climbers were involved (Ed Viesturs and David Breashears). They continued with their expedition shortly after the disaster and they found his body. He was right along the path to the summit so they had to get past him to make their way to the top. It is believed that his body was either pushed off the mountain by other climbers or was blown off by a later storm since he is no longer there.

17
What temperature to prepare for on Everest base camp trek?
33
What do mountaineers eat and drink on the day of an Everest summit?
19
What easy 6,500m peaks would serve as easy qualifiers for Everest?
31
Are corpses on Mount Everest used as way-points?
4
What consequences would someone face who attempted to summit Everest on their own?