IOS Map App that creates routes by tracing a path?

I've been using a topo app on the PC for years that lets you, among other things, trace a route on the map with the mouse, then it gives you the distance and height profile for that route (even turns it into GPS waypoints for you). It's a little heavy, though, lugging a PC in my backpack :)

So, I've tried several mapping apps on IOS, but have yet to find one that will let me trace an intended route in this way. They all seem to do a great job of tracking how far you've gone, how many steps you've taken, how many calories you've burned, etc. However, I'm really not that interested in what I've already done... I was there, I know where I've been. :) I'm more interested in, "if I scramble up this canyon along this stream, how far is it to the end and back?" or "my planned path was blocked, how far would this alternate path be?"

All the apps I have tried will let you create waypoints by touching, then build a route out of the waypoints. That works, but it can be kind of tedious. I also find that I wind up spamming an area with so many waypoints to make reasonably accurate routes that I can no longer read the map on the small screen.

Is anyone familiar with any IOS topo map / GPS apps that allow the user to trace a path with a finger, and then reports distance (and preferably elevation profile) info?

I end up using RideWithGPS on the desktop to map all my bike, run, hike routes but if you're looking for just an iOS version, this is certainly the nicest UI and UX that I've found.

Both images from their iTunes page: 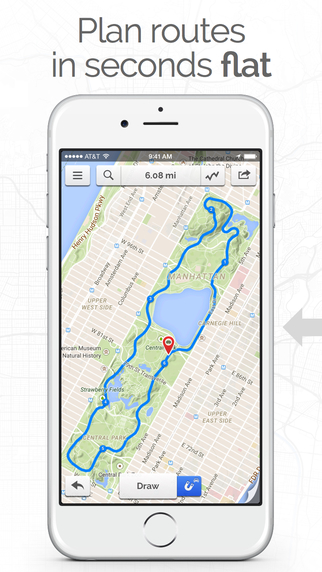 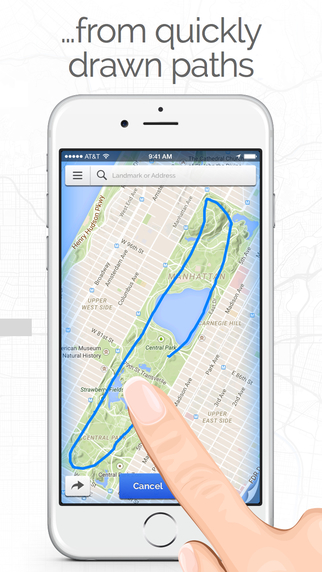 Not the answer you're looking for? Browse other questions tagged maps navigation gps or ask your own question.

15
How do I read a topographic map?
9
GPS topo map downloads
15
How to select a good GPS receiver?
8
GPS navigation device or app that allows entry of UTM coordinates?
12
Calculate true north with a compass and map
9
Is there a mobile app to easily send a SMS message with coordinates?
7
Would there be any practical uses of a geological map for a hiker/backpacker?
26
As of 2019, why do mountaineering courses still teach how to use a paper map?
32
What advantage does the what3words coordinate system have over other, traditional systems?
4
How can I find a GPS unit that can display north at the top at all times?