How to kill a bear with a bow?

I'd like to know which kind of arrow would slow down or kill a bear, which vital spots should I aim at, which kind of bow should do the job, more specifically, against black and grizzly bears?

Set aside legal issues and concerns for the purposes of the question and assume it's legal where I am.

To answer this I need to split up your question a little bit.

Every arrow with a broad-head (= hunting point) attached. It doesn't matter whether it's made out of wood, aluminium or carbon, if the arrow fits you and your bow.

Which vital spots should I aim at

The lethal zone which is in that case the heart and the lungs. 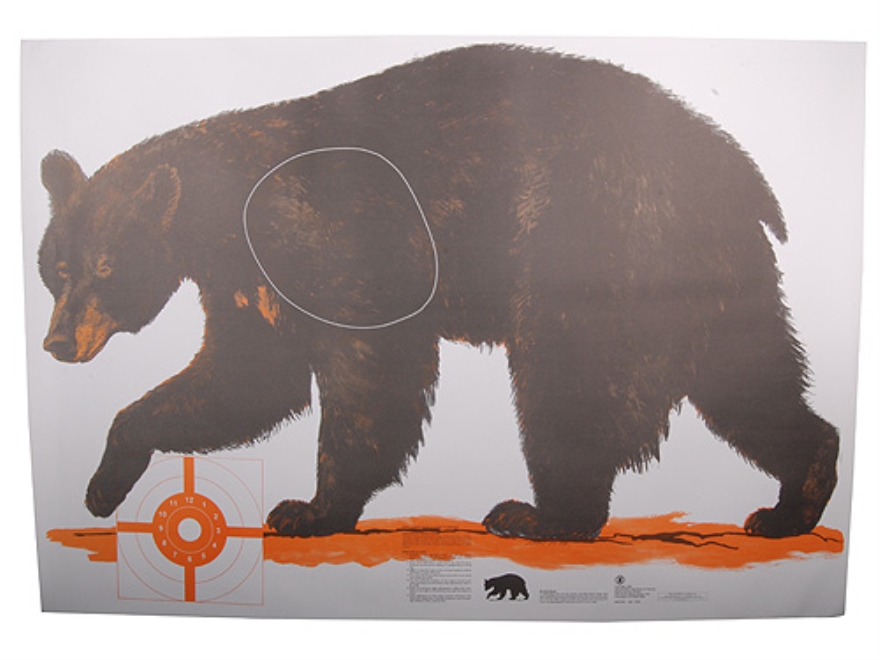 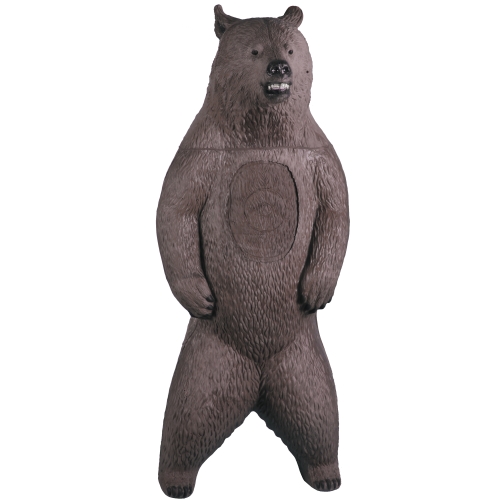 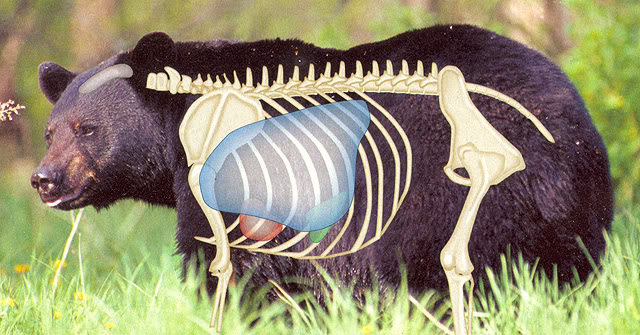 As there was the request for a more scientific anatomic picture, I've added one here. However, it's a little bit gross and that's why I put it behind a spoiler "carpet".

This image is a little bit gross 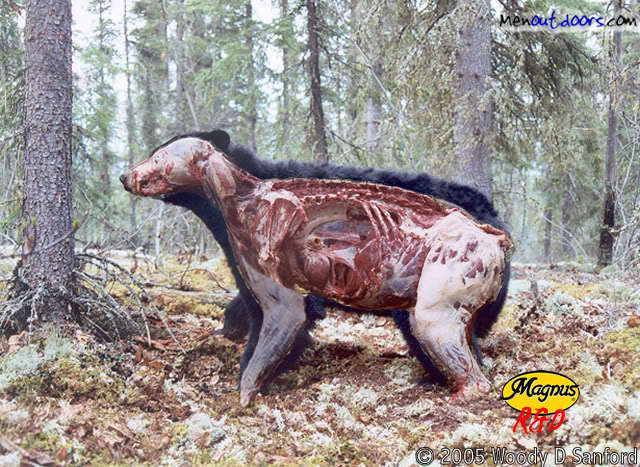 You hopefully can identify the heart which is the thing to aim for. The lungs are kind of around but more above it. 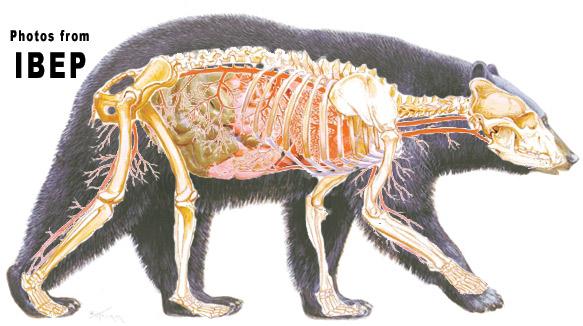 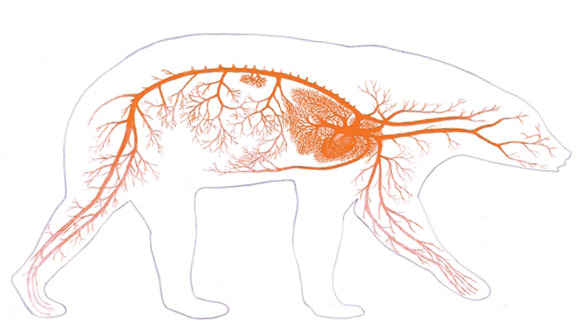 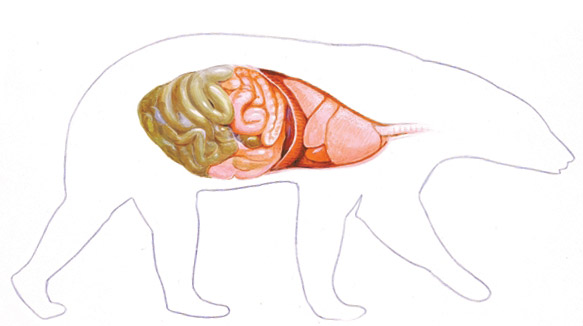 You can see here where the arrows should "sit":

Which kind of bow should do the job

Just like the arrow section: every bow on earth can do the job if it's strong enough. Nowadays you would choose a compound or recurve bow. If you like to shoot a long-bow it doesn't matter either. The problem is that it has to be incredibly strong. Too strong for most untrained shooters. That leads us to the next point...

Okay, let's start off with the kinetic energy you need to "put in the bear" in the worst case (full featured grizzly bear). It's 70 ft. lb. or 95 Joule.

Check out this chart for example from Big Game Logic: 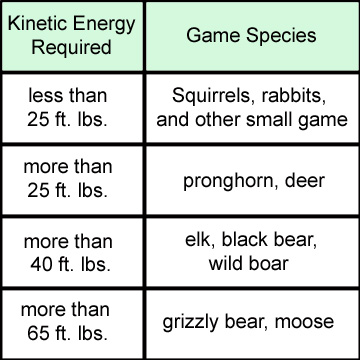 Let's take an arrow which weights 500 grains. It's something one would use to stand against something like a grizzly. To get the energy of 70 ft. lb. it needs to travel with at least 250 fps (feet per second). We need to find a bow which can accelerate a 500 gr arrow to 250 fps.

A Bear Archery Grizzly with 48 pounds manages to accelerate a 503 gr arrow to 140 fps. So approximately you'll need at least 65 pounds. A Bear Archery Grizzly isn't even build with this poundage :) However, back in the days Grizzlies were shot with a 55-60 pound Grizzly-bow (that's why the name).

I'm a well trained archer (about every second day) and would overestimate myself even with a 50 pound bow.

Which diameter and broad-heads to use for bears

A small diameter since you need penetration. Shafts like the Axis should do the job. I would recommend three-bladed broad-heads cause bears have quite thick skin and you want them to bleed, don't you?

P.S.: Just a safety advice: a bear isn't something to f%!§ with even with a gun =) An untrained (in terms of archery) person is never ever able to bring one down even with a perfectly set up compound bow.

11
Should I use a double or triple broadhead for boars?

6
What does IBO on a bow mean and how is it calculated?
7
How is ATA measured on a compound bow?
24
How safe is sleeping in bear country?
8
Carry compound bow on back
4
Rational reason to pick a bow over a gun?
6
Is there a minimum poundage required for bow hunting?
3
Backpack with rifle/bow holder without camo?
4
Minimum arrow weight of a Bear Archery Grizzly bow
2
Is an IBEP/EBF course also possible with a recurve bow?
1
Is it feasible that a black bear could kill a man with a single swat?