What exactly is meant by the diameter of an arrowhead point?

But which diameter is meant by this number? The thread or the point's "head"? 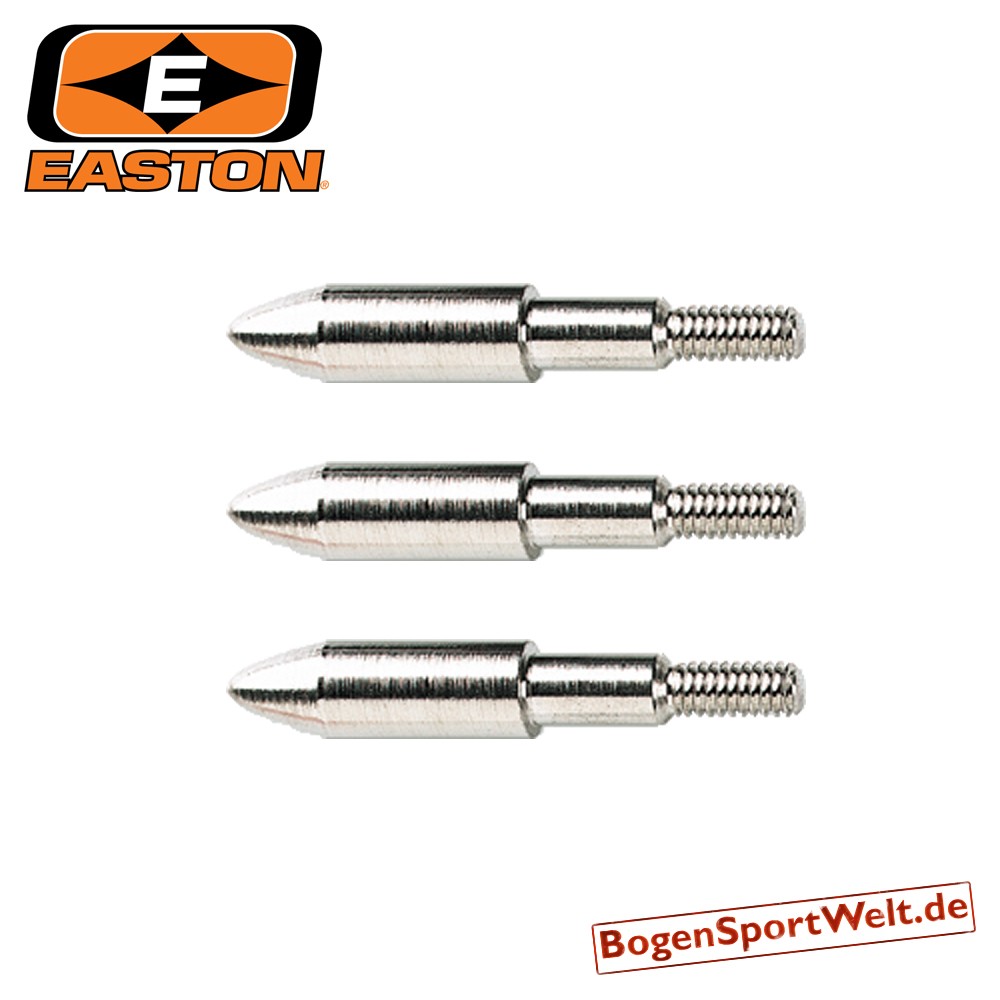 It's the big part of the point. You match it to the diameter of the shaft (or widest part of the insert or shaft reinforcement). If you get a diameter much larger than the shaft it can bug you when you go pulling the arrows from the target (depending on the type of target you use). With my crossbow bolts, sometimes had to unscrew the shaft to recuperate it losing the tip (and you don't want to leave a tip in a club target).

To go more in depth, you match:

See this manufacturer link for some examples and tables

disclaimer I'm not an archer

The following seems to be only half the story:

What does the numbering system on aluminum arrows mean? (ex. 2213)

I assume that point and shaft should have the same outer diameter.

But which diameter is meant by this number? The thread or the point's "head"?

Given that the diameter number X/64 of the shaft numbering system is its outer diameter in addition to the above assumptions, I'd say that the diameter you are looking for is the one of the "head" or in other words: the biggest diameter (red in the image)

But the faq also mentions shaft wall thickness. I guess that if your shaft has the correct outer diameter, it does not necessarily fit the tip, because the wall might be too thick. (green in the image) This is pure speculation on my part though. 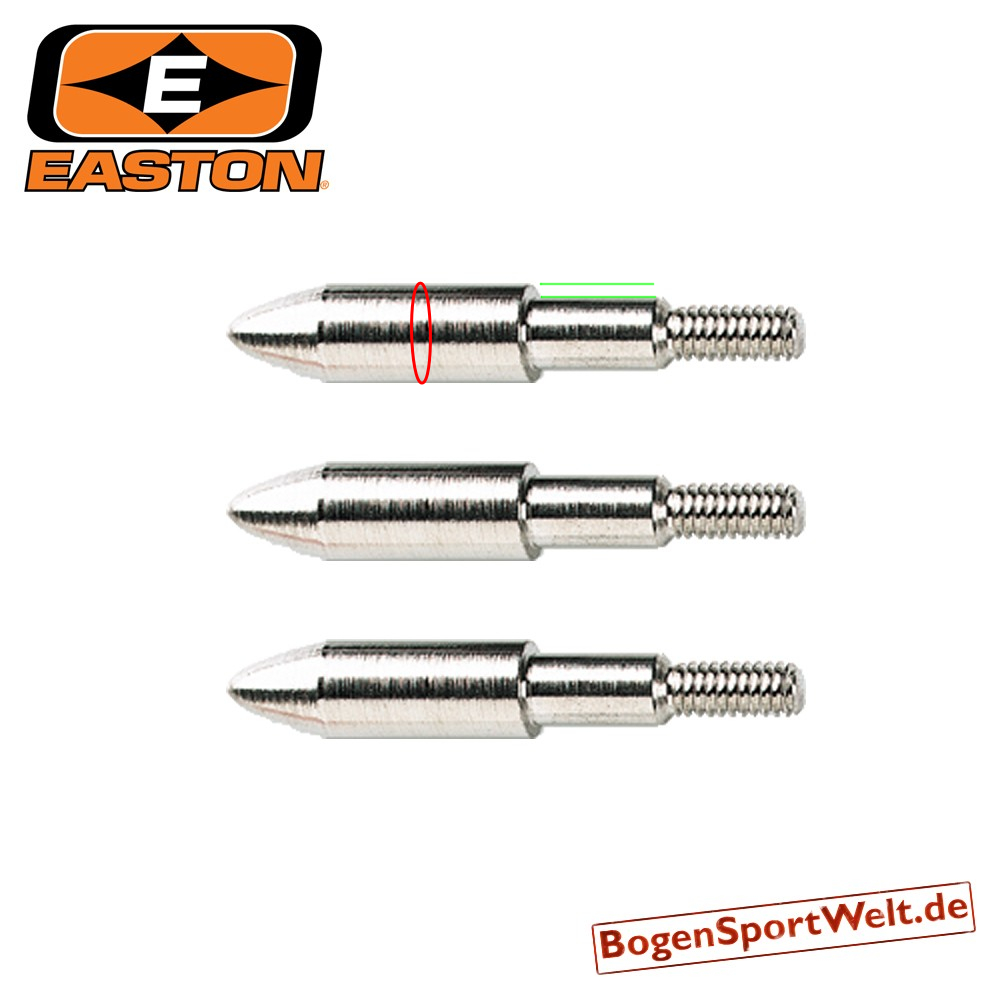 The size most buyers would be interested in matching is the outer diameter of the tip, the insert, and the shaft. From a casual search, the thread size of the insert is standardized at 8/32 (8 gauge thickness, 32 threads per inch).

This does not always appear to be possible, particularly with carbon shafts that may have a diameter of 0.295" (which is close to 19/64"). Some companies may manufacture inserts with a reverse taper; the preceding link mentions Gold Tip as an example where they sell an insert with a 5/16" (20/64") outer diameter that tapers to 0.295" where it meets the shaft.

(Apologies for mixing fractions and decimals; I have done it here because the manufacturers started it, I think most of you can figure it out, and I didn't want to lose some of the subtleties by rounding.)

Not the answer you're looking for? Browse other questions tagged gear archery arrows or ask your own question.

9
What crampon front-point setup options are specific for various types of ice climbing?
6
Does a tracer influence the arrow in any way
3
Differences between two spine declarations?
10
Need help Identifying the proper globe for an unknown propane lantern
5
How to kill a bear with a bow?
3
How should I clean epoxy out of the insert that goes in an arrow shaft?
2
The thread of my point broke while being screwed-in. How to get the insert out of the shaft?
11
Why is there a cock vane/feather?