How to prevent breath steam diminishing light power when using a headlamp?

I run often at night in the mountain. For that I use a headlamp that works very well, allowing me to keep my path illuminated and my arms free.

However, when it is cold my breath creates some steam that goes up into the direction of the light, diminishing the overall amount of light.

For this, I wonder: is there any way to get a good shaft of light without the steam decreasing its power?

Oh goodness, this is a terrible struggle in caves especially, because there is no air current and the breath just lingers forever in front of your face. It's especially bad when I'm trying to film the cave with my GoPro, and have a persistent cloud looming in front of my head cam.

There are three things you can do while wearing a headlamp:

Alternatively, you can get a sternum lamp, or light belt, they're popular for trail running, and have several benefits over headlamps, I for one don't like having any weight on my head when I'm on the trail watching the ground, especially while running: 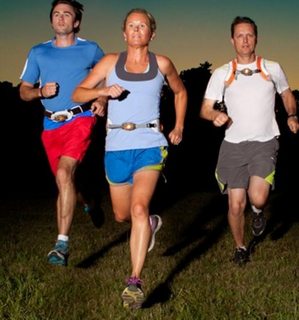 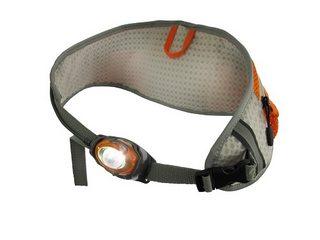 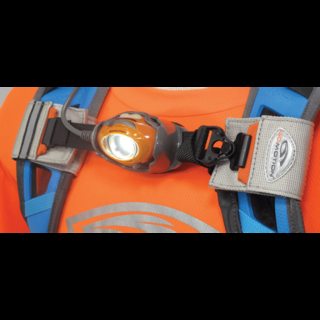 Cave photographers have to deal with a similar problem, where thin steam that's normally invisible can be seen in photographs taken with flash.

Steam is composed of fairly spherical droplets of water. These act in a similar way to road studs of the "cat's-eye" type - they reflect light directly back to its source. The solution is to move the light off-axis, so the reflection is no longer aimed at your camera (eye).

So take your head-torch off, and hold or attach it away from your line of sight. Attaching it to your belt is ideal, if you want to illuminate the ground - you now have less distance between the light and the target (though if you get it too low, you'll find that every rock casts a huge shadow, hiding your route).

This is the same principle as front fog lights on motor vehicles, which are low-mounted for the same reasons.

Not the answer you're looking for? Browse other questions tagged running night headlamps or ask your own question.

25
How can you prevent kids getting lost at night while camping?
21
How to apply duct tape and mole skin to prevent blisters?
7
How to Tell When Minimal Running Shoes Are Worn Out?
16
How to prevent mosquitoes entering in your mouth while running?
7
What are the pros and cons of using a red colored light source for hiking at night?