What is this belay/descender device called and how is it used?

Or may be it is an ascending device...

There are two movable part, both on one axis. 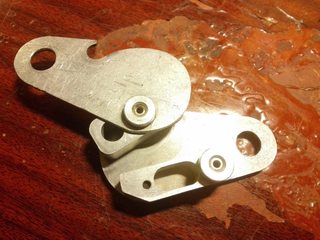 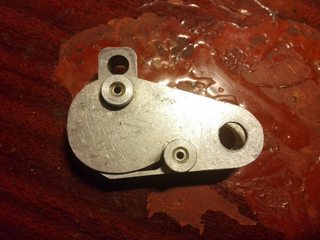 I tried searching about various descending devices, but I find mostly descriptions of Petzl things. This may be some old thing from USSR.

This looks very much like a homemade Grigri replication (or a predecessor). I assume from your description that the moving parts both rotate around the visible upper axis (red circle): One is the cover and the upper the block with the hole on the left. The position of the block in the lower part is assumed to be fix.

However I do not advise to use this device. The same is true for any device of unknown origin. 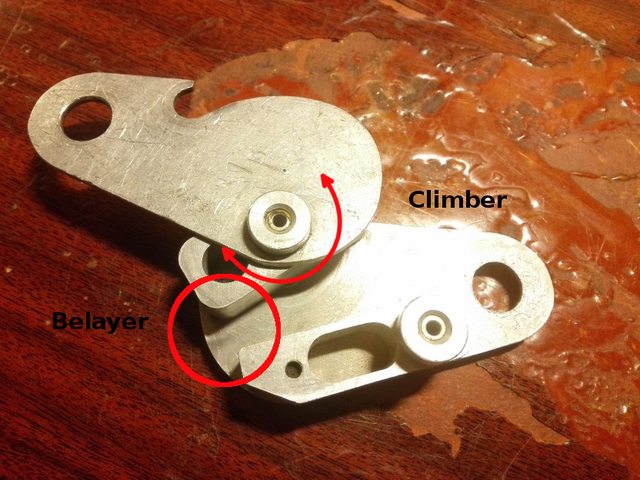 As to what its called: No idea, but as already stated: It is very similar to a Grigri.

As the others have said, this appears to be a homemade assisted-braking belay device or homemade descender, similar to a GriGri. The moving lobe inside is meant to grab the rope under upward pressure.

More importantly, does the item have a UIAA or EN or CE markings, or any markings at all? I'm guessing not since it appears homemade.

Regardless of whether you understand how equipment is tested and what the litany of hodge-podge of hangtag numbers mean, you know that if that gear bears the UIAA seal, it conforms to the most stringent international standards available.

Always look for certifications on climbing equipment. Usually the problem is identifying fake markings, but this one is easy, there are none. Understand the risks before using it.

It is an old DIY ascender device. My instructor approved it. It is not designed to handle falls, descending or belaying.

If somebody wants, I can add photos of sliding and locked states.

Not the answer you're looking for? Browse other questions tagged gear climbing belaying or ask your own question.

22
Why does my belay device have two holes?
14
What's the best way to swap lead when climbing in a group of three using a pair of half ropes?
13
When should a belay device be replaced?
10
How unsafe is this belay technique really?
11
Can a click-up belay tool cause rope wear?
8
What is the v-notch on top of the “Clickup” climbing belay device for?
5
Belaying/rappelling with a rope thicker than allowed by belay device
17
Are there any GPS devices with no transmission capability?