The bow's length and its influence

I'm looking for buying a new recurve bow for field archery. I currently shoot a Hoyt dorado and I love it. I have two sets of limbs for it. One #35 set that I use for field and another #50 that I use for hunting. I love shooting it specially because of its length (60" tip to tip) but I'm also aware the bow is too short for my draw length of 29.5 inches.

I know that bow length needs to match the draw length mostly because you lose precision when overdrawing it as soon as the string stops touching the limbs and just hold on the tips, string can swing sideways and affect arrow travel. (Unless you're natural for the sport. :) ). Similar thing happens to long bowers as the string doesn't actually rest on the limbs and instead it just held on the tips.

So, I've been thinking of buying a new bow, target type to use for field and I also know the minimum length would be something around 68" (longer than that, the bow would become more forgiving).

Is there anything in my understand that is actually wrong? Also, what else could be affected with a shorter bow?

I know that bow length needs to match the draw length mostly because you lose precision if overdrawing it as soon as the string stop touching the limbs and just hold on the tips, string can swing sideways and affect arrow travel.

A recurve-bow's string doesn't touch the limbs at full draw whatsoever. Check out these pictures: 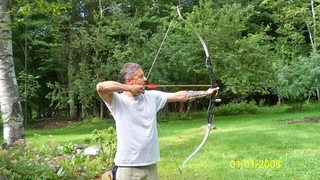 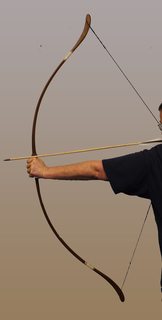 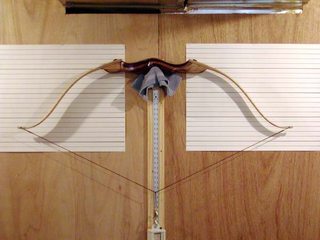 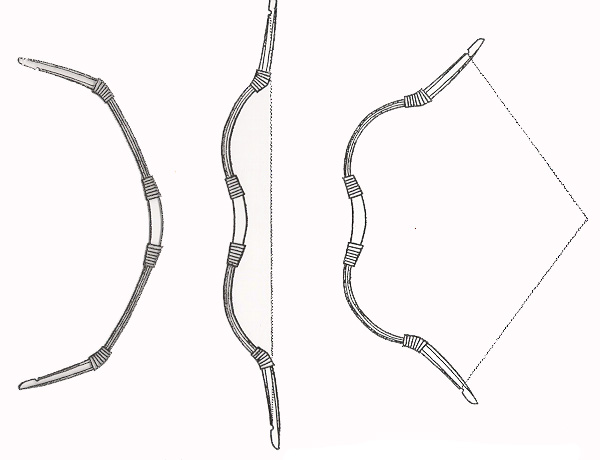 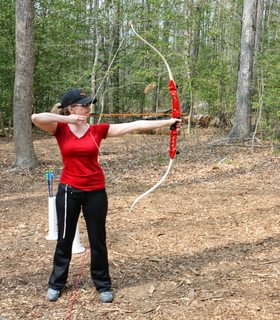 The string only "touches" the limbs (while undrawn) because of the "reflex" design which is used to increase the efficiency of the bow. The pieces which point away from you (when unstrung) make a recurve-bow more efficient than a longbow etc. That has nothing directly to do with accuracy! That just means that a recurve bow has the following advantages above a non-reflexive designed equivalent:

Just forget this quoted "overdraw" statement. It's just not true.

So, what's really the problem with short bows?

Shooting with them results in a more nervous (the bow, not you) shooting process. The little weight and stability in your hand makes them - of course - wiggle. Also the handshock (or "vibration" generally) is bigger.

The second problem is that a bow starts to stack at a specific draw length.

Stacking: Disproportionate increase in bow weight during the last few inches of the draw.

That's probably what you meant. Every bow starts to stack somewhere. You've to find one which doesn't stack for you. But that's more a design question rather than a length question.

Shorter bows are generally not so smooth to draw as an equivalent longer bow. That's the counterforce to the "they are faster"-thing (more about it in the next paragraph).

Why don't we just have generally a hell of a 80" bow then?

The advantages of a short bow include that they are faster (of course assume that we've the exact same bow in terms of material, design etc.). For example the already mentioned 60" Super Kodiak will be faster (with the same arrow-weight, string etc. of course) than his 64" brother.

The other thing is that they don't cuddle with bushes, trees etc. that much. That's why hunting/field bows are commonly shorter than target-bows. You just don't hit the nature with your limbs that much.

Don't shoot field with a target-bow. A target-bow is made for target-shooting (badumts :)). What's the difference?

A target bow is made to have a smooth, steady shot. It's absolutely more accurate if you don't have to adapt to other circumstances from shot to shot (like you have to in field archery).

But yeah, you are right. If you want to buy a target-bow, you should go for a 68" bow. The target-bows have an industry standard for that.

I'm looking for buying a new recurve bow for field archery. I currently shoot a Hoyt dorado and I love it.

Shoot what you love, man! :) You'll never gain that much accuracy as when you love your bow.

Don't buy a target-bow. It's just not made for field-archery and it doesn't fit your shooting style. If you've a hunting-instinctive-style (like Fred Bear taught us), you will have to create a whole new target-shooting-shot-sequence. Do you really want that?

Take your Dorado, go out and don't bother with its length. It's absolutely okay for you and a great bow. Whoever put this bee in your bonnet should be slapped for it.

You should rather tune your arrows to the maximum than considering to buy a new bow. A tuned arrow makes an incredible difference.

Not the answer you're looking for? Browse other questions tagged archery bows recurve-bow or ask your own question.

9
Is stringing a recurve without a stringer damaging to the bow?
9
Does rain harm a bow
6
Does a tracer influence the arrow in any way
11
Should I use a double or triple broadhead for boars?
4
Does the fletching length practically influence the arrow?
3
Arrows in full length measured without the nock?
3
Does a Bear Archery bow quiver influence my Grizzly?
9
How can one tiller a bow without a tillering tree or similar wooden device?
1
What is the lightest arrow practical for target practice?
3
Is there a way of calculating effective range with a compound bow?