What does lumen and lux for flashlights/torches actually mean?

Most torches have their brightness specified in lumen, sometimes one also sees a lux number, at times both. While the technical meaning of these units are clear (lumen is luminous intensity per steradian, lux luminous intens. per area, see wikipedia for more details), it is unclear how these numbers are measured.

Torches usually have one or several light sources plus reflectors and lenses, resulting in a light beam that differs from model to model and is spatially inhomogeneous. Thus the lamp as a whole is not really a point light source.

What does the lumen number refer to?

The lux number is conceptually easier, as it does not require a point source and could be measured at any point of the light beam. However it probably is along the central beam axis.

Is there an agreed upon position/method to measure these values (in between manufacturers)?

Lumens is the SI unit for luminous flux, which is essentially the total amount of light in the visible spectrum emitted by a source in all directions. Lumens does not depend on distance from the light source, because it must be measured in all directions. A related unit, lux, measures the amount of light hitting a certain surface area, and is dependent on distance. 1 lux = 1 lm/m2. If you were to measure the lux on every surface of an imaginary sphere around a light source and add it up, you would get the total lumens output of the device. No matter what the diameter of the sphere, you would get the same number of lumens. As you increase the diameter, the brightness on any given surface is lower, but the surface area you must measure increases. 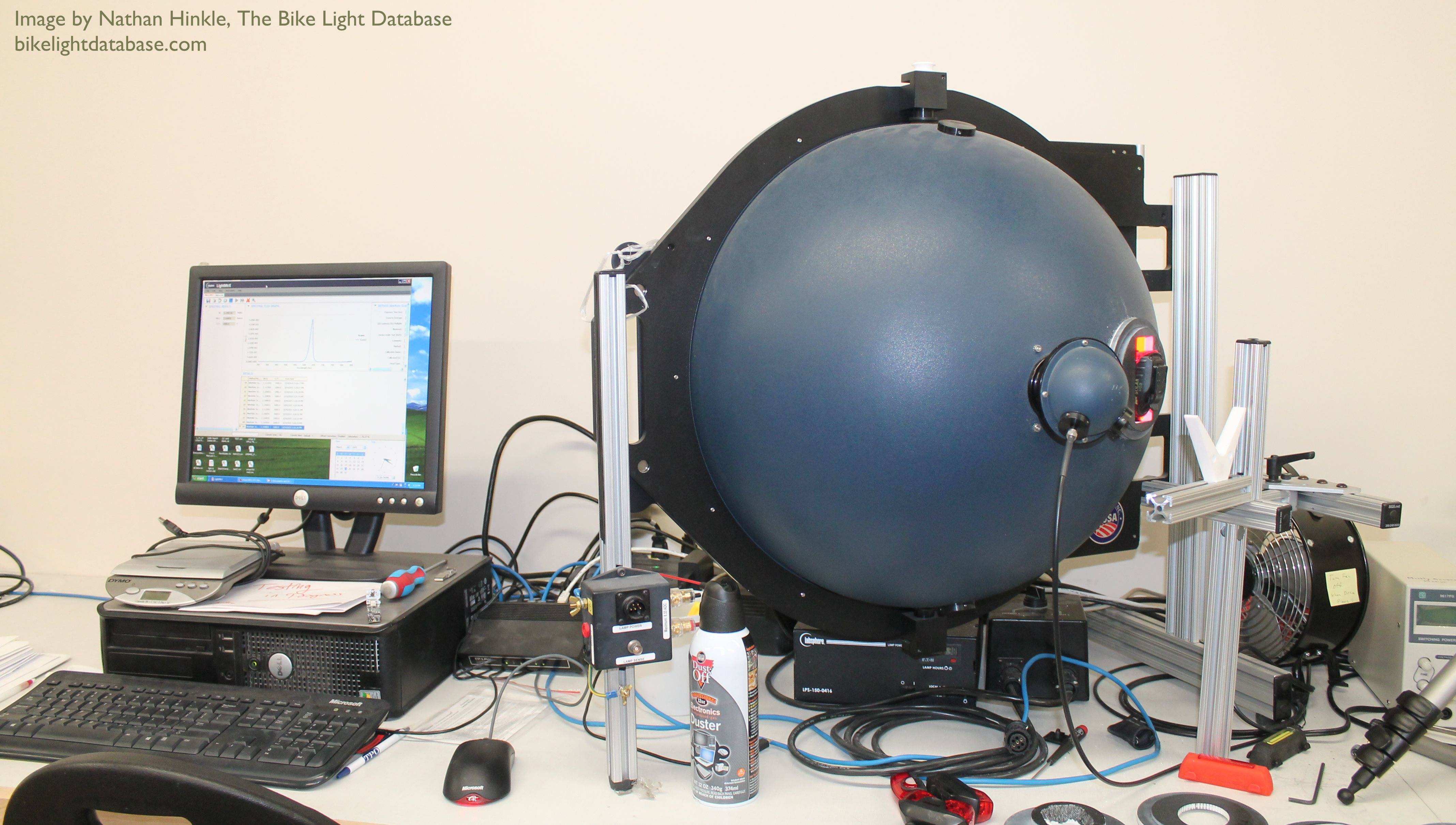 Lux can be measured with a low-cost hand-held light meter. Of course, an accurate and calibrated meter costs more. Lux is lm/m2; in other words, how much light hits a particular area. Lux meters collect light from an aperture of a known size, typically about 1 in2. 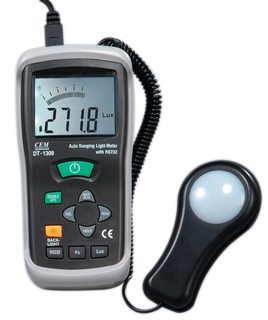 The lux number is conceptually easier, as it does not require a point source and could be measured at any point of the light beam. However it probably is along the central beam axis.

Lux does depend on position, because it's light per area. The further you get from the light source the more the light beam has diffused, so the less light hits a particular area, as illustrated by this drawing from Wikipedia: 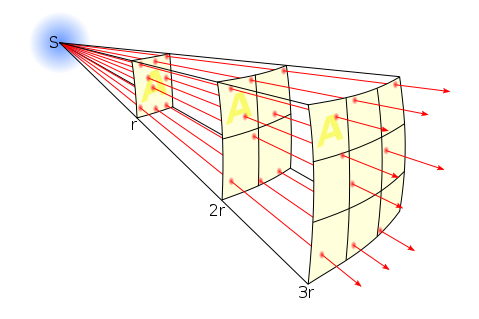 Candela is the unit for a point measurement which doesn't depend on the distance. Candelas are inversely proportional to the square of lux. You can convert lux to candela using the inverse square law: candela = lux * (d)^2 where d is the distance in meters from the light source.

Is there an agreed upon position/method to measure these values (in between manufacturers)?

Yes, there is. The ANSI FL1 Standard was developed by the flashlight industry in 2009 and specifies particular measurement techniques and testing conditions. The standard includes test methods for beam distance (derived from lux), peak beam intensity (candelas at the center/brightest spot of the beam), battery run time, light output, and other features like impact resistance and water resistance. It also specifies standard icons and marketing guidelines to ensure consistent information is available to consumers. Here is a summary of the markings and their associated meanings, from Streamlight: 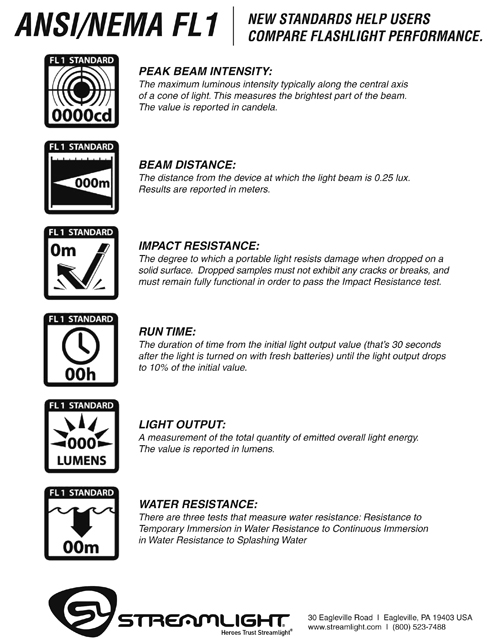 Not all manufacturers follow the FL1 standard, although most reputable ones do. Some have their own testing process which is similar, while others simply make up numbers to sound good so they can sell lots of crappy products to poorly informed consumers. Certainly be skeptical of outrageous claims, especially if the product doesn't have FL1 Standard markings on the packaging or website.

Simply put, lumens is the total amount of light coming out of the flashlight, and lux is the measure of how much of that light is focused in one area. One lux equals one lumen per square metre.

If light were paint, lumens would be equal to litres, and lux would be how thickly you apply the paint. If you're only covering a small area, then you can make your paint pretty thick, but if you try to spread it to cover a larger area, then it's going to get thin.

With your flashlight, the lumens don't change, but you can focus the lumens into a smaller area and up the lux in that area.

Lumen: The lumen is essentially the amount of light emitted from the point source. A candela is roughly the amount of light emitted from one lit candlestick in any direction over an angular span. A lumen is considered the luminous flux of that light source and can be found by multiplying the intensity (the candela) by the angular span over which the light is emitted.

Lux: As you pointed out, lux refers to the intensity of the light which can be intensified by mirrors and direction or shortened by the lack thereof. For instance, you can concentrate the light and create a high lux output with a smaller footprint (like a spotlight) or not concentrate the light and create a lower lux output with a larger footprint (like a floodlight).

Here's a good source for more information on it: http://gemini-lights.com/explore/lux-and-lumens

14
What characteristics should I look for in a good torch/flashlight?
8
Ski set that does both downhill and backcountry?
10
Advice for waterproof winter jacket for city and cycling
7
Retractable reel for twine - does it exist?
7
Do flashlights (torches) with multi-color capabilities have any applications for usage in the great outdoors at night?
8
What is a "pace" counter and how does it work?
10
What do the UIAA markings on rock climbing gear mean?