What's the difference between a fjord and a fjard?

Last year we visited some friends at their summer home in Lamoine, Maine, in Northeast United States. They took us to a place called Somes Sound, on Mount Desert Island. It's either in or near Acadia National Park, I can't remember which. In the ocean running under a bridge at the base of some large rocks, we saw a powerful and fascinating swirl of water which we were told was the only true fjord on the East Coast.

My friends have recently returned for this summer, and I just received an email saying that, although it looks the same to them, the fjord had been "downgraded" to a fjard.

What's the difference between the two, and why would the fjard be considered a "downgrade" in status?

Edit: We just returned from another visit to the area in October of 2016. We learned that

Somes Sound is a large and deep body of water located in the lower mid-section of Mount Desert Island, Maine, whose cavity was formed from past glacier activity.

According to the same site,

Somes Sound was described as a “fjord” and the only one of its kind on the East Coast. In recent years, this description has been somewhat downgraded to the “fjard” because it lacks the extreme vertical topography and the oxygen deprived sediments as the Norwegian fjords.

The tide was out so the pictures we took weren't as dramatic as what we actually saw last year. Hopefully they're good enough to give you an idea. (Click on them for larger view.) 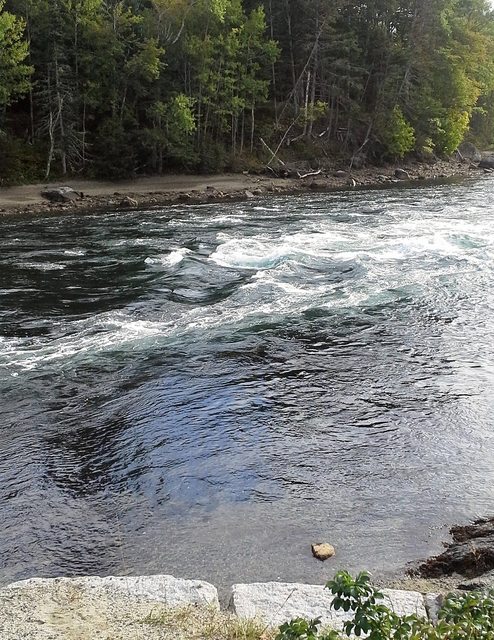 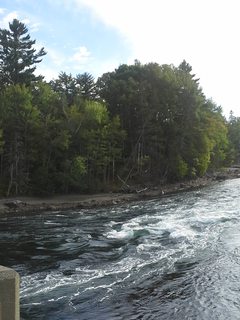 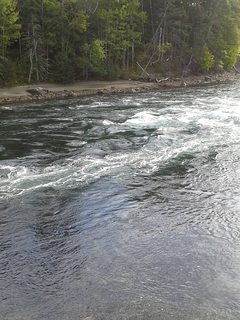 I think Wikipedia article on Fjard has a very good explanation:

Although fjards and fjords are similar in that they are a glacially-formed topography, they still differ in some key ways. Fjords are characterized by steep high relief cliffs carved by glacial activity and often have split or branching channels. Fjards are a glacial depression or valley that has much lower relief than a fjord. Fjards fill with eroded local materials which assists "filling" along with rising sea level since the last ice age contributing as well. Other low relief landforms that are only associated with fjards such as mud flats, salt marshes, and flood plains further characterize the difference between fjords and fjards.

The "Förden" of the German coast and the fjords of Danish eastern Jutland together form a third type of glacial inlets.

A fjord, also spelled fiord is a long narrow arm of the sea, commonly extending far inland, that results from marine inundation of a glaciated valley. The great depth of these submerged valleys, extending thousands of feet below sea level, is compatible only with a glacial origin. It is assumed that the enormous, thick glaciers that formed in these valleys were so heavy that they could erode the bottom of the valley far below sea level before they floated in the ocean water. After the glaciers melted, the waters of the sea invaded the valleys. Fjords commonly are deeper in their middle and upper reaches than at the seaward end. This results from the greater erosive power of the glaciers closer to their source, where they are moving most actively and vigorously.

A fjard is a rocky inlet of the sea, usually found along relatively low-lying coasts. Formed by the submergence of a glacial valley, fjärds are characteristically more irregularly shaped than the fjords. Like fjords, they may be quite deep and may have thresholds at their mouths. Fjärds are often connected by mazes of channels but are not typically river-fed estuaries.

Not the answer you're looking for? Browse other questions tagged sea terminology or ask your own question.