What is a so called “Weiderost” (cattle guards)?

Last time we visited Austria for holidays we've recognized devices called "Weiderost" (literally translates into pasture grate). It's a coarse meshed grate laying in the street. It can be found where a fence is crossing a street. The grate kind of connects the two ends of the fence (the fence can't just pass it of course because driving and stuff). We know that it's called "Weiderost" because there were signs telling us so - "Caution! Weiderost!" - every time we came across one. 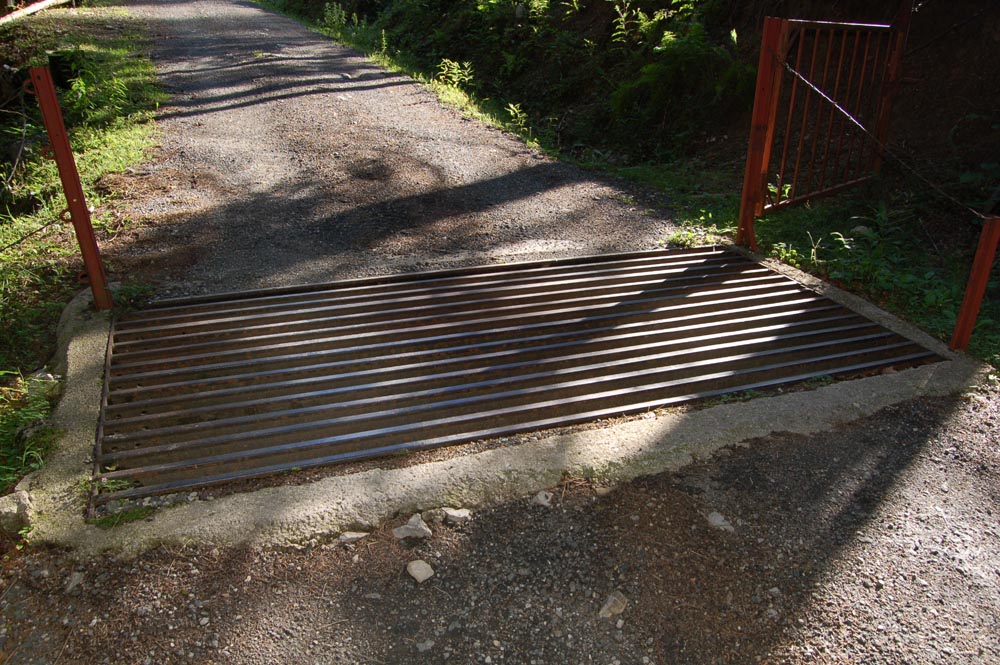 What is this used for?

There are different kind of obstacles so that farm animals like cows on alpine pastures stay in the related territory. If you hike, you often pass little doors or Z-shaped wooden obstacles or have to lift gates.

For dirt roads this is similar, the cattle needs to be restricted so e.g. with a "Weiderost". In comparison to a gate you can always overcome the bars by car, but cattle and sheep aren't likely to overcome. So they are often build on roads for agricultural use or the kind, where they have to drive by regularly.

In North America they're called cattle guards, or Texas gates, and they are everywhere (where I'm from at least). They're intended to replace a conventional gate by discouraging livestock from crossing, while also accommodating vehicles by not making them stop to open and close a gate door.

They are treacherous for cattle, who have to learn not to attempt to cross them. A cow or other large animal can easily get stuck or hurt in a cattle guard, and if left unaided, they can prove fatal:

Cattle Guard for cyclists to cross (Explicit content, mouse over to view): 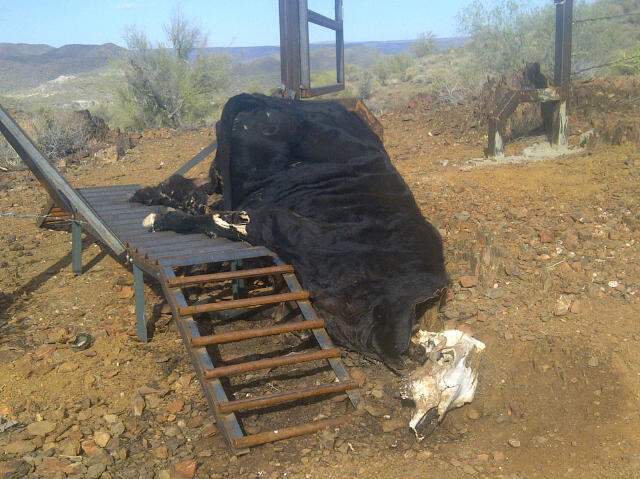 Bull that attempted to jump a gate (Explicit content, mouse over to view): 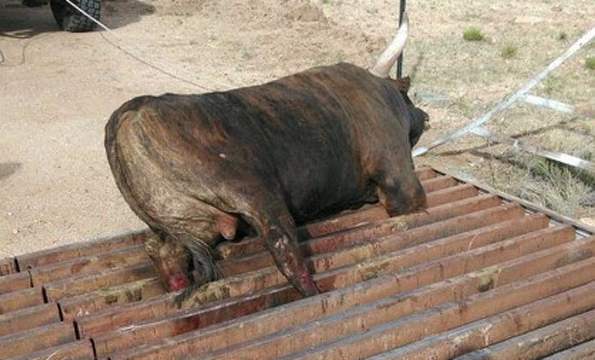 Cattle guards are used to keep cattle out of fields as much as they are to prevent them from escaping. Aside from destroying the planted fields, cows can also die if they eat certain crops. Wheat for example is something that cows can't digest properly, if a cow gets out into a wheat field and fills up on grain, they'll bloat up and die a horrible painful death.

Interestingly enough, cattle guards are so common out here that some people can even get away with simply painting them on the roads: 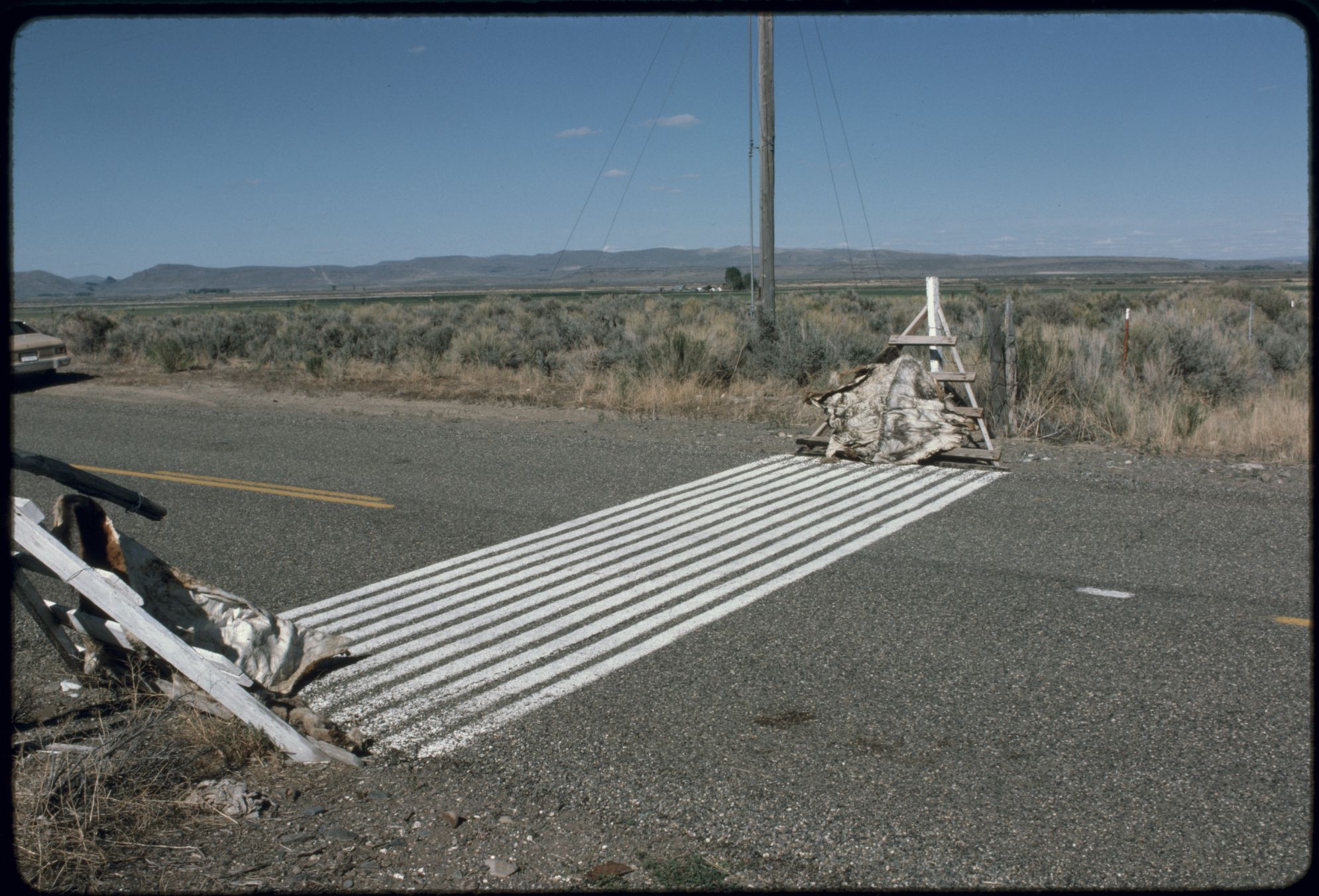 I'll never forget the first time I encountered a painted gate, we rounded a corner going faster than we should have been going and hammered on the brakes in a panic when we saw it. We were confused for a moment after we rolled smoothly over the lines without the jarring rapid fire hits to our suspension, it's hard to tell a painted gate from a real one when you're going fast.

Not the answer you're looking for? Browse other questions tagged hiking walking austria or ask your own question.

26
What do you risk when you ignore blisters and carry on walking?
15
What are the benefits of Vibram FiveFingers?
11
What happened to the Rendlesham Forest Bird climbing frame?
32
“Don’t step on anything you can step over.” - What does this mean?
10
What precautions should we take in situations when hiking or walking through tall grass?
10
What are some blind-friendly wildlife trails in or including Massachusetts?
54
What are the dangers of walking barefoot in towns/cities?
12
What kind of baby carrier is best for use walking and climbing in the hills?