I found this dragonfly, 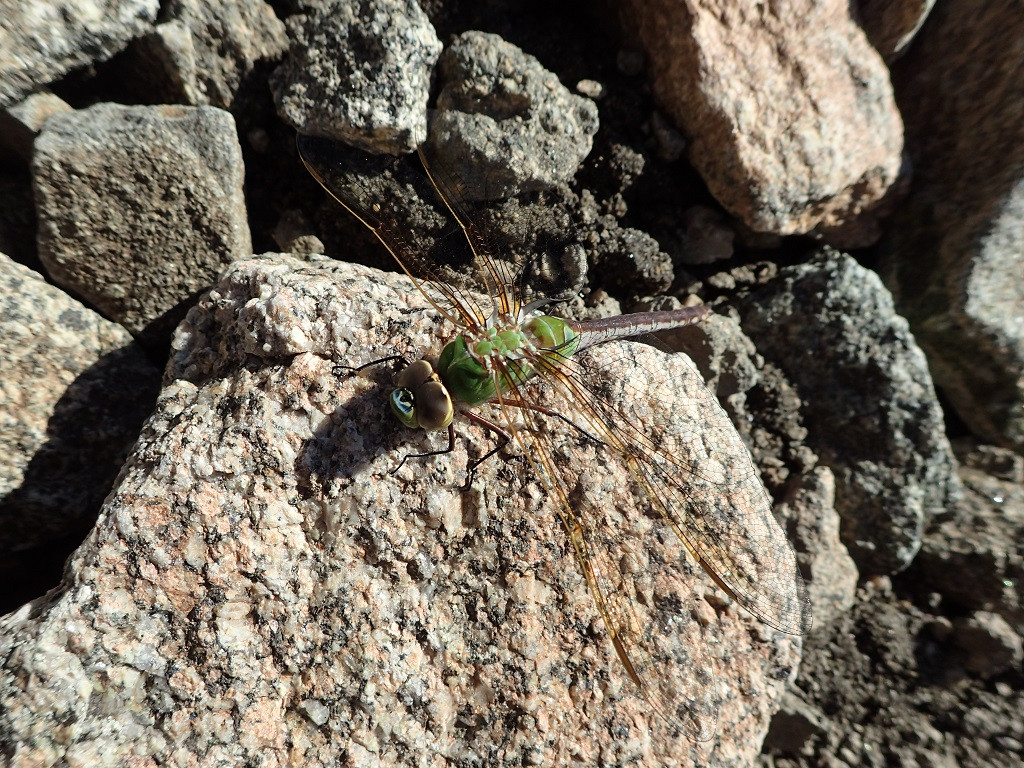 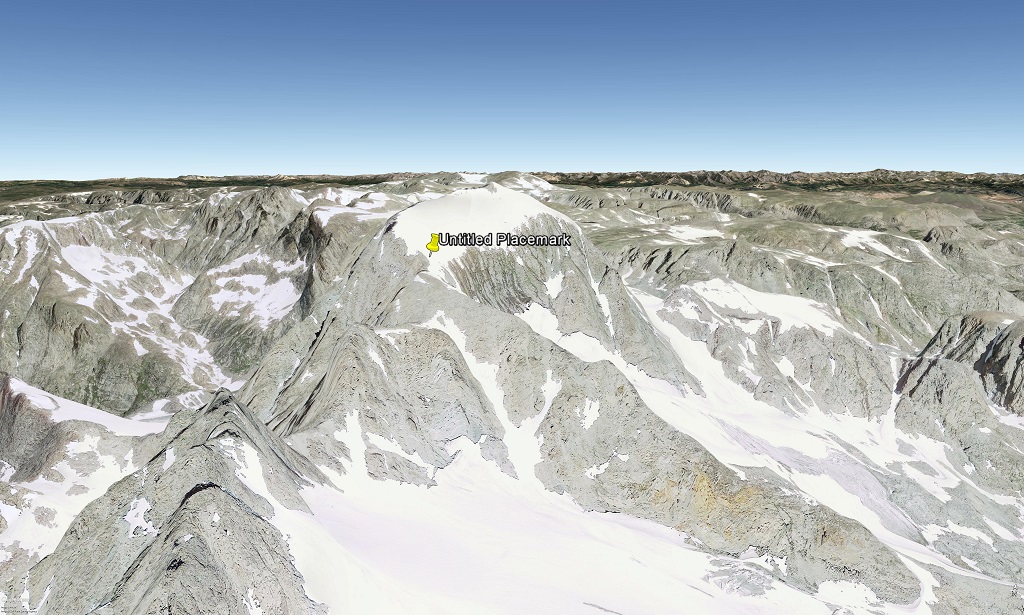 Would the wind have picked it up and dropped it there or could it have flown there or is there another option that I haven't thought of yet?

I am not an expert, but this caught my attention.

Dragon flies are known to migrate along mountain ridges, which Google Maps indicates the location is. Being cold blooded they warm themselves by basking in the sun

In North America, migrations are seen annually in late summer and early fall, when thousands to millions of insects stream southward along coasts, lake shores, and mountain ridges from Canada down to Mexico and the West Indies, passing along both coasts of the United States and through the Midwest. Movement back north is less obvious, but we know it occurs because mature adult dragonflies appear early in spring at places where overwintering resident immatures (nymphs) have not yet emerged.

So the answer to your question, is that it probably flew there, as part of its normal migration. It was cold and it stopped to rest sunning on a rock.

Not the answer you're looking for? Browse other questions tagged animal-behaviour bugs or ask your own question.

8
What are Miner bees, and how do they differ from other bees?
5
How would you protect yourself from Rocky Mountain Goats?
31
How would you help a snapping turtle cross the road?
5
How/why do moths appear to not move for days?
5
Is this a dragonfly or a damselfly?
18
Which animals would kill porcupines?
3
Why would porcupines sleep on the ground during the day?
8
Why would a raccoon climb a building?
52
Why would a seal be flinging an octopus around above the water and then slapping a kayaker with it?
10
How would a sea turtle end up on its back?