I have read some posts here regarding the expiration dates of climbing material, especially trad gear. Friends and nuts (as all climbing equipment) have a lifespan of 10 years according to all manufacturers, but I believe the expiration dates of some pieces are longer than our own lives. This is the case with friends, nuts and hexes: there are no parts that should change a lot in time, and even less if you're climbing in mild environments (away from salt water, ice that has a very low pH, etc). Regarding friends, the only part that should be substituted is the sling, and many manufacturers ask you to send old equipment to them so that they can re-sling it for you.

The point here is that climbing is a major (since last week, olympic) sport now, but 60 years ago it was an unorganised niche of potential suicides. There were no companies that would do that for you: people would build hexes and nuts out of old bathroom plumbing, and would sling them with chords and cordelettes. Modern climbing material still teaches how to re-sling old trad gear or build belay cordelettes, which means tying mainly the water knot or the double (ot triple, etc) fisherman's knot, presented below.

Now, keeping in mind people have used both of those knots in climbing for the last century, it's hard for me to believe they aren't safe. I've read that the impact of a hard fall would be enough to "melt" something and then bla bla, but I didn't find any evidence of that on the web. In fact, I think it might be possible to prove that this sentence cannot be true. I have some gear that I have re-slinged with the water knot and it has been catching me every day (this doesn't mean it works, I just might have been lucky 200 times in a row).

Now, does anyone have any evidence of re-slinged material or any of those knots failing?

All those pictures of climbing heroes like Chouinard and Long climbing with dozens of cordelette-slinged hexes on their racks... Were they at risk?

Testing by the QC Lab at Black Diamond suggests there is a lot more design and consideration going into cam/friend sling design than just knot vs bar tack.

Because when the Camalot was loaded during testing, the cable pinches down, and ultimately cut the webbing at loads less than we were happy with (gunnin' for 14 kN but only getting about 10 kN)

So then, it may depend on the cam's thumb loop design. Do yours have a similar loop design? Have you loaded it to 10 kN, or have you had 200+ lower-force loads on it? There are many variables to consider that a home-slinger may or may not consider or test, leading to unsafe equipment.

As for the old-school climbers, I don't think this can answer for them. I don't know their designs or how much tail they left on their water knots. Some may have properly tested their equipment, others probably not.

Until properly tested to failure, one should not assume a homemade re-sling is as strong or reliable as a manufacturer re-sling, regardless of knot vs bar tack.

Climbing accidents very rarely are a result of mechanical failure, and almost always a result of human error.

Traditionally, climbers built their own climbing gear as you've mentioned, I personally know a few old school climbers who years a go used to climb with machined nuts they found in their garage and slinged with cord.

The difference with climbers of old and climbers today, is the old-school climbers were boldly going where no man had gone before, whereas today there are a lot of weekend warriors timidly attempting to go mostly only where their topo guides say is safe to go.

There is a paranoia in today's climbing culture with safety (see Dropping gear: Where did the hairline/micro fracture urban legend come from? for one example). Unless a piece of gear has been extensively fail-tested, then most of the climbing community won't even touch it out of fear that it'll be the cause of their demise.

Re-slinging your gear with tube webbing or cord is a perfectly acceptable practice: How do I get cam slings replaced? And as I've already stated, there is little to no evidence of anyone's gear failing under proper use. Accidents may be on the rise in the climbing community, but so are the numbers of stupid people trying out the sport. The average person with an adequate amount of common sense has little to fear.

I'm often annoyed by the young gym-climbers spewing about the latest blog they read and how you're not supposed to do things a certain way out on the crag. Like when I use a water bowline instead of a figure eight follow through, "You shouldn't use that knot, because it's easy to tie a water bowline wrong and have it fail..." In my head I'm thinking, "I've been tying knots since before you were even a dirty thought in the back of your daddy's mind, go back to your computer blog you little punk."

A lot of today's rock climbers want a sport that is 100% risk free, and shy away from anything that they feel might inject risk or doubt into the sport. Need I remind them that the majority of the mountains in the world were first climbed hundreds of years ago using sticks, chock stones, manilla ropes, and without a route guide. Were they at risk? ROCK CLIMBING IS A HIGH RISK SPORT, OF COURSE THEY WERE AT RISK! But they were smart, they had wits, and they had a hunger for danger and adventure. If you don't like taking risks, don't climb on rocks! If you're not comfortable with any aspect of climbing, then follow the golden rule of:

But bear in mind that just because you're unsure, doesn't mean it's universally unsafe.

Not following your logic here. You seem to assert if we don't have a record of the knot failing then safe to lash up old gear. There are newer designs. Hardware fatigues. The knot is not the only point of failure.

Just because a water knot is still taught does not mean there is not something better for certain situations? It is tool / knowledge any climber needs.

It is not just about the knot. Designs have change to doubling up at highest points of failure. You may have the same level of safety but at a lighter weight.

Technology improves. If you think safety of older technology is fine for your risk profile then that is your choice. A 20 year old bike is good enough - the newer bikes are a lot better. A car today is safer than a car 20 years ago.

For you to assert a friend should last a life time is silly. Aluminum fatigues. Springs fatigue. Modern design is far advanced over the original friends. No way I would use some of my aluminum carabiner from the 70's.

Webbing has not changed much and the water knot seems to be pretty solid.

Ropes have changed. There is some discussion and research on WHAT IS THE STRONGEST RAPPEL KNOT. But it is reported failure is way beyond a fall.

Early Friend. Not as versatile and would walk on you so sometimes you did not get them back. I would not use any of my original friends even on a practice route. 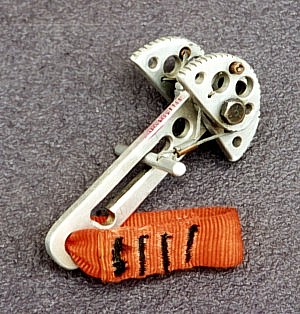 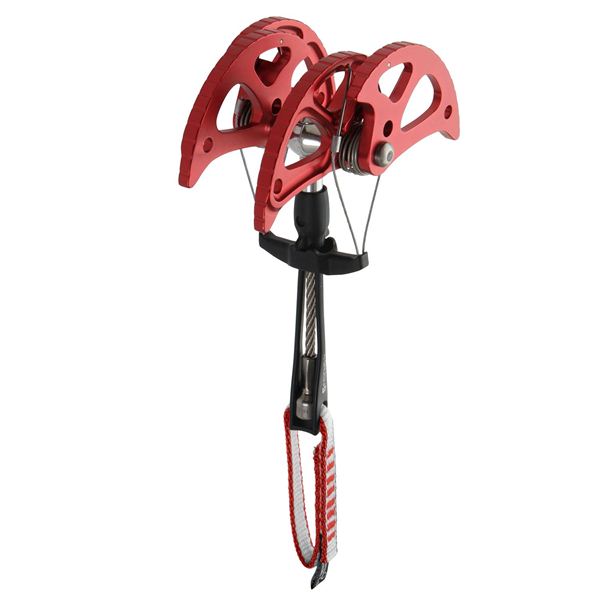 Technology has a improved and so have materials.

Yes heroes like Chouinard and Long climbed with dozens of cordelette-slinged hexes on their racks were at risk. With modern equipment they would be climbing with less risk, lighter racks, and more versatile equipment.

Not the answer you're looking for? Browse other questions tagged safety climbing knots repairs or ask your own question.

19
Dropping gear: Where did the hairline/micro fracture urban legend come from?
13
How do I get cam slings replaced?
9
Is dyneema rope without a sheath safe for climbing?

20
Using a Girth Hitch in Alpine Draws
7
Applications of a slip knot in climbing?
12
Efficient technique for handling trad gear?
9
Is a barrel knot the same as a double/triple overhand knot?
13
Quickest / most efficient way to ascend a hanging rope with rock climbing gear?
9
Are nuts and cams less safe if the rock is wet?
5
What would be the disadvantage of racking trad gear around the shoulders rather than the harness, if any?
13
Is there a good way to be kept up-to-date with climbing gear recalls?
1
Climbing-line "rope-thimbles", unsure how to utilize these (got several 1/2" 'steel rope thimbles' with my climb-rope!)
4
Liquid chalk spill on climbing gear