What is this wet/oily residue all over the rocks in my yard?

I live in the Sierra Nevadas, a little over 8,000 feet up. There's an area in my yard that has rocks with a bright shiny sheen to them. I've seen some kind of coating on nearby plants (which doesn't seem to harm them), which I'm guessing is maybe the same thing.

My question: what the heck is on my rocks (and plants)? I've attached a picture looking up. There's a regular douglas fir and a residential power line, but there are powerlines all over the neighborhood and douglas firs all over the yard: this doesn't show up anywhere else. And a big area of the sheen just has blue sky overhead.

Example shiny sheen rock. The bottom of a nearby rock laid up against it. 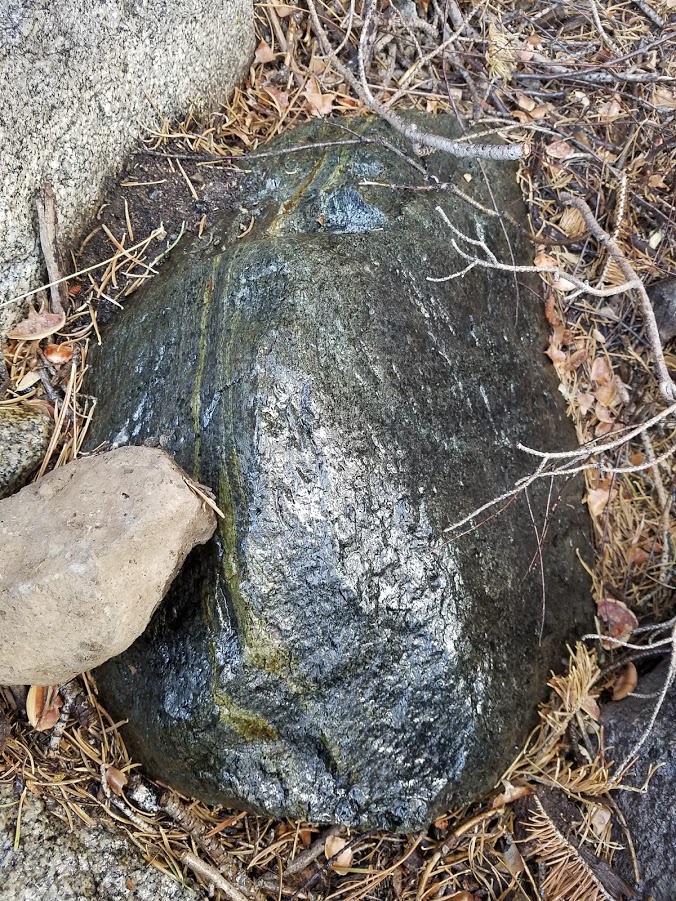 Shiny part on right (that was exposed to the air), dull part on left that was in the dirt. 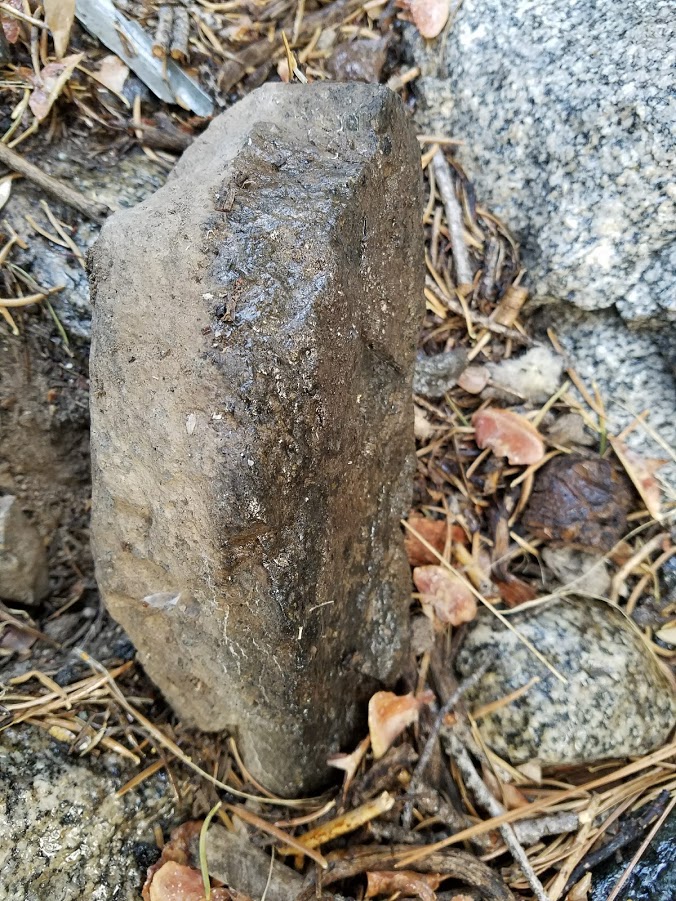 Not sure if it's the same stuff, but this residue is on the plants in the affected area. 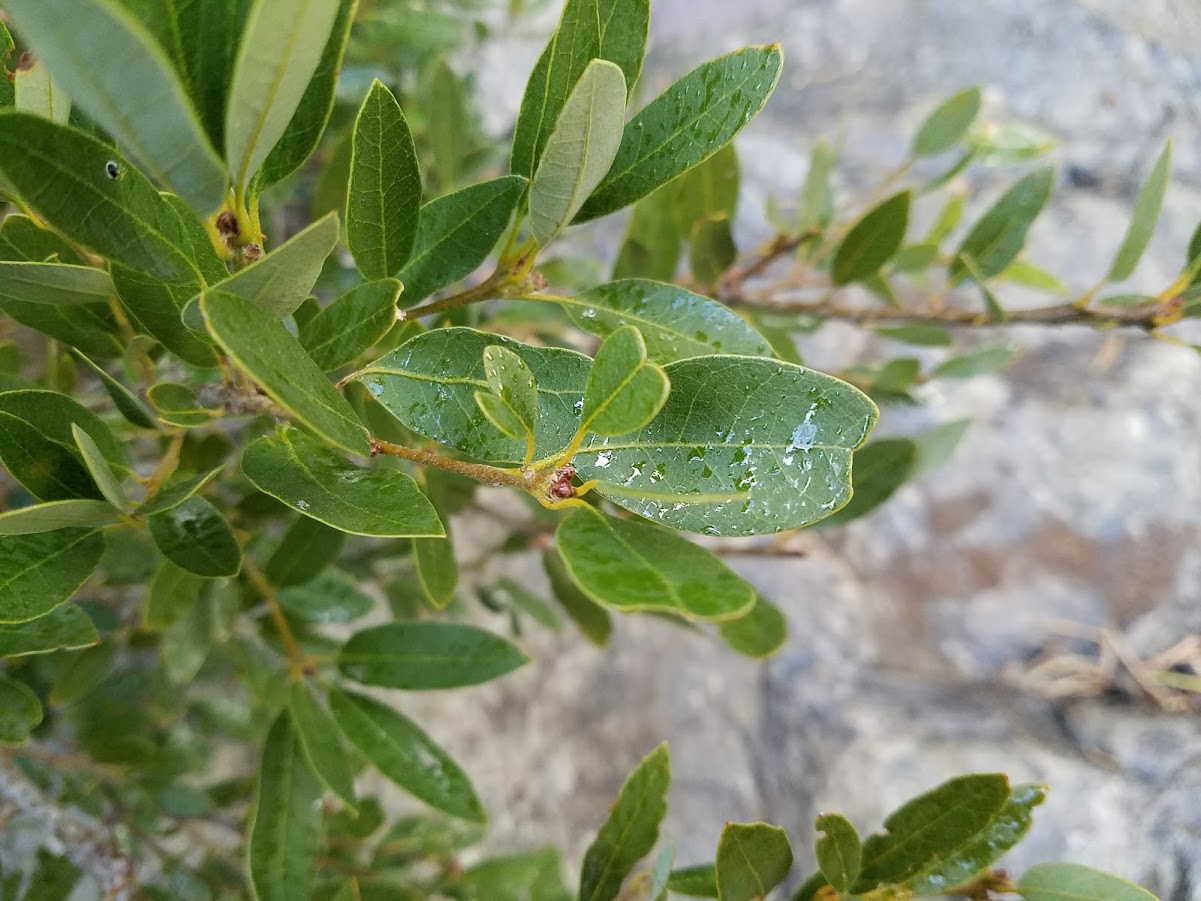 I went into the middle of the area and snapped a picture looking straight up. Residential powerline overhead (~30' up), standard issue douglas firs nearby. 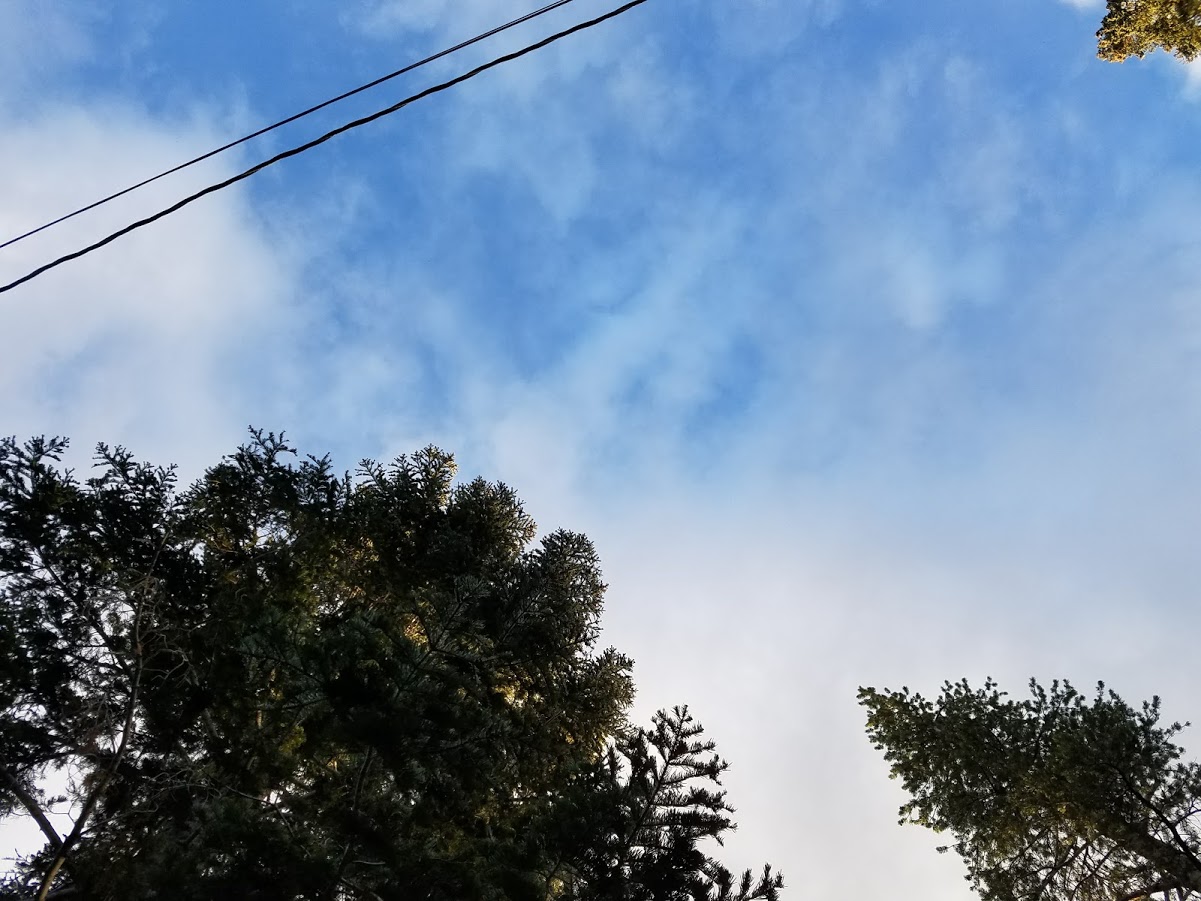 There's a Wikipedia article on it right here: https://en.wikipedia.org/wiki/Desert_varnish

In a nutshell, Desert varnish (also known as rock varnish) is a dark, thin (usually 5 to 500 μm thick), layered veneer composed of clay minerals cemented together by oxides and hydroxides of manganese and iron.[1] 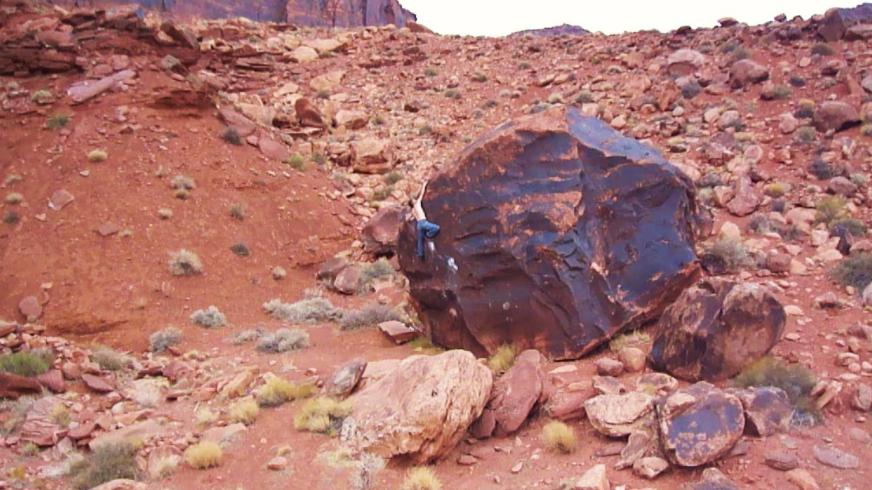 It could be a sugary secretion that some insects produce and that has fallen from the trees. It is usually called "honey-dew".

Sure looks like a high gloss sealant to me.

Clean the rock up and apply a high gloss concrete/masonry sealant to the other side and I bet you get a match.

Or take a wire brush to they shiny side.

Hard to believe it is a natural occurrence when the rock next to it has no shine.

Not the answer you're looking for? Browse other questions tagged california identification or ask your own question.

3
What kind salamander is this black and grey one I found at around 11,000 feet near Mt Ritter in the Sierras?
6
What is this raised, icy-looking structure, found at the edge of a partially frozen lake?