What are the feathers under the hackle in the rooster saddle?

I just bought my first whole rooster saddle for hackle and found out that there are some soft webby feathers under the usable hackle: 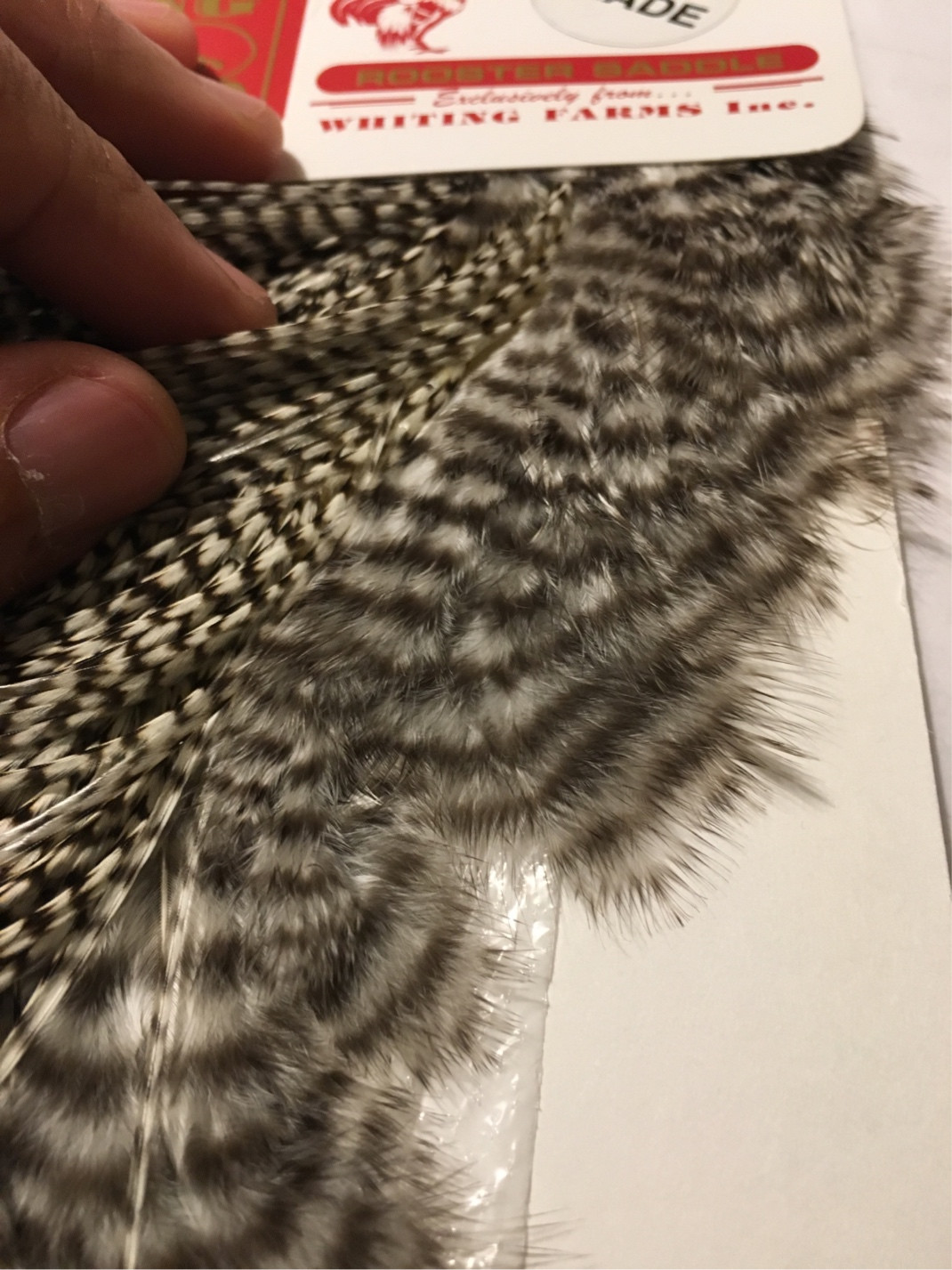 I reckon that they are some sort of soft hackle, but some of them look like chickabou. Are there any uses for them when it comes to fly tying?

Yes, those do look like a soft hackle of some kind. I don't know which bird, but as long as they are soft they can be useful for a number of purposes. Globalflyfisher.com has some excellent info on specific fly tying, and their page on soft hackle includes this:

Not the answer you're looking for? Browse other questions tagged fly-fishing fly-tying or ask your own question.

9
What are the disadvantages of using a lighter fly line than the indicated for the reel?
6
Will practicing casting on my backyard lawn damage my fly line? If so, how to avoid it?
7
Alternatives to Dacron backing on fly reel?
7
Can I reuse the soft fibres from hackle feathers in some other fly tying application?
4
Buzzer / chironomid hook size for still water fly fishing
2
If you are starting to tie your own fly fishing flies, what types would be the easiest to start with?
3
Technique for fly fishing into the wind?
0
Is the casting technique any different when using a dry and a wet fly at the same time?
1
What would the basic gear for fly fishing be?
4
How should I cast to a trout lying in the tail of the pool?