What is this mountain seen from above the Banks Lake region of Washington State?

In January 2016, I was on a flight from London to San Francisco and photographed this prominent mountain (the large one, roughly in the centre of the horizon). Can anybody identify it?

The photograph was taken approximately over Banks Lake in Washington State; the camera was pointed somewhere between west and north-west. In case it helps anyone judge the scale, the photo was taken with a 50mm lens on a camera with a 1.6x crop factor. I cropped the image to 16:9 by removing some sky; the width of the image is the original field of view. 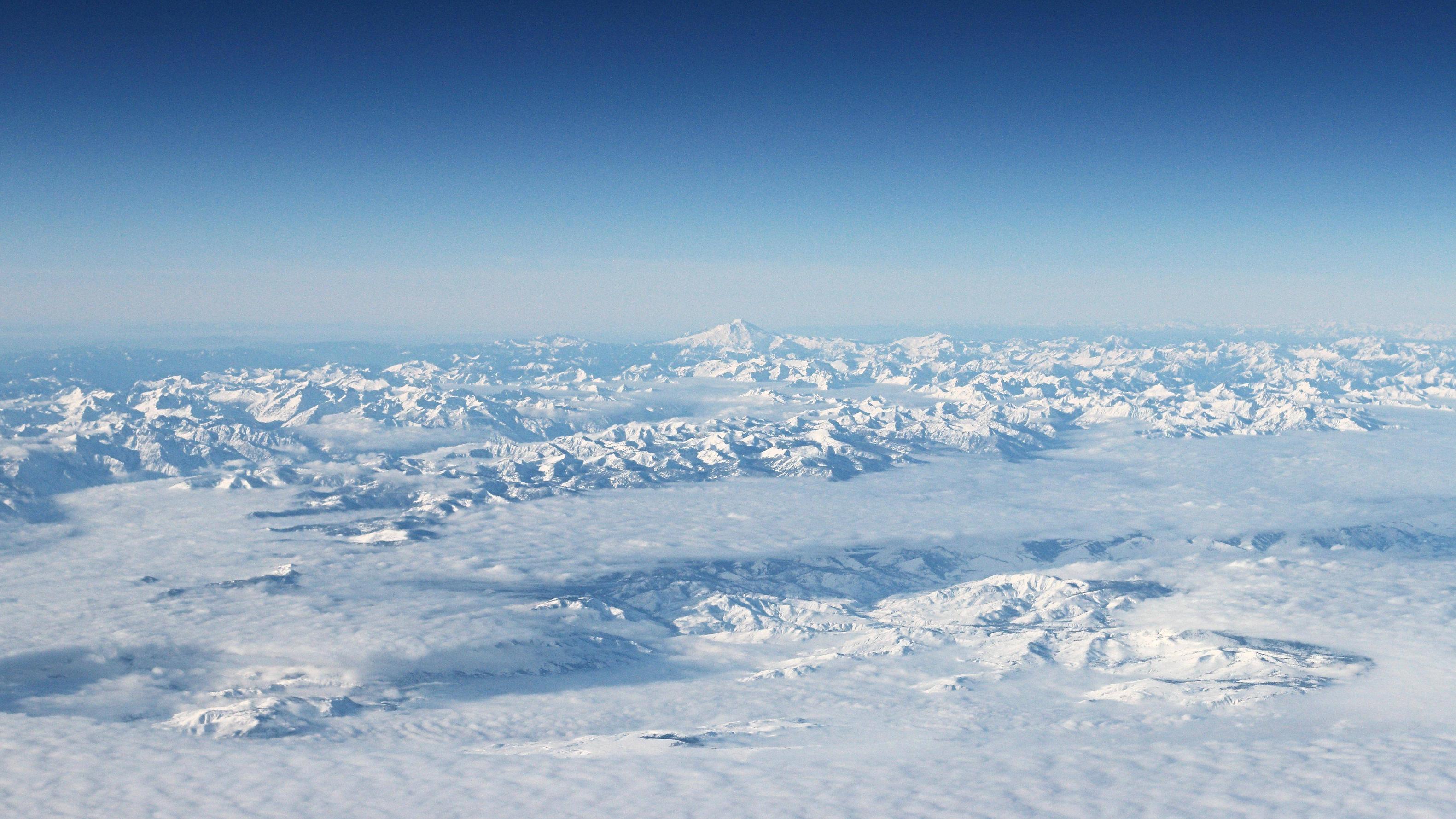 I am going to say that that is Mt. Baker.

Here is a zoomed in version of the above picture. 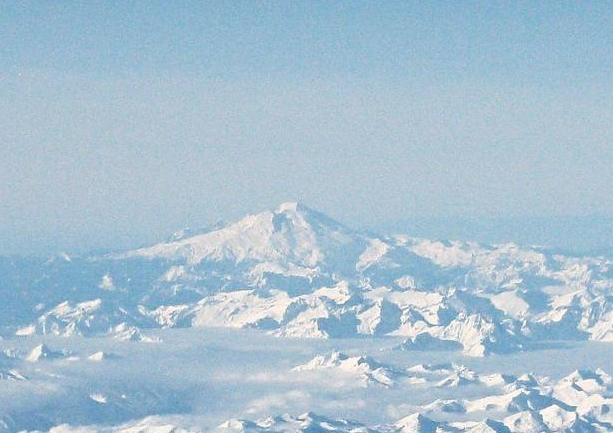 Here is a Google Earth image of Mt Baker from the south east. 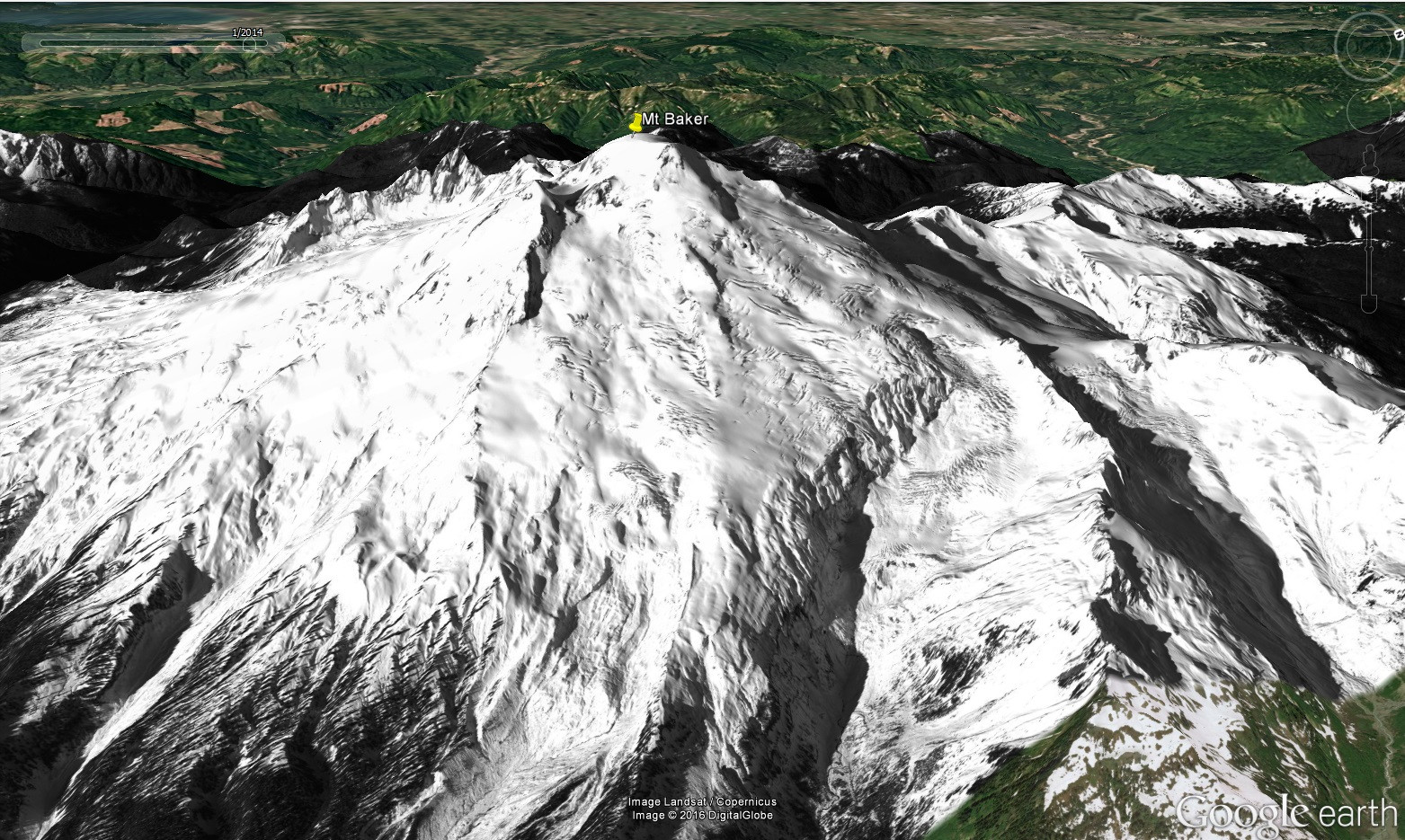 Looking at these pictures, there are two things that stand out as very similar to me. The diamond shaped ridge to the left of the summit and the long sweeping ridge down and to the right. 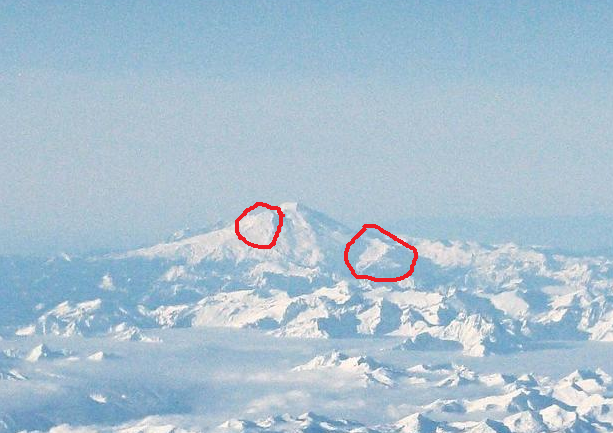 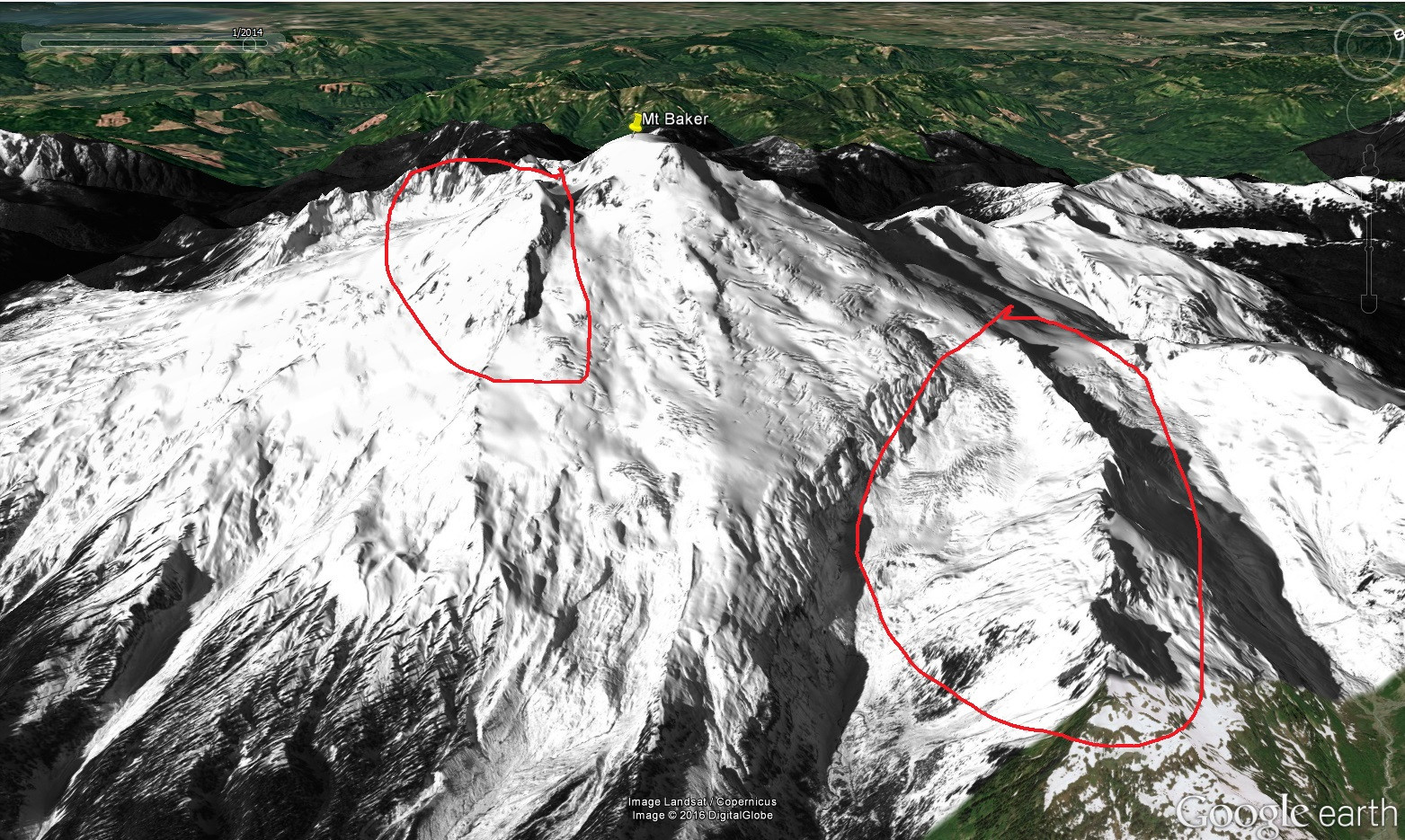 Neither of these features appear on Glacier Peak, and Mt Hood lacks the mountains in front of it.

It's definitely one of the cascade peaks, which are all old volcanoes. The question is which one. As others have pointed out Mt Baker is a possibility.

Another might be Mt Hood. It's often not so easy to tell where you are in a commercial airline flight. You could have been further south than you think. Note that there seems to be nothing major to the left (south), but there does seem to be a hint of higher mountains at the horizon at the right (north) side of the picture.

To answer this question best, make a list of the likely suspects (there aren't very many of them), then look at profiles of each one seen from the east southeast.

If the is Mt Baker then Glacier peak should be in the foreground to the left and look bigger as it is only 240' shorter. Unless you we quite a bit north of Banks lake.

Not the answer you're looking for? Browse other questions tagged united-states mountain-identification or ask your own question.

7
What mountain is this white pointed one in my gmail background image?

25
What kind of mementos, if any, am I allowed to collect from State and National parks in small quantities?
7
What mountain is this white pointed one in my gmail background image?
6
What are wildlife hazards/precautions near the treeline at 8200ft on Hearst Lake in Montana?
5
What species of bird is in this recording from Bethesda MD?
10
What mountain is used in the MacOS Sierra desktop background?
5
Where exactly is this rocky shoreline in the Downeast region of Maine, USA?
4
What type of lizard is this grey and orange one I found near the Grand Canyon?
7
What is this square plastic thing with small black flat glass marbles in the Uintas?
6
What overnight backpacking trails are clear of deep snow now (or likely to be in the next two weeks) in northwest Washington?
10
What is this white, ribbed, box shaped object attached to a somewhat-remote tree near Lake Chelan?