Which types of animals would peel bark off this tree?

I'm just curious which animals would peel bark off a tree like this: 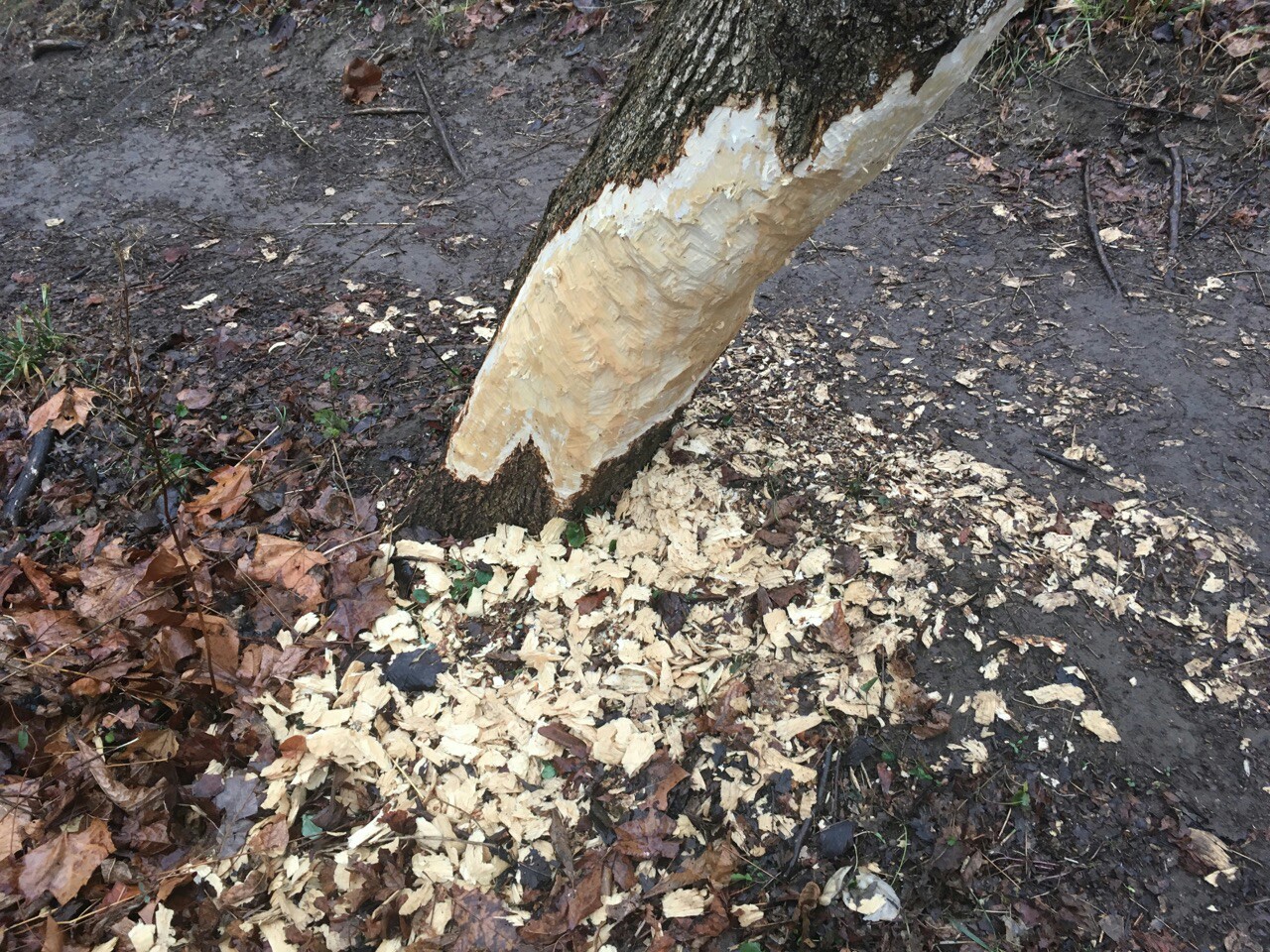 It's a riparian setting in the Mid Atlantic region. I was thinking maybe a beaver?

That was definitely a beaver. Nothing else has quite the chewing power of a beaver, for example accoring to Wikipedia, these trees were cut by beavers in a single night.

Based on the color of those chips, I would say that you were there less than a week if not sooner from when the beaver was chewing the tree down.

The reason that I don't think its a porcupine, is because of the riparian setting and because porcupines usually chew much higher up on a tree.

26
What types of resources are best for identifying trees while hiking?
28
What animal could strip all the bark off the lower 7 feet of this tree?
10
How to keep away animals from my camp without setting a fire?
5
Is this fungus on a birch tree Chaga?
9
What is this tree with shiny leaves and a fuzzy seed pod?
11
What is this tree with a spiral shaped trunk in Massachusetts?
7
What kind of animal may have done this?
45
Can removing dead wood harm the ecosystem?
1
What is this light blue (aqua) substance on these branches? Is it harmful to tree or humans?