What are opposite and opposed carabiners?

It is often said that when using two carabiners at the same point, such as an anchor, they should be opposite and opposed.

What exactly does this mean?

This is what a diagram of opposite and opposed carabiners looks like. 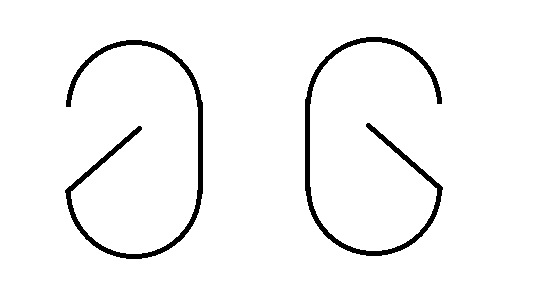 The gates are on opposite sides and form a X when laid over the top of each other.

The purpose of doing this is to make it difficult for both gates to open at the same time, because even if the rope doesn't slip out, a carabiner with the gate open is much weaker.

Notice that even if one of the carabiners were to shuffle around (when the system is slack) so that the gates end up on the same side, then they will hinge at opposite ends, minimising the chance of simultaneous opening: 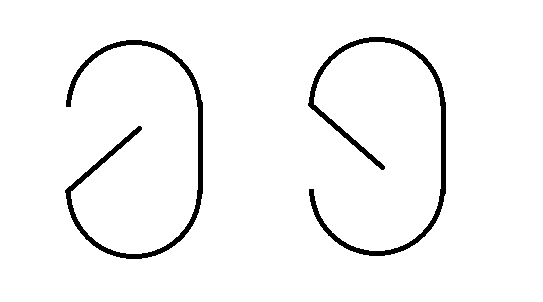 If one were to have the gates on the opposite sides opening in opposite directions, vertically flipping one of the carabiners in the first image like this 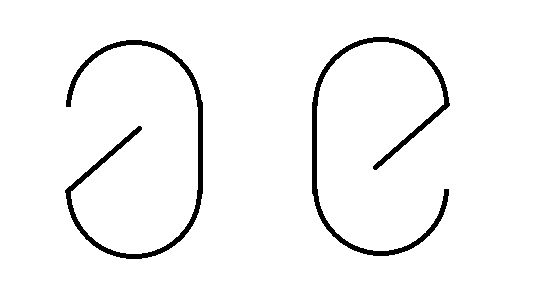 The problem is that a rotation will bring both gates to the same side and opening in the same direction. Notice how the gates are on opposite sides, but when opened they don't form an X

24
How to inspect climbing bolts?
13
Why are carabiners so much weaker if the gate is open?

23
Are carabiners useful tools to have in the wilderness? If so, what would they be used for?
13
Statistics on types and survivability of anchor failures?
7
Chaining locking carabiners
5
Terminology and cues for reading river water when fly fishing
12
Is it ever necessary to double up locking carabiners?
4
Why are large/pear shaped locking carabiners called HMS carabiners?
8
Is there any evidence that attaching a biner to both seat and leg loops results in a 3-way load?
9
In orienteering/navigation, what is a handrail feature?
8
Titanium Carabiner: what is its ideal use case?
10
What does it mean for a caliber to be flat shooting?