I meant to ask a Ranger before we left...

We saw this scat on the hike up to Columbia Point, which is 1/3rd of the way to Upper Yosemite Falls. March 14 2017. A warm couple weeks just after the big March snow storms.

I took a picture because everyone thought the bears were still mostly hibernating, so I thought I would check if it was recent bear activity. Could be human or even dog? It was just off the trail, so I'd hope not human!

I forgot scale was important, so I didn't intentionally include any clues -- the right-most dropping is on top of a twig which might help give a sense of scale. There is also a fly on the middle one. 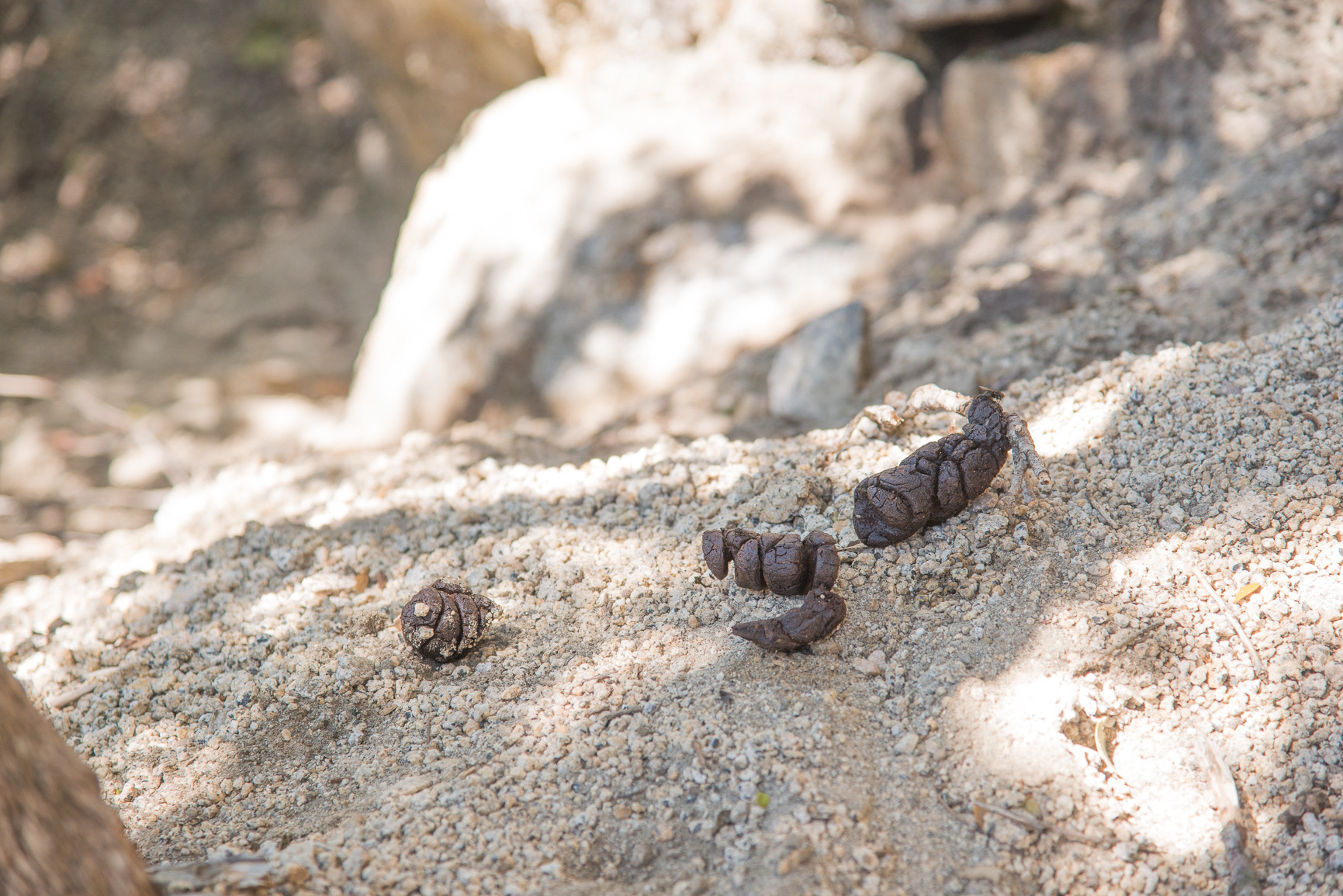 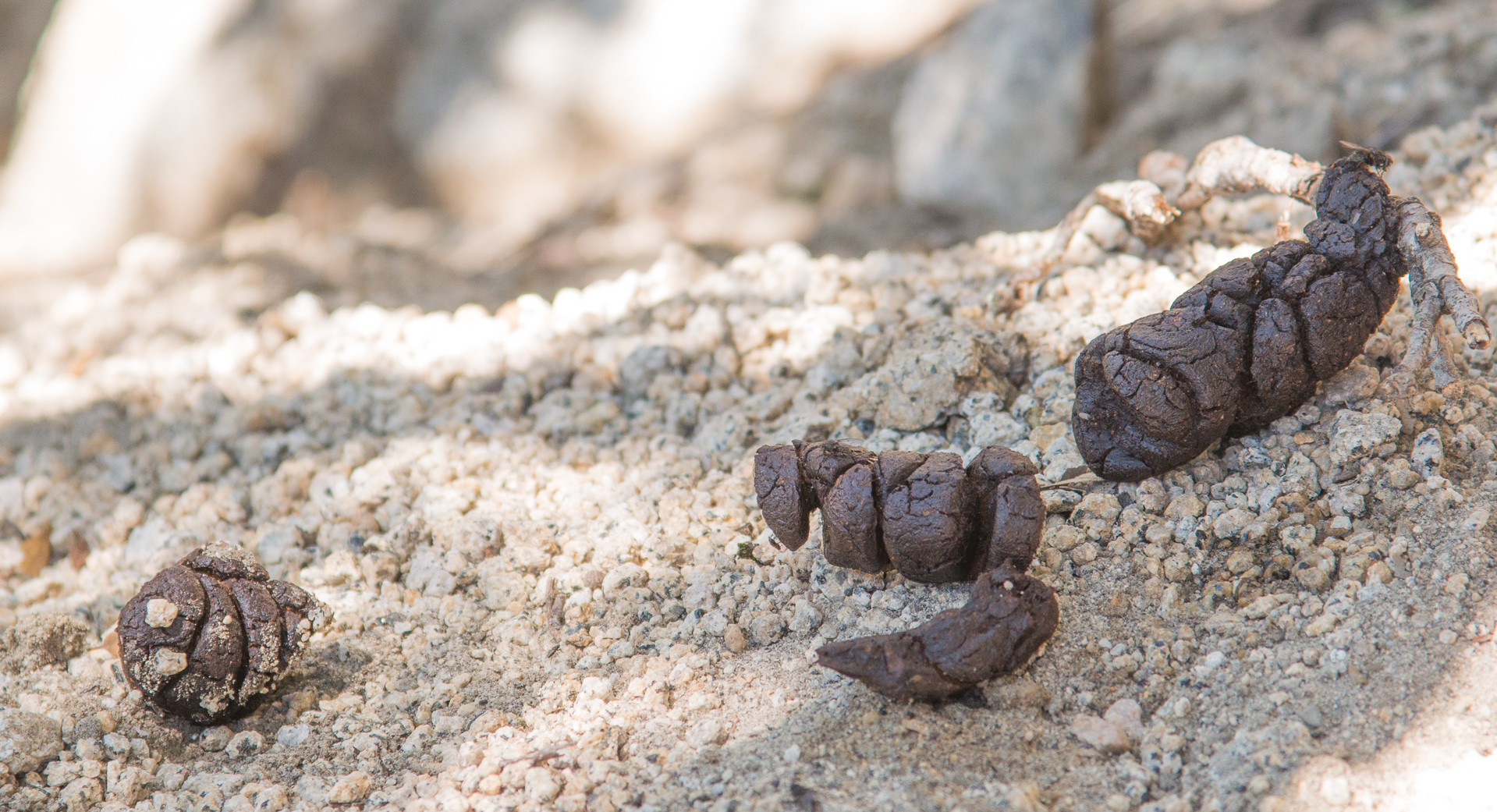 Based on Olin Lathrop's suggestion, I searched around for coyote scat and found this resource:

It points out that dog scat (compared to coyote/wolf) doesn't have a tapered end and has a very consistent appearance due to commercial dog food.

Coyote (or wolf) would have a tapered end and would contain hair and possibly bone fragments.

Given the uniform consistency and shape, I'll suggest it is dog.

Not the answer you're looking for? Browse other questions tagged yosemite scat-identification or ask your own question.

5
Scat Identification in Southern NH
4
Is this yucky thing scat or slime mold?
2
Details on closure of Rte 120 into Yosemite? (Not normal snow closure.)
2
What does moose scat/poop look like?
5
Animal Identification from “leavings”
11
Yosemite Fire Rings - What to Expect?
3
Scat identification from northern New Jersey
8
Tioga Pass (Yosemite) Day Use Opening Timeline
4
Do I need protective measures against wild animals in Yosemite National Park?
7
Camping in Yosemite in March