Would there be any practical uses of a geological map for a hiker/backpacker?

I just found that I can get free geological map overlays for Google Earth for all of the individual states in the United States from here.

For instance, this is what a good deal of Yosemite National Park looks like. 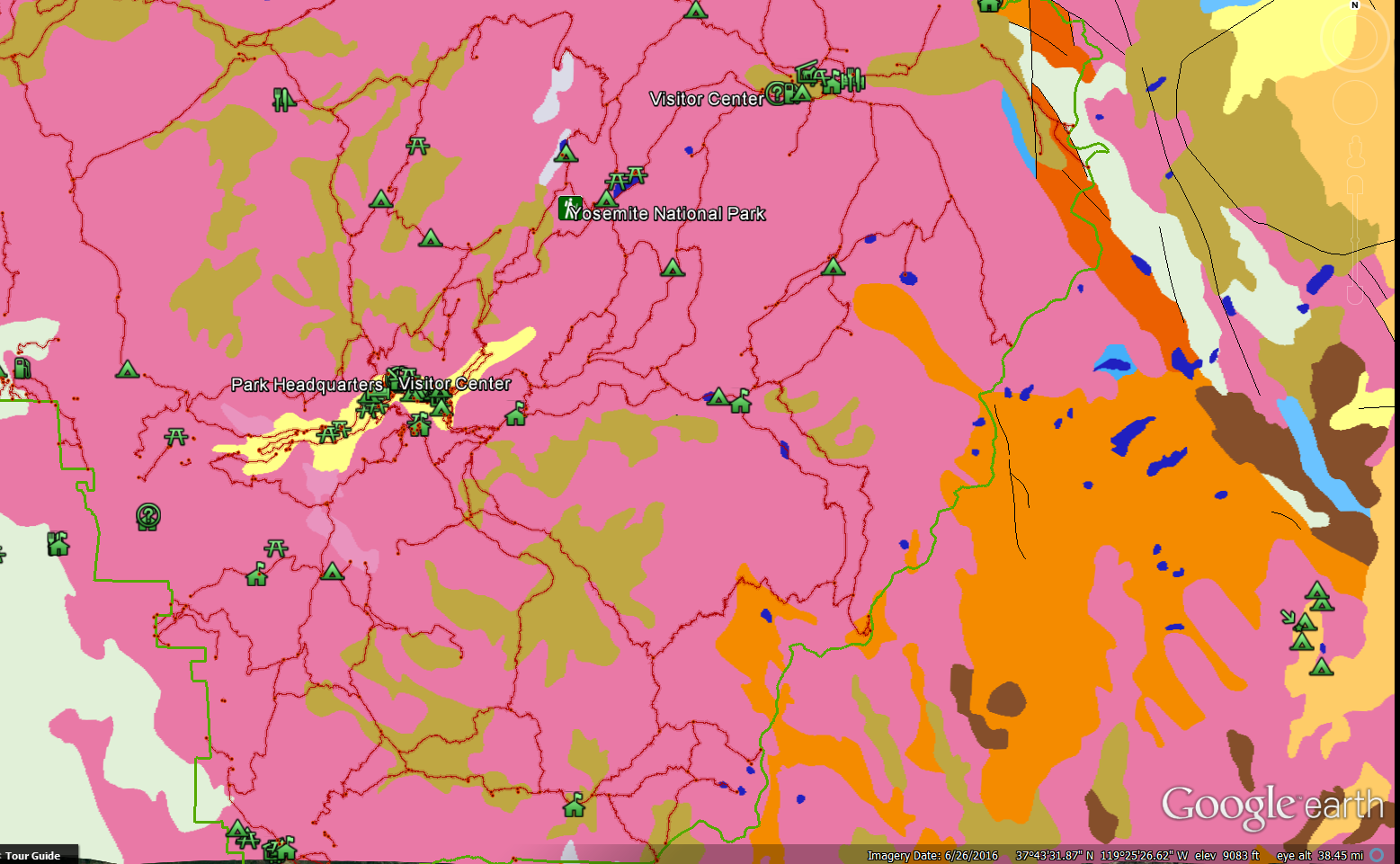 To see what type of rocks a color represents, you simply have to click on it. For instance, the lighter orange is volcanic and the lighter green is glacial deposits.

Would there be any practical uses of a map like this for a non-geologist hiker or backpacker?

I thought about this for a while, but to be honest I can't see many immediate uses for backpackers that wouldn't be covered by other means and sources more effectively.

For example, if the only source you have about a region is such a geological map it might allow you, to some limited degree, to guesstimate the terrain, and maybe even fauna/flora. This could help in route planning, pathfinding, etc. But in the age of Google maps where every square meter of the Earth's surface is mapped and readily available to us a satellite image or a topographical map would be a lot more useful to get to the same info.

Notwithstanding is of course using a map as the one in question simply for its (geological) informational value! There are many ways to enjoy the outdoors and its wonders - and the geological history of origins can be one of them. I totally see how inspecting such a map on a hike (maybe accompanied with some reading on the topic) could shed light on how a specific region or valley came to be, when it was formed by which forces of nature, or maybe the origins of its most spectacular sights and attractions.

At least to me personally that would be very interesting, even if not immediately practical ;).

It may not be relevant in too many places, but…

I'm heading to Iceland again this year and I will carry a colourful jarðfræðikort (geologic map) with me: 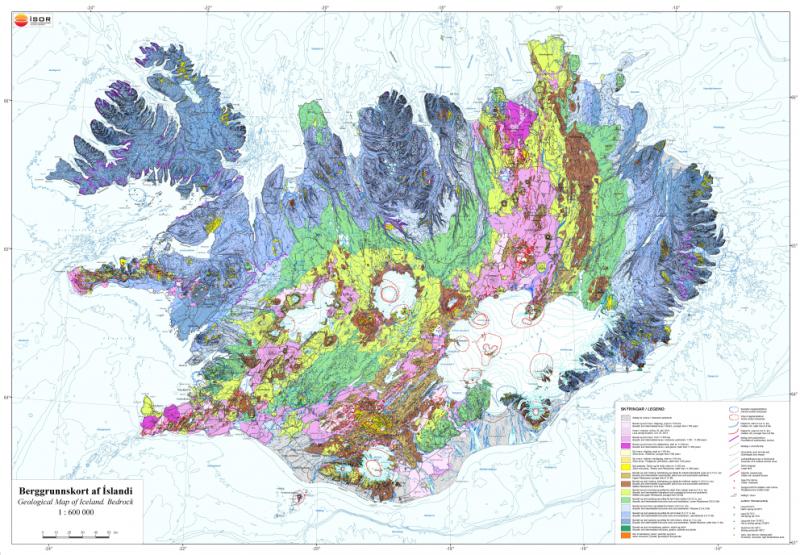 The topographic map does not list hot springs. The tourist map only lists some of them, in particular the ones with tourist infrastructure. But the ones that are deep in the wilderness, tens of kilometres from the nearest frequented road, may only be indicated on the geological map. On the map I have, the hot springs are categorised by temperature, so I know that the boiling ones may be fun to watch but not so fun to bathe in. But imagine being deep in the wilderness, it's 5°C, raining, and windy, and then arriving at a hot spring at 35°C, all for oneself (because no-one else brought a geologic map!). Hmm.....!

In a geologically infant area such as Iceland, the age of the land may also be relevant. 1000 year old land is quite different from 100.000 year old land. But that information can be more directly obtained from a vegetation map where available.

Edit: Finally, it was less useful than I hoped. Firstly, the scale is not nearly good enough for outdoor use, and I was unable to find some of the hotsprings listed. Secondly, a hotspring is not yet a hotpool. A bit of hot water coming out of the muddy ground is a nice curiosity. But only when someone has built a pool around it does it become an extraordinary backcountry luxury. The map is a good starting point for the latter, but it's not quite enough.

Disclaimer: I have no idea how to read the map above :)

For me it would seem important in the case of longer time camping. After 10+ years of scout camp experience, I can tell that if you want to dig a, let's say, 2 meter deep hole (for latrines, for food storage, for waste food/water etc.), some information about the amount of rocks or clay would be really useful.

Other aspect in which it would help: if I get struck by 4-5 days of heavy rain, how would the campground behave? If the under layer is clay then it is different than some calcareous or sandy soil.

For me, in the above cases, the useful information would be about the structure of the upper 2-3 meters.

One practical use is to get an idea of how stable/chossy the rocks in a particular area are.

From experience the orange (volcanic) rock type is much more unstable and more broken up. That makes it much harder to scramble up the mountains in the volcanic areas as opposed to the granite mountains in the pink areas.

Knowing that can help plan a route and predict to some degree how difficult a scramble is going to be.

Geological map can help you to estimate in beforehand the ease of travel, potential of springs and type of vegetation. Highly useful in my book.

It depends what you want out of your expedition, and if hunting fossils in far flung places is your thing then a geological map will take you a long way.

For climbers it may be of use. Igneous or strongly metamorphic rocks are much preferred for climbing to sedimentary rocks. Knowing the rock outcroppings may make a difference in new country.

If you combine your back country hobby with rock collecting, prospecting etc it would be quite useful. Some minerals/gems/ores are associated very strongly with rock types.

Edit: Asked for source of above opinion.

Going only on the talk of my climber friends. Point still remains: Once you found shattered ryolite on one exposure, you could make a good guess that it would be similar on other exposures. Similarly if you like climbing limestone then knowing where there are other exposures is a win. A good geology map will tell not only 'limestone' but often which formation.

If you are interested in caving/spelunking/bat research knowing where limestone is would be helpful.

Not the answer you're looking for? Browse other questions tagged navigation maps or ask your own question.

18
Are there any general rules of thumb for route finding up a mountain without any trails?
17
Are there any reliable plants to use for navigation?