How do I get to Måskåsj-gammen? 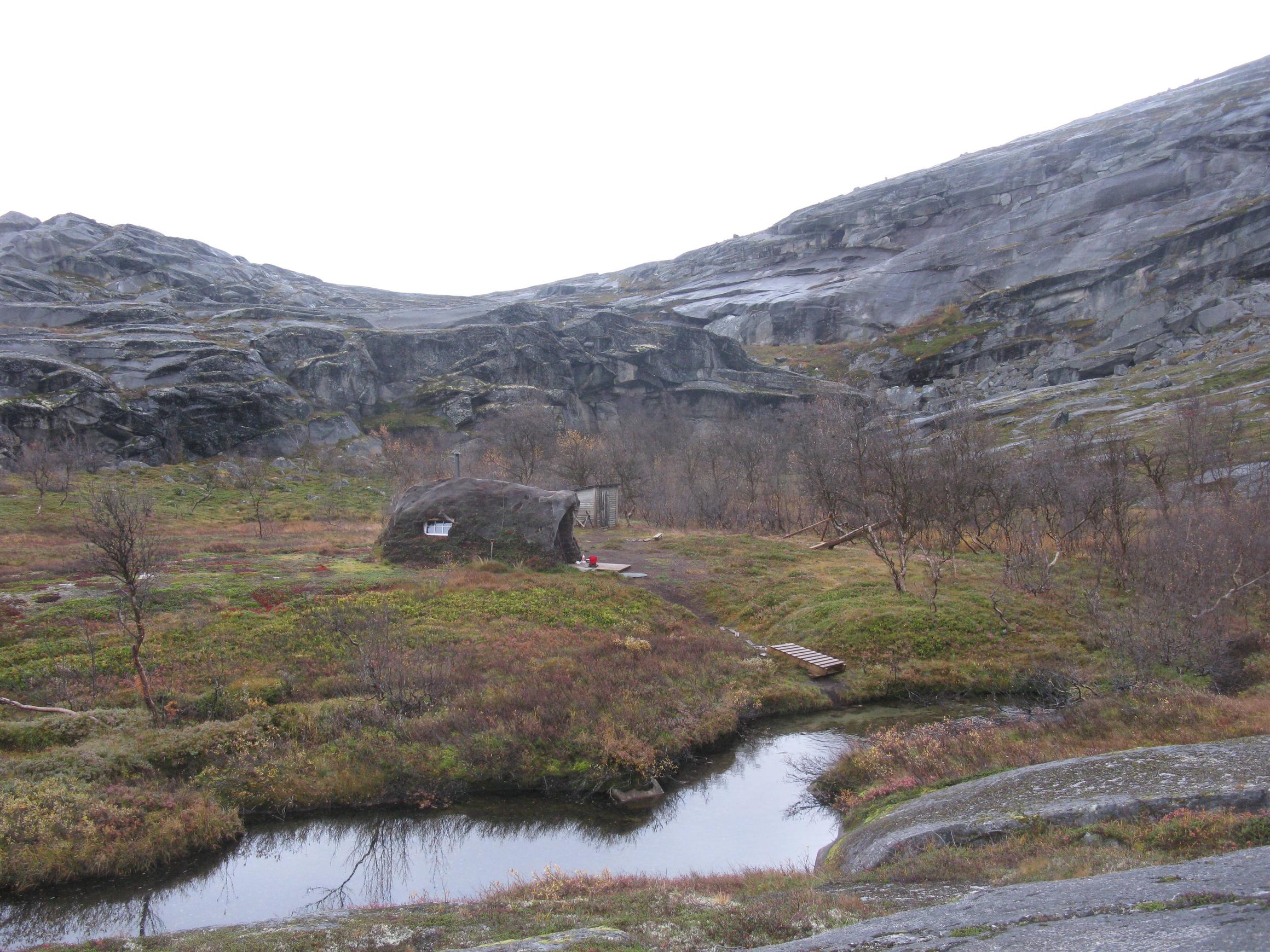 Nuortakrågge is located at 67.8084°N, 16.6203°E, above Vuodnabahta, Norway. It is open and free to use. It is not listed on official maps but there is a small sign along the main trail from Vuodnabahta to the Swedish border.

Some entries in the visitor book mentioned Maskåsj-gammen on the Swedish side of the border. Måskåsj-gammen is not on any maps either, and there is no sign pointing there along the trail from the border to Vásjáluokta. I asked local Sami people on the boat from Vuodnabahta to Ájluokta, who gave me a description that wasn't very useful (something like "turn left a bit after the 5th stream crossing, but there is no trail"), and pointed out that all the names on the map are wrong (and they don't use the maps because they know the way).

I found a blogpost with a photo: 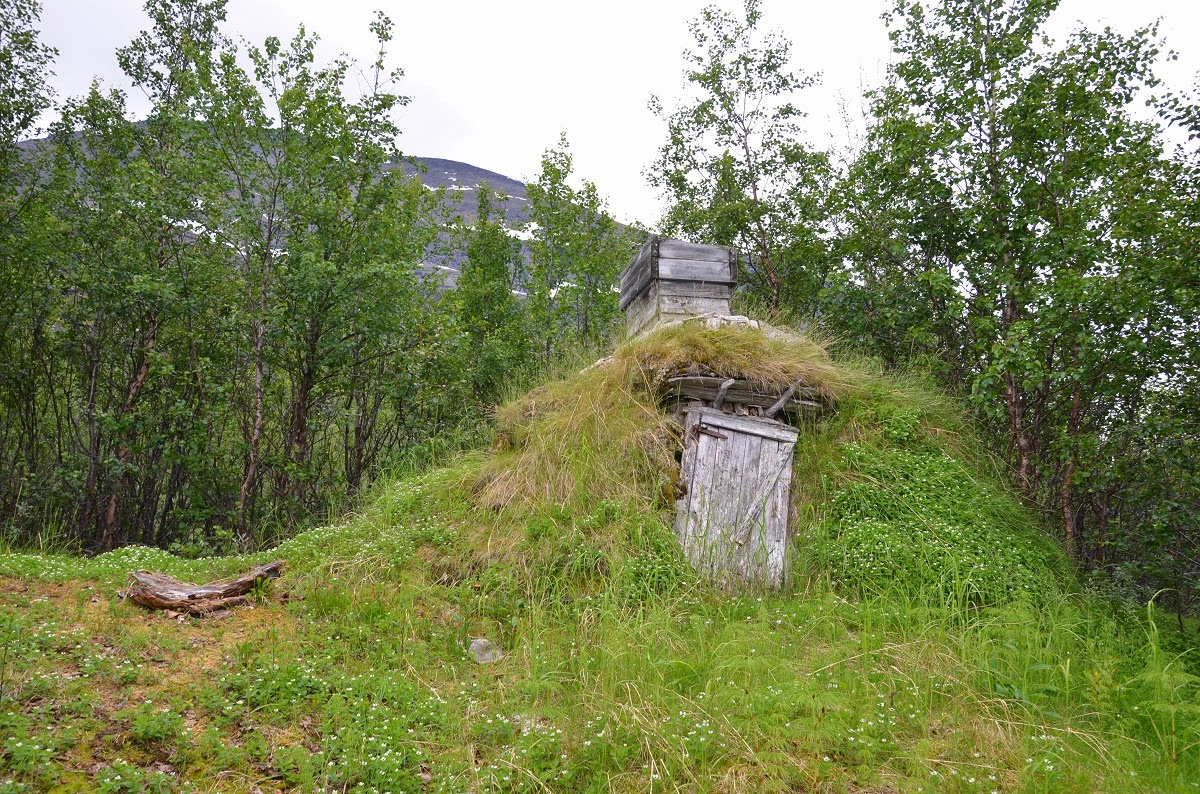 The blog says it is "roughly 6 km into Sweden", which in the local landscape is not precise enough to find it, in particular since there is apparently no trail leading there. I don't think it would be possible to find on Google Earth. There is a map in this document about the history of WW II refugees but the scale is far too poor to locate the spot in the landscape.

What are the geographic coordinates for Måskåsj-gammen, or where is it relative to locations as written on the official topographic map (regardless of the correctness of the names on them)?

Browse other questions tagged huts sweden or ask your own question.

6
How to get drinking water if I am stuck below Matterhorn summit?
8
What types of wild foods are protected from foraging in the Swedish Lapland forests, and how is the status decided?