Are Icelandic deserts so dry I need to worry about drinking water?

I am investigating the feasibility of a hike looping around Hofsjökull. This will take me through several “deserts” such as Hofsafrétt and Sprengisandur. On photos, this looks pretty dry, but Iceland is not the Sahara. 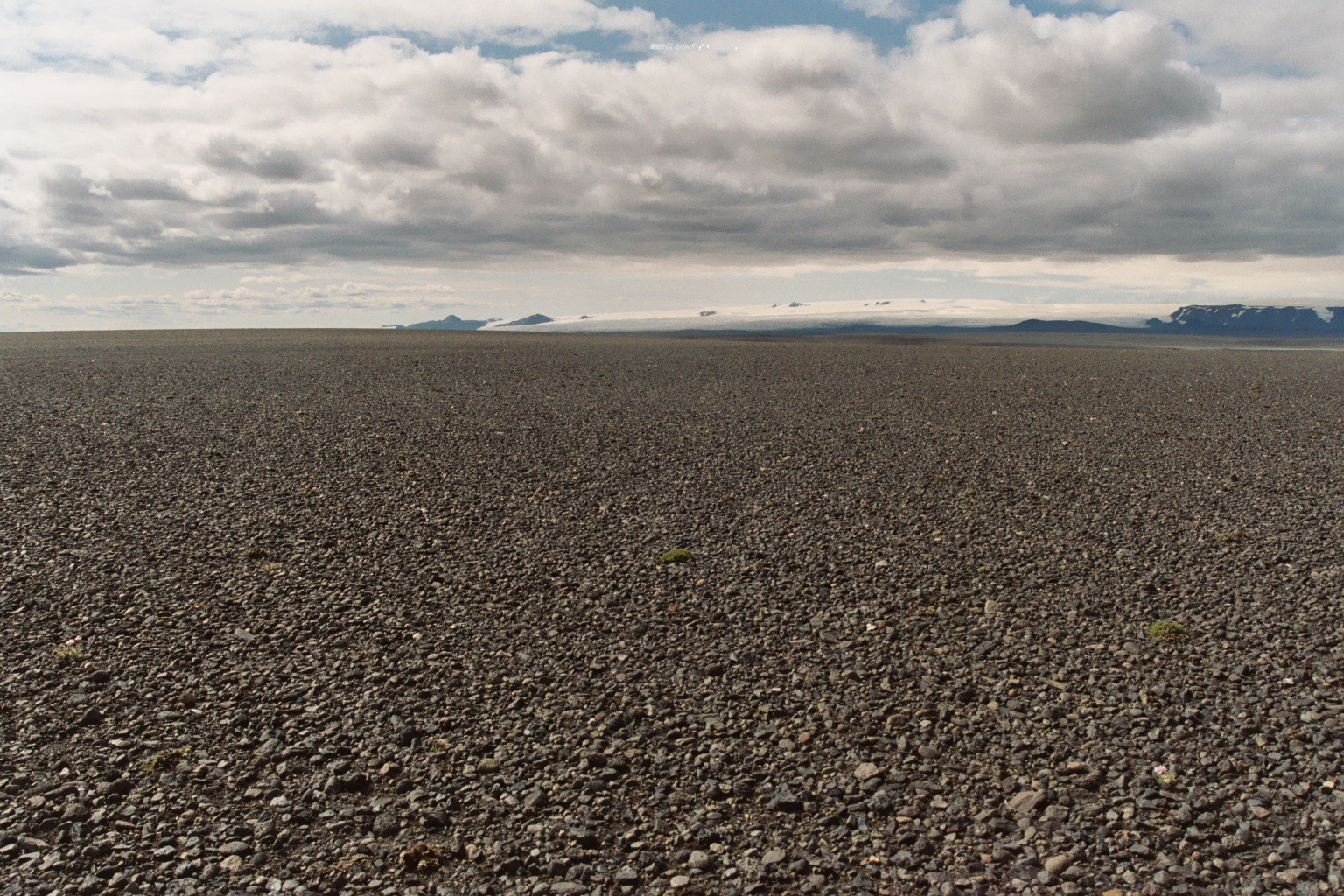 A topographic map appears to show plenty of streams in this area, but so do maps in deserts in the USA, even if those streams rarely have water (usually shown dashed but sometimes also when drawn as continuous lines). Should I expect that streams to be seasonal and dried out in September, or can I rest assured that in the chilly climate of Iceland with little evaporation, streams do not actually dry out?

This is from the well known trekker Andrew Skurka, who did an East/West traverse that would cross similar terrain to your proposed route.

I have asked around and everywhere I hear that water is sufficiently available in all areas, but I keep wondering about this ‘desert’ area that you also talk about. The area around Askja seems so dry and empty to me and running out of water there seems to be one of the worst things to do. So how was your experience on this?

There’s plenty of water. You might have to carry some, but never much. Plus, you don’t burn through much water in those cool, windy conditions, hiking on flat terrain. 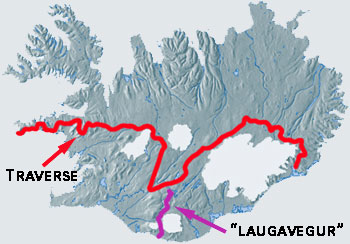 Not the answer you're looking for? Browse other questions tagged deserts iceland drinking-water or ask your own question.

8
Obtaining drinking water from a glacier or icefield, in the absence of snow or reachable meltwater
7
Safest route to cross Þjórsárkvíslar from the north

18
How safe is drinking distilled water?
16
Train yourself to need less water
9
How to calculate how much sugar to use as antifreeze in drinking water?
14
What is the safest and most effective additive to keep drinking water from freezing?
6
How to get drinking water if I am stuck below Matterhorn summit?
6
Could you use Silnet to seal a drinking water bladder?
8
Obtaining drinking water from a glacier or icefield, in the absence of snow or reachable meltwater
13
Can a person picky about water taste use a hydration bladder?
7
Drinking surface water heuristics
1
Water sources: which are safe and which should be avoided? (UK)