How to take a bearing when the geographic coordinate grid is not aligned with true north on a map?

I am confused by my new map of the Westfjords of Iceland. The geographic coordinate grid is rotated slightly, but the map indicates that true north is still the top of the page. 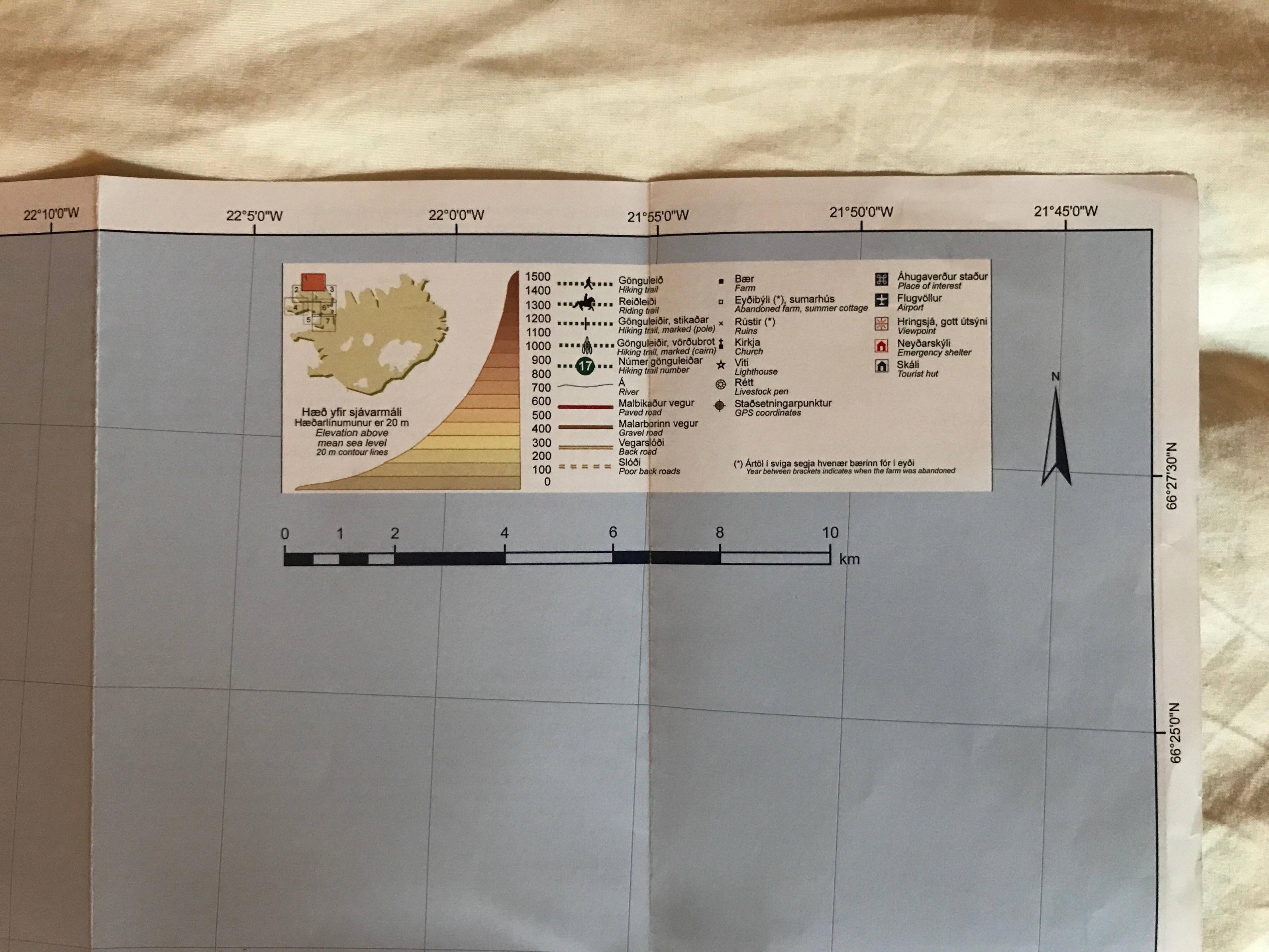 What's going on? I would have thought a flat map would be unraveled so that all the lines of longitude were vertical and therefore parallel to true north.

Importantly, how do I take a bearing on this map? Do I rotate my housing so that it is aligned with the true north arrow or the grid?

Just to be clear, the above photograph contains the entire legend of the map. There is no mention of magnetic declination, which is roughly 15° W in this part of Iceland in 2017 according to this site. Furthermore, the difference between the grid and the north arrow is not 15°. It would be highly unusual for the north arrow to be magnetic and not true north, but I suppose that's possible. I think I understand how to calculate a route given true north and magnetic declination on a map, but I'm not sure how to interpret this map so that I can start planning my route.

In the comments, @imsodin asked if the angles of the longitudinal lines changed on the map. Using a high resolution scan of the map and Illustrator, I think I can conclude that they do very slightly: 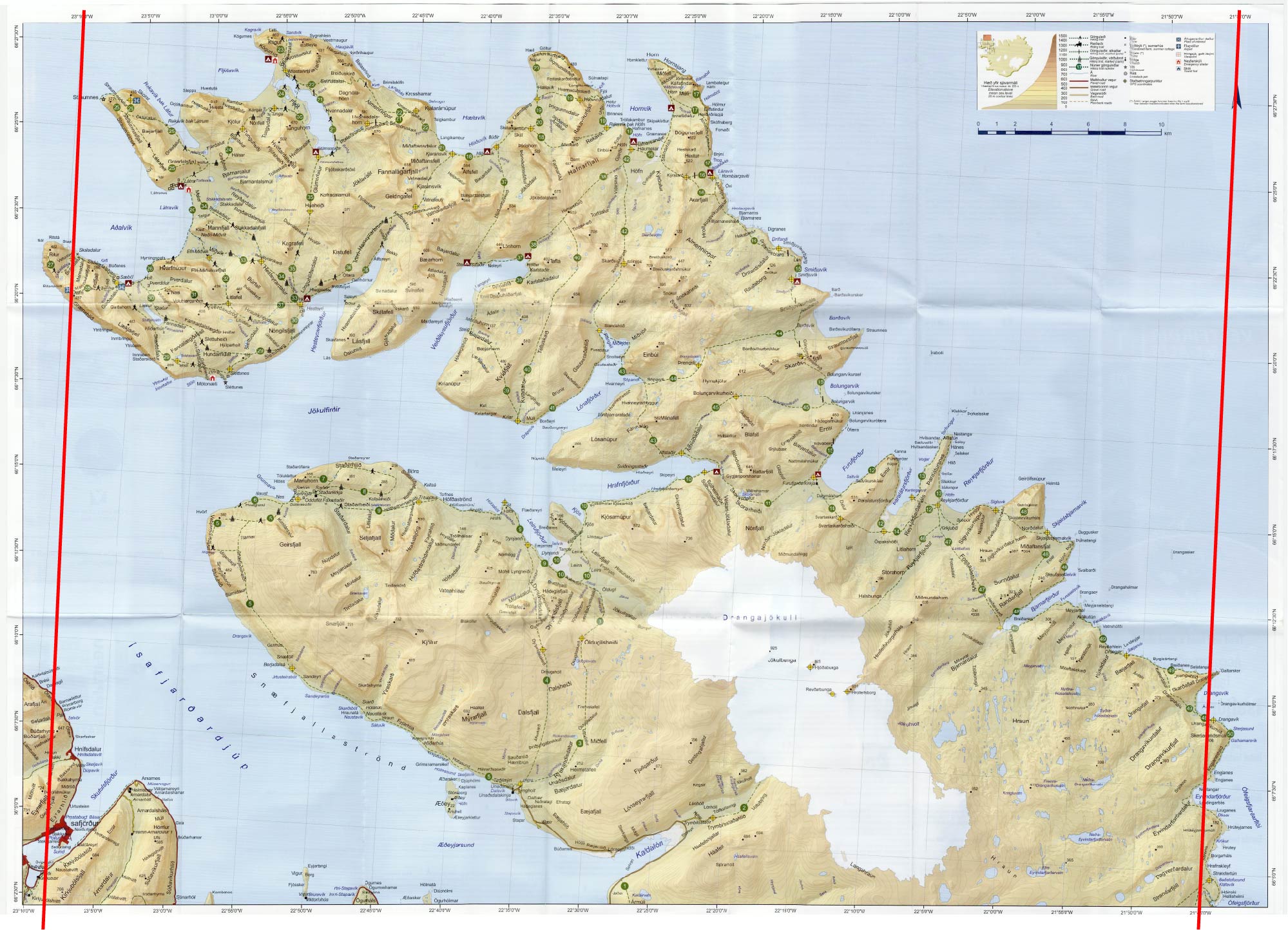 You need to know whether the magnetic declination you have was measured from Grid North or from True North.

The declination is just telling you the angle between (Grid or True) North and (Magnetic) North, so you just need to be consistent with the two knowns to get the angle you need between your bearing and Magnetic North.

In a high-latitude location like Iceland, the declination may differ significantly from sheet to sheet - possibly even within a sheet, in which case you'll likely be given the value at each corner, and you should interpolate accordingly.

When working with map AND compass, the declination should always be taken from the grid north (GN) since you align the compass orienting lines (red or black lines on the bottom or the bezel of the rotating capsule) with north-south lines of the map grid. The reason why these line are slightly skewed from true north (the sides of the map) is that longitudes lines (meridians) are not parallel but rather all converge to the same two points wich are the geographic north and south poles and when trying to represent this with a projection from a sphere to a flat surface (Transverse Mercator or other) a slight distorsion is inevitable.

Not the answer you're looking for? Browse other questions tagged maps compasses orienteering iceland or ask your own question.

52
I never adjust for true north. Is this bad practice?