Is this a dragonfly or a damselfly?

In August of 2015, my husband and I were out for a walk at the Wachusett Reservoir, in Central Massachusetts. It was the same walk, including day and time, as in this question.

We stopped at the water's edge. It's the same water I referenced in this question, although the reservoir is large, and we were quite a distance from that spot.

A lovely delicate-looking creature flew in and landed gently on the top of a broken twig of marsh grass, only a few inches from where we were standing. It had a narrow, stick-like orange and white body; a red head with large black eyes (which for some reason came out white in the photograph); four lacy orange/red wings edged in white; and very thin long gray legs. We stayed very still and it remained resting there for at least five minutes. Then another landed nearby and "ours" flew towards it, and they took off together.

From past experience, I assumed it was a dragonfly. However, for the first time, I recently heard of something called a damselfly. I thought that meant a female dragonfly, mostly because a damsel is a female. (According to Oxford and other dictionaries, a damsel is technically "a young unmarried woman" but that has no bearing on this question!) However, I've been told by a friend that, although they're in the same family, they're two different entities with similar, but unique, characteristics and behavior.

The first picture is the original taken by my husband. The others are the same picture, just cropped and zoomed in, so you can see more details, like the fur. As I said above, the white eyes in the picture were actually black. Unfortunately, we didn't get a side view, and you can only see the end of one wing, but I'm hoping there's enough to make a correct identification.

Is this a dragonfly or a damselfly? How can I tell? (Of course it's possible that it's neither, but I don't think that's the case.) 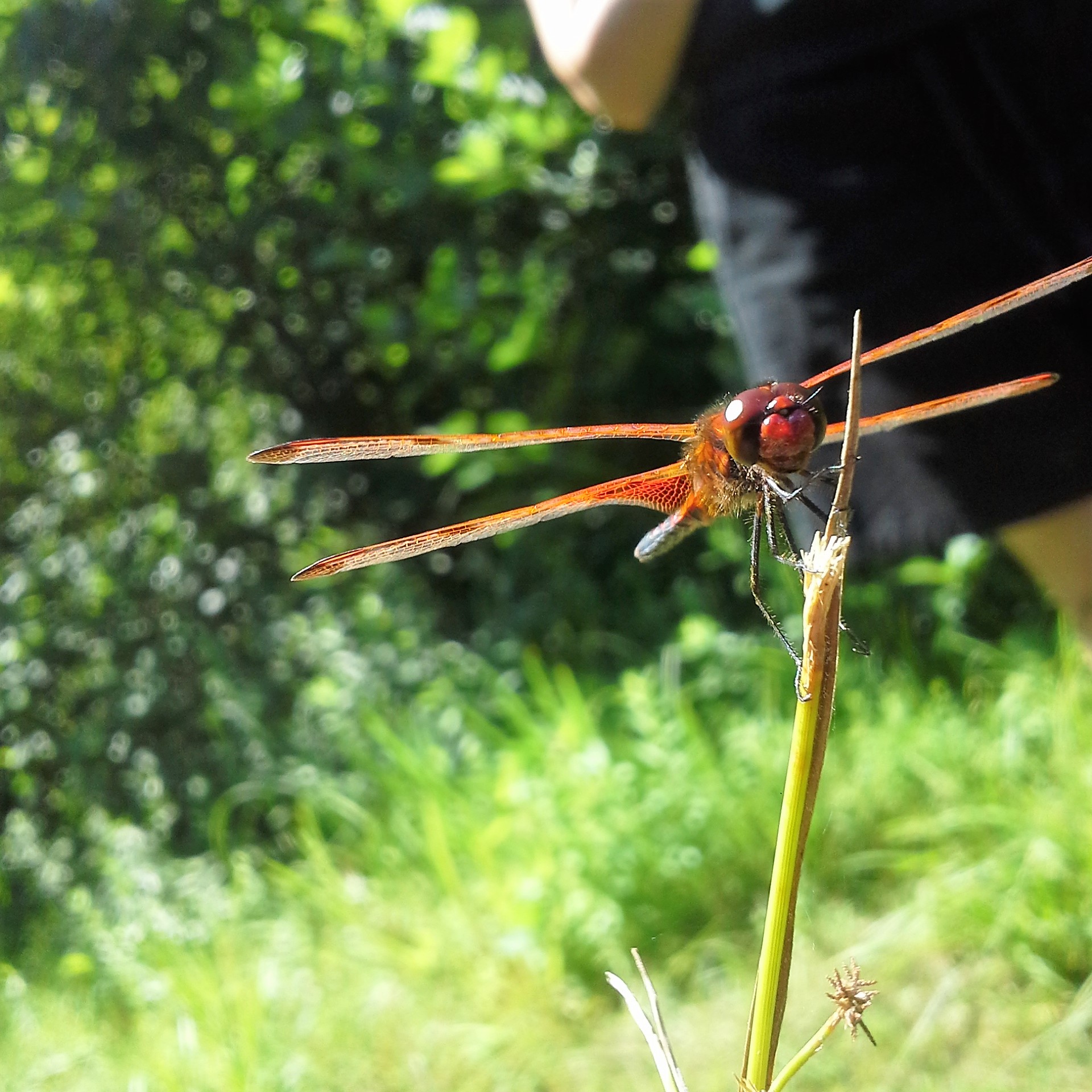 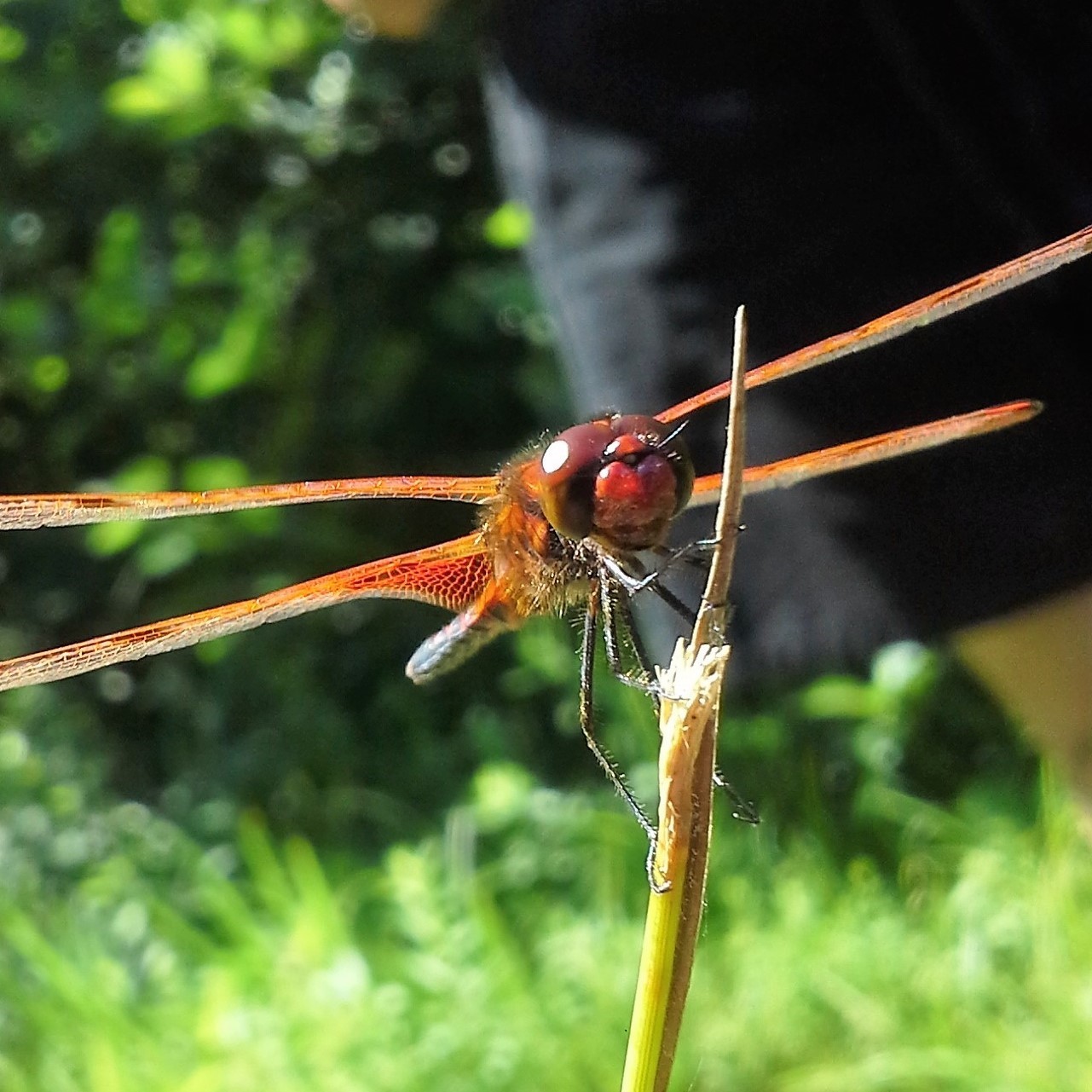 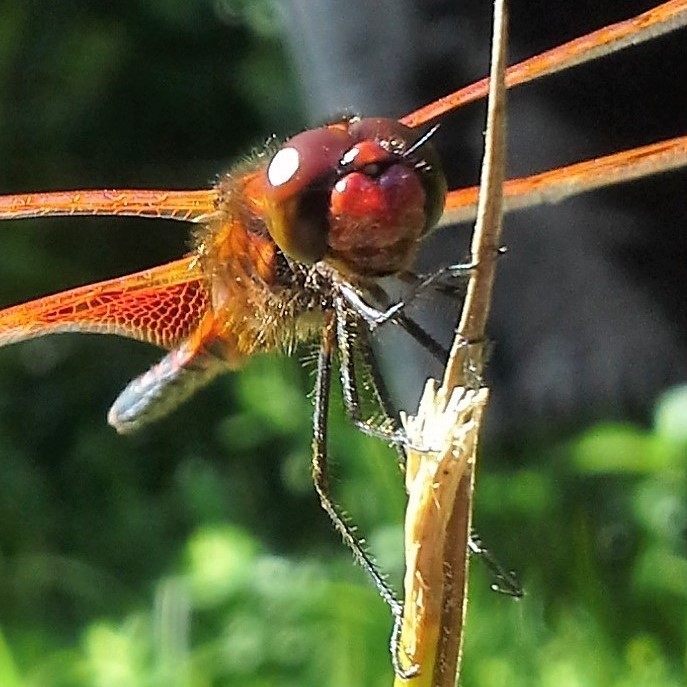 This is a dragonfly.

Damselflies place their wings alongside their body when resting. Dragonflies can not do this, once they had their first flight after hatching.

So when you see their wings pointing to their back, it's a damselfly or maybe a freshly hatched dragonfly (in these cases you can tell the difference by the cocoon, or just wait to see the wing position) 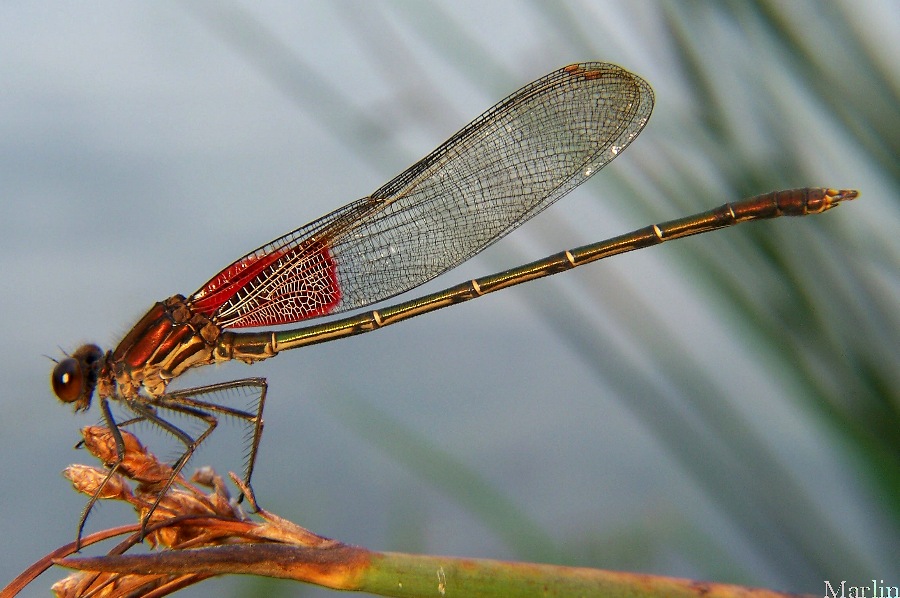 If the wings point to the side, it is a dragonfly.

This Link provided by Aravona in a comment above contains additional information on how dragonflies and damselflies can be told apart.

Not the answer you're looking for? Browse other questions tagged bugs lakes bug-identification or ask your own question.

11
How would a dragonfly get to above 13,400 ft (4000m)?
3
What kind of cockroach is this?
4
Is this a cockroach? If so, which one?
6
How can I identify Woolly Adelgid on a Hemlock tree?
4
What insect makes this hissing type sound, especially in the summer?
3
What is growing in these cocoon-looking structures found on a mountain in Massachusetts, USA?
9
What is this black and yellow-striped caterpillar with four toothbrush-looking tufts of hair along the top?
6
What is this tiny round shiny black bug that bites?
2
What bug is this behind my drapes?
0
What type of ladybug is this?