What will this bright green caterpillar with small turquoise spots turn into?

We found this beauty in our yard: 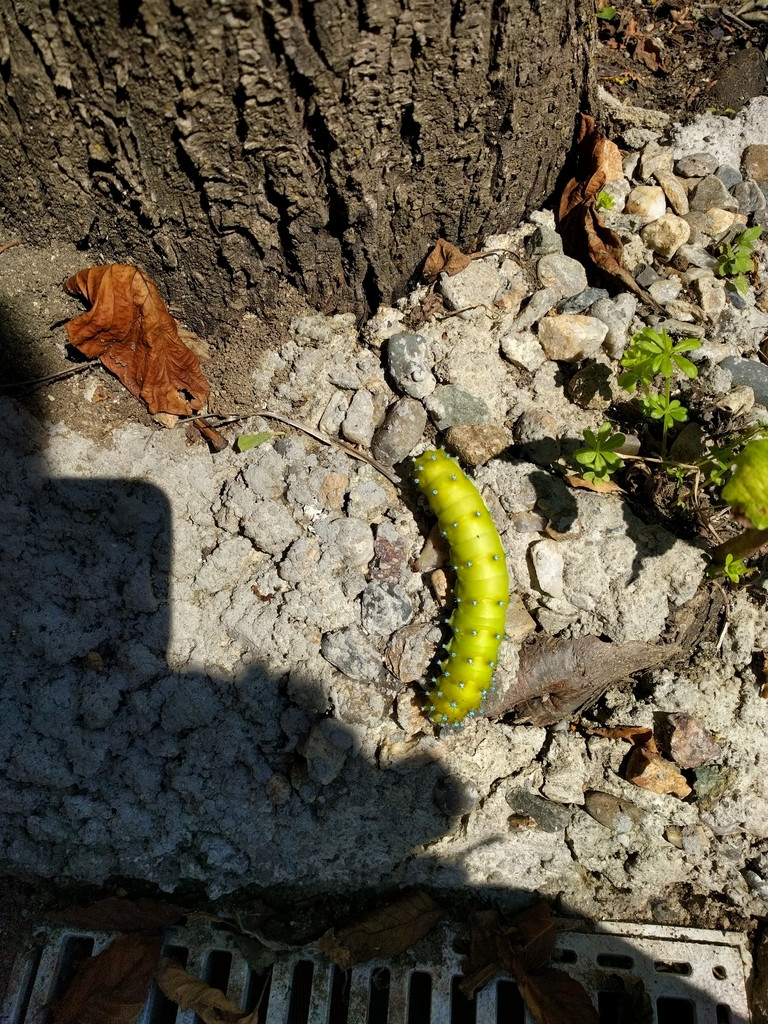 It was 10 cm long and it was crawling pretty fast. What made it even more spectacular were the little turquoise spots on it. I suppose it will be a butterfly (but correct me if I'm wrong). Does anyone have a clue what species it is? I tried to look at some moth/caterpillar identification webpages, but with no success (they are covering mostly the United States).

It's the Great Peacock Moth Caterpillar.

See Wikipedia for other images, including a painting of the moth by Van Gogh.

Saturnia pyri, the giant peacock moth, also called the great peacock moth, giant emperor moth, or Viennese emperor, is a Saturniid moth which is native to Europe. It is the largest European moth, with a wingspan reaching 15-20 cm.

In French it is called Grand paon de nuit. 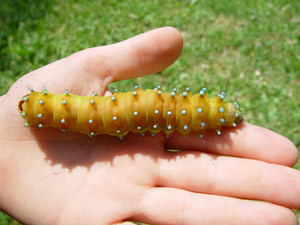 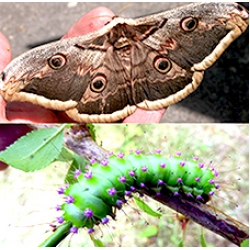 There's an excellent picture of the entire lifecyle of the moth here. It shows the cocoons and moths in various stages while they change color and shape as they mature. There's a charge to download it, so I didn't do that, but I highly recommend checking it out.

Not the answer you're looking for? Browse other questions tagged bugs bug-identification caterpillars romania or ask your own question.

7
What is this black and white spider with a bowl/tube web in England?
4
What is the rather large bug with a green body, black stripe down the middle, 8 orange legs , two large antenna and large chompers?
9
What is this black and yellow-striped caterpillar with four toothbrush-looking tufts of hair along the top?
4
What is this brown catipillar with white stripes and two black spots near the head in Loveland, Colorado?
8
What is this dime sized black bug with white on the segments near Loveland Colorodao?
4
What kind of spider is this half dollar sized brown one with a darker brown body and a lighter brown strip down its back?
4
What is the species of this green and orange spider?