How to decore a retired climbing rope?

One of the things you can do with a retired climbing rope is to decore it (remove the main center section), and turn the sheath into rope bracelets.

The last time I decored a rope I cut it into approximately 4 ft sections and then pulled the center strands out before cutting it into smaller pieces. Is there a better way of doing it?

Kernmantle ropes are constructed by braiding a mantle (sheath) around a dynamic kern (core). 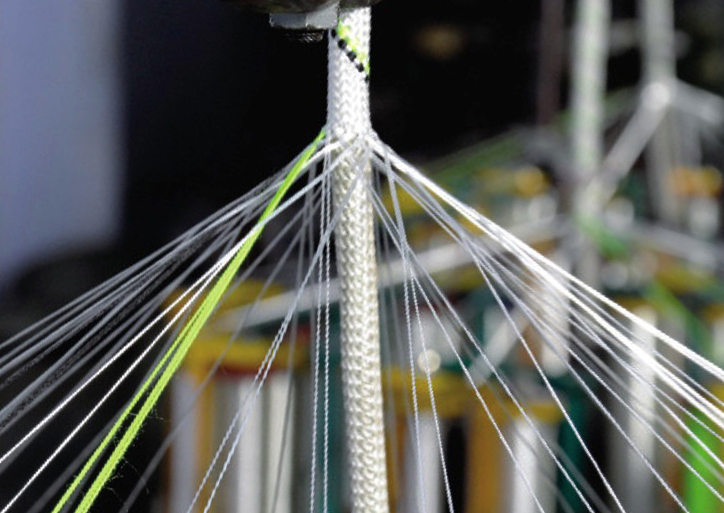 After the rope is constructed, the only way to get the core out without damaging the sheath is to pull it out as you've been doing.

I have had some success pulling the kern out of longer lengths of rope by pulling out one strand of the kern at a time until there is sufficient room to pull all the remaining strands at once. The core can't easily be pulled when the rope is stretched; as the weave will tighten around the core. The most effective way to pull the core is to push the weave back, exposing the core, then pulling on one or two of the strands. It's important to do this with the rope straight and without any twists in it, or else the strands of the core will get bunched up on each other.

Not the answer you're looking for? Browse other questions tagged ropes or ask your own question.