What are these concrete posts near the Gallow Hill water tower in Dundee, Scotland?

I've been walking my dog recently in the Templeton woods in Dundee, Scotland. When I walked past the Gallow Hill water tower I came across these concrete (?) posts. There were about 20-30 of them and I'd like to know if anyone can tell me what these are and why they're there? 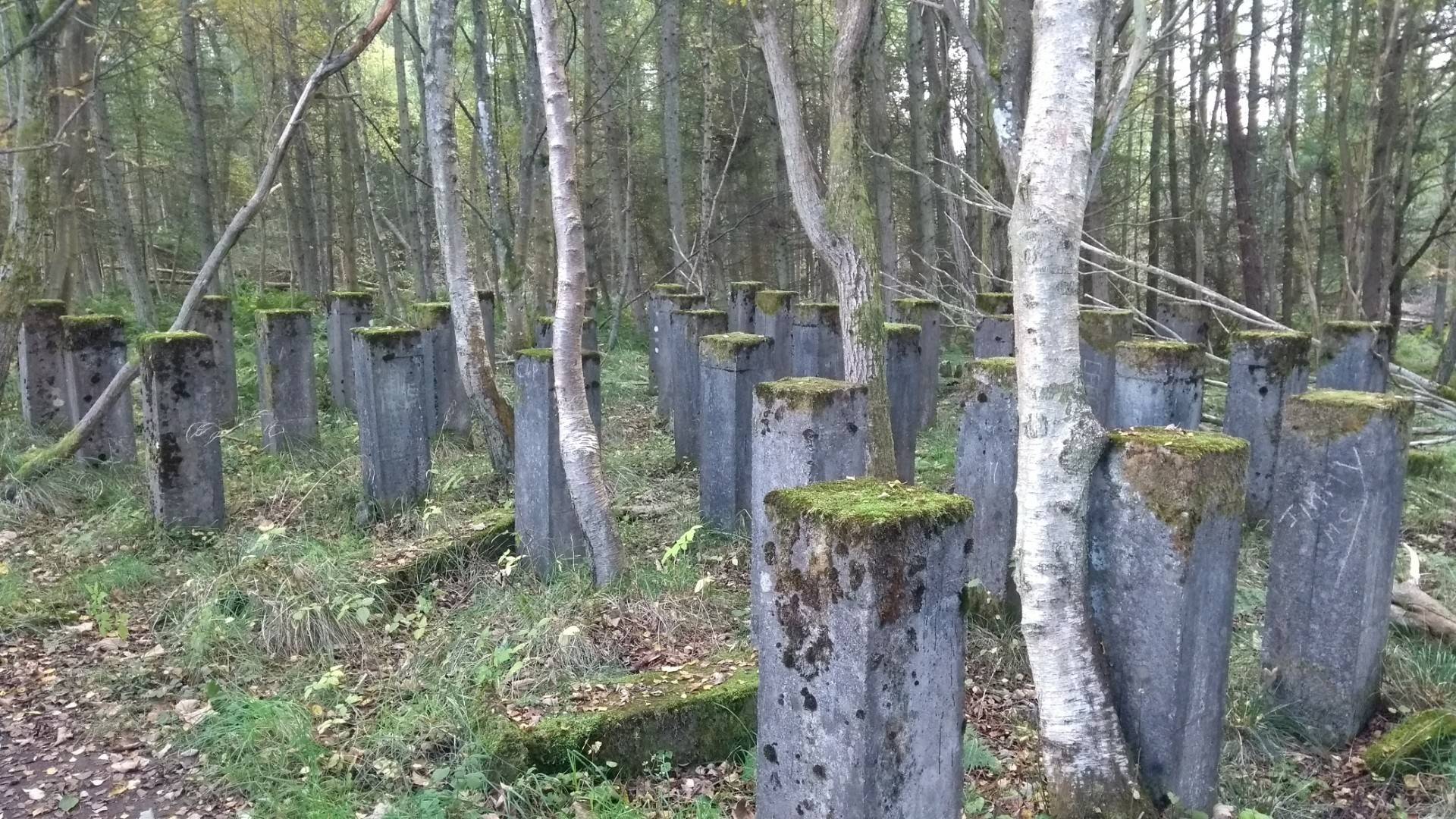 This is where the water tower is, but I can't see the posts on the satellite image:

scotland manmade-object-identification
Share
Improve this question
edited May 9 '19 at 12:52

They appear to be part of a water tank.

I've found a 1954 OS map that describes buildings at that location as "tanks" -- a term also applied on the same map to the water tower itself. Earlier maps don't show them

The current OS map only shows the tower itself.

Without a scale so making very rough guesses as to the diameter of the silver birch trees, they've been there a decade or so according to this paper (which was looking at rather different terrain so we can only guess very roughly). Of course the trees may have been planted long after the structure was demolished.

Indeed this map from 1989 doesn't show anything except the main water tower (though something is present in 1979).

And that's as much as I can tell -- google has no archive news about Gallow Hill or Clatoo long enough ago to be relevant, and I can't find photos other than modern ones.

There were two large steel water tanks on these foundations back in the 1960's. The tanks were rectangular. I used to play in these woods as a child and remember the tanks as being very rusty and military looking.

Not the answer you're looking for? Browse other questions tagged scotland manmade-object-identification or ask your own question.

3
What is this abandoned equipment and shed on skids near Mono Lake CA?

9
What gear for sleeping in wild camping in western Scotland in May?
10
When is the midge season in Scotland?
18
Are there wild camping rules in Scotland?
5
What are these fungi that I've found growing on a dead birch?
11
What are these rusted metal objects found on a beach?
3
Small Islands in Androscoggin river, Berlin NH
4
What are the primary considerations for a solo traverse of the Cairngorms in winter snow?
3
What are these small corroded canisters on top of a mountain in Nevada?
10
What is this white, ribbed, box shaped object attached to a somewhat-remote tree near Lake Chelan?