What is a nose-hooked carabiner and why is it dangerous?

In rock climbing a carabiner can get nose-hooked and it is a very dangerous situation.

What exactly is a nose-hooked carabiner and why is it dangerous?

To put it simply, it is when the nose of the carabiner gets hooked onto something, which reduces its strength dramatically. This happens by preventing the carabiner gate from closing and keeping it in a position that results in a catastrophic load pattern. 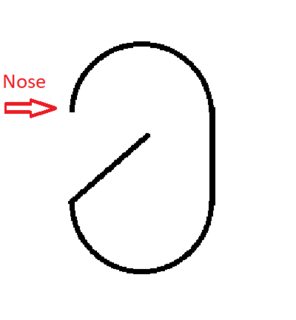 This can happen for instance when sport climbing and one goes to clip a bolt and by mistake one does not pass the nose all the way through the bolt but rather the notch in the carabiner gets hooked on the gate. 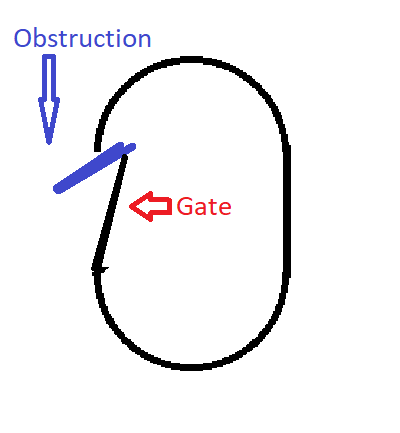 The reason that this is so dangerous is that it greatly weakens the carabiner. A carabiner's "D" shape is designed to put as much of the load force as possible along the spine opposite the gate. When hooked, the weight is placed on a weak position, with an additional torque placed into the material, which dramatically lowers the carabiner's weight carrying capability.

Many carabiners will have markings for the rating along the spine with the gate closed, gate open, and with the carabiner sideways. Gate open and sideways is often less than a third the capacity of the carabiner properly loaded. When nose hooked, it's even worse.

According to Black Diamond,

But when you test a nose-hooked carabiner, it can fail at less than 10% of its rated closed gate strength—that's less than 2 kN (500 lbf or 227 kg), a load that can be easily generated in even the smallest of climbing falls or even just a light bounce test.

Not the answer you're looking for? Browse other questions tagged safety climbing terminology carabiners or ask your own question.

36
What does it mean to cross load a carabiner?
16
Safe way to mark a carabiner gate?
16
Should a carabiner ever be clipped to the tie-in loops and should anything other than a carabiner ever attach to the belay loop?
8
Is rope-soloing inherently dangerous, and if so, why?
6
Is a portable jump starter dangerous?
8
Titanium Carabiner: what is its ideal use case?
15
What is a 'Whitecap' and why should I be concerned about boating in them?
13
Specific Chinese carabiner QA?
8
"Large" eye of tie-in knot: dangerous?
14
Climbing attached to a carabiner rather than tying in