What is a top strap on a revolver?

Some revolvers like the earliest Colts do not have top straps, and that is the easy way of telling them apart from the early Remingtons or from any modern revolvers.

What exactly is a top strap on a revolver?

The top strap on a revolver is the part that goes over the top of the cylinder as you can see on this picture of an 1858 Remington. 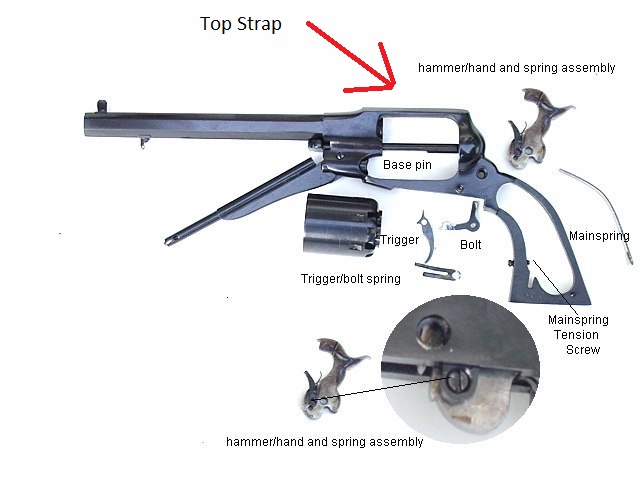 For comparison, here is a picture of a 1851 Navy Colt which doesn't have a top strap. 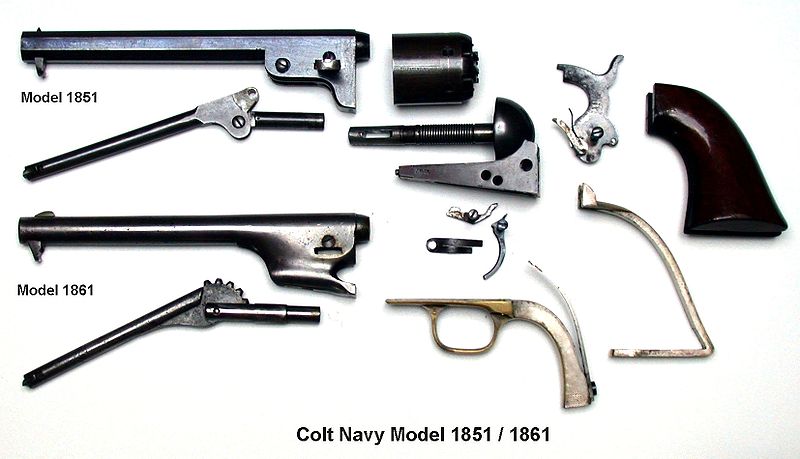 Finally, here is what an assembled 1858 Remington looks like, 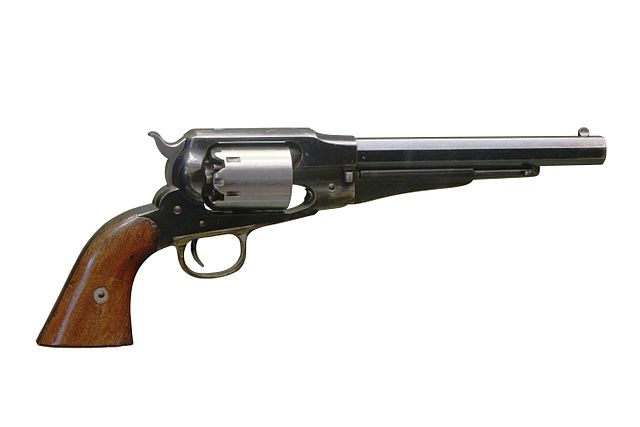 and here is what an assembled 1851 Navy Colt looks like (notice the lack of top strap).

The reason revolvers stopped lacking top straps is because top straps make for a stronger gun.

The Army rejected the pistol and asked for a more powerful caliber with a stronger frame. Mason redesigned the frame to incorporate a topstrap, similar to the Remington revolvers, and placed the rear sight on the rear of the frame; he consulted with Richards on some other improvements.

Not the answer you're looking for? Browse other questions tagged terminology guns or ask your own question.

5
Terminology and cues for reading river water when fly fishing
4
What is a lava tube, as a place to see bats? Are there any in the United States?
37
What is the responsible way to sell a firearm?
6
What are "minimalist shoes"?
4
What constitutes mountain exposure when hiking or scrambling?
1
What is a kassakåta?
6
What features of a trail camera make it easier for photographing animals than other cameras?
3
What is the advantage of a fluted barrel on a hunting rifle?
2
Terminology for different ways of tying bends?
4
garbage collection equipment: frame with handle as garbage bag holder