While watching the Ladies' Olympic Snowboarding Halfpipe in Pyeongchang, I noticed what appeared to be straps around the lower leg of each competitor. For example, here's a couple pictures of American champion Chloe Kim with said straps indicated: 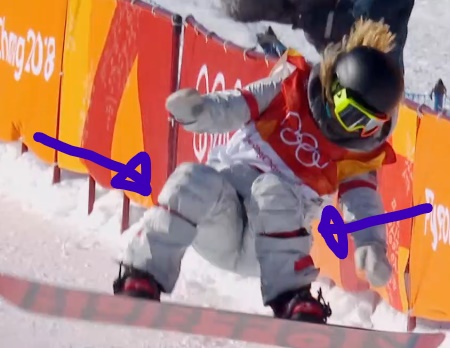 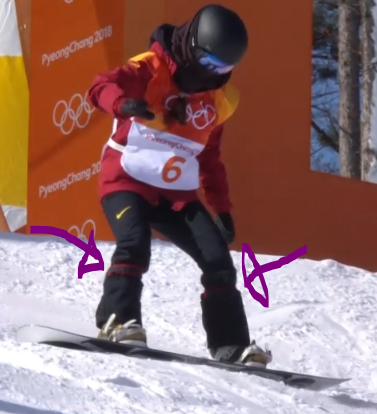 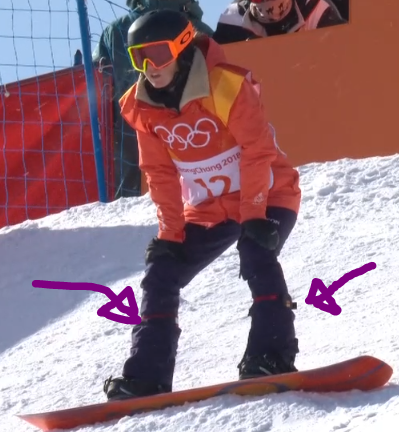 All images from screencaps of the NBC Olympics stream, available at http://stream.nbcolympics.com/snowboarding-womens-halfpipe-final

I am having trouble determining what exactly these are. My thoughts are:

While currently watching the Men's Halfpipe Final, these straps can also be spotted on several competitors (but, perhaps notably, not America's Shaun White). As not every competitor seems to be wearing these, it wouldn't seem to be something mandated by the IOC and thus presumably useful to the snowboarding world in general. Of course, it could be that other competitors are wearing them under their snowboarding pants?

These are transponders that the riders wear. They provide data to the judges, most notably amplitude or height achieved out of the halfpipe.

In effect, each athlete now controls his or her own clock, determining when it stops and starts and, increasingly, carrying it along the way. Speed skaters wear transponders on their ankles that mark their location, speed, and running time at every moment along their path; alpine skiers have them on their boots. Many of the temporal innovations this year have less to do with timing, per se, than with its permutations: the real-time acceleration rate and brake speed of speed skaters and alpine skiers; the takeoff and landing speeds of snowboarders; g-forces in the bobsleigh. It’s a continuous stream of entertaining data, but it can also be fed back into the training process, helping athletes to understand where they gained or lost time.

Not the answer you're looking for? Browse other questions tagged snowboarding or ask your own question.