Its a knot that can be useful in building anchors especially at the top of fixed lines.

How one would tie this knot?

This one is almost identical to the figure eight on a bight, with one crucial difference. 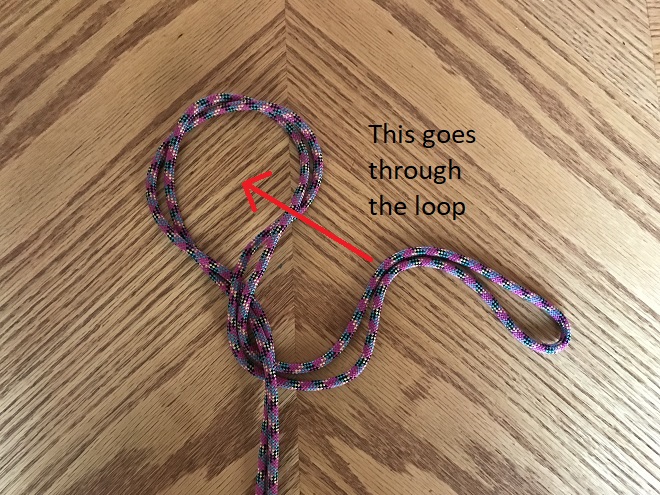 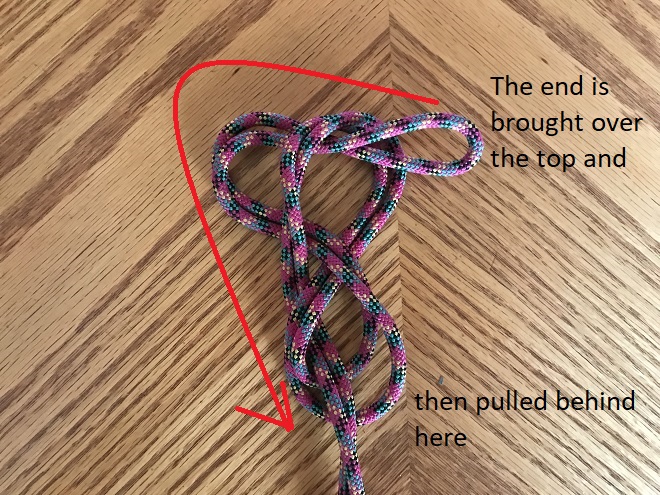 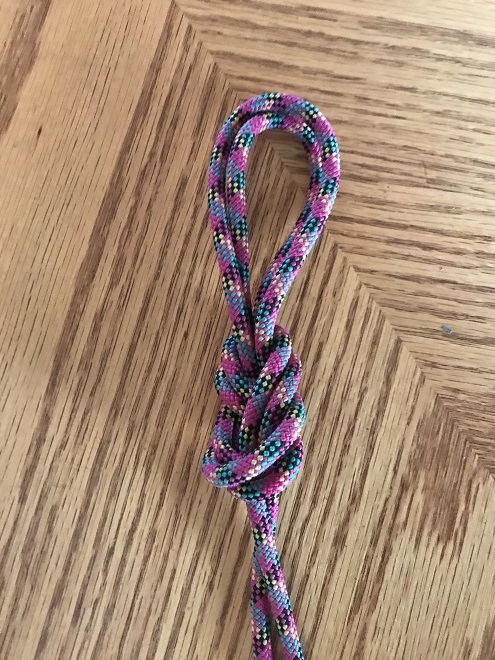 Finally, if you were going to use this for an anchor you would clip one carabiner through each of the loops. This is also why some people refer to it as a bunny ears knot. 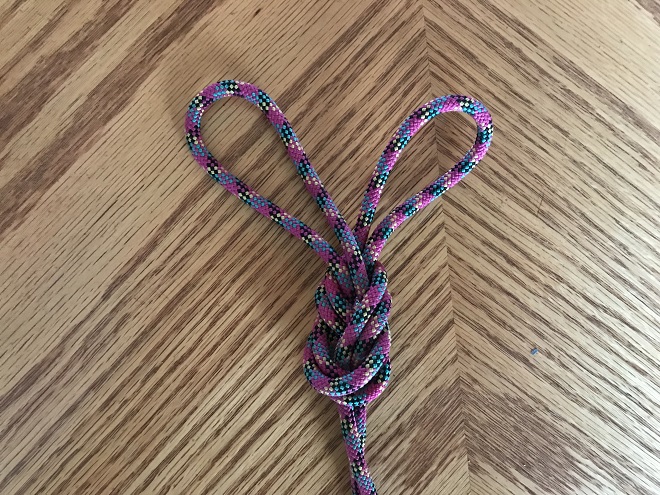 This knot works really well when fixing a rope to a two bolt anchor, and is easier to untie than a regular figure eight after being weighted.

You can watch a video tutorial on how to tie the Double Figure Eight on Grog's Youtube Channel as well.

Not the answer you're looking for? Browse other questions tagged climbing knots or ask your own question.

1
How to tie a figure eight on a bight?

7
How do I tie a bowline knot?
33
Which knot for climbing: figure eight, yosemite bowline, bowline on a bight?
13
Which is better, a single fisherman's knot or a double?
14
How do you tie your shoes one handed?
11
Top Rope Anchors - is a figure-8 on a bight stronger or just easier to untie than an overhand knot?
1
How to tie a figure eight on a bight?
7
How to tie a Purcell prusik?
0
How to tie a Purcell Prusik from a single end?
8
What is the strongest knot using a steel-thimble to make a steel-eyelet at the end of the line?
4
How to make it easier to untie a figure-8 knot after finishing a climb?