What is this raised, icy-looking structure, found at the edge of a partially frozen lake?

Last month, in February, my husband was walking on a trail in the woods in Massachusetts, alongside a fresh-water lake. The temperatures had been fluctuating a lot over the winter, so some areas were solid ice, others had partial ice, and others had free-flowing water, with some swirling current. There were rocks interspersed in the water and along the sandy edges.

On a section of one edge of the water he saw a raised, ramp-like structure. It had a bumpy top with some jagged edges. It was open on the sides underneath the risen section. It looked like ice and matched the mottled gray colors of the icy area surrounding it.

He was unable to get close to it, so he couldn't see the exact markings or texture. He only got one picture of it, from about 25 feet away.

To give you a broader view of the water, I've added the second picture, which is the same lake from around the bend.

What is this, and how was it formed? 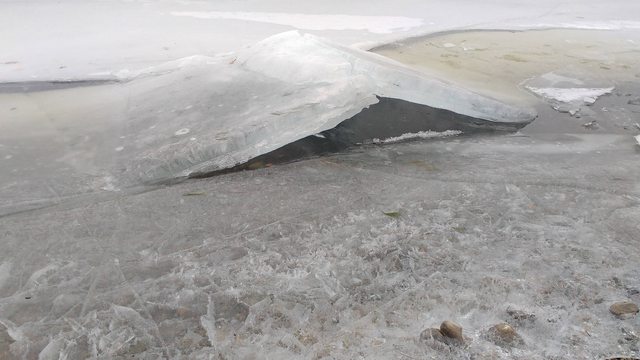 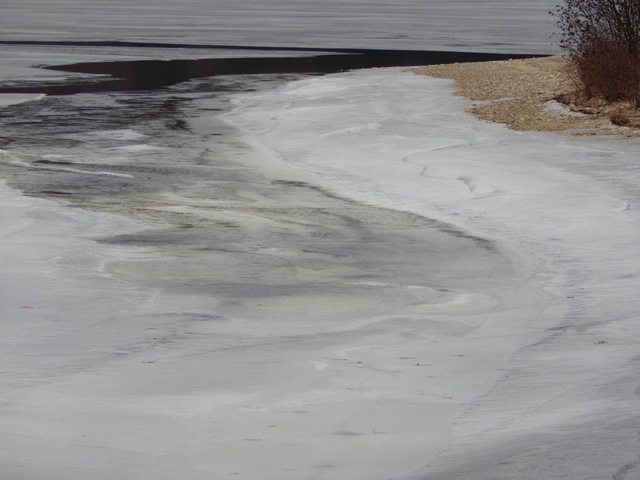 EDIT as of March 29, 2018: I don't know if it will be helpful, but I found a third picture. This too is of the same lake, but around a different bend from both the first and the second. 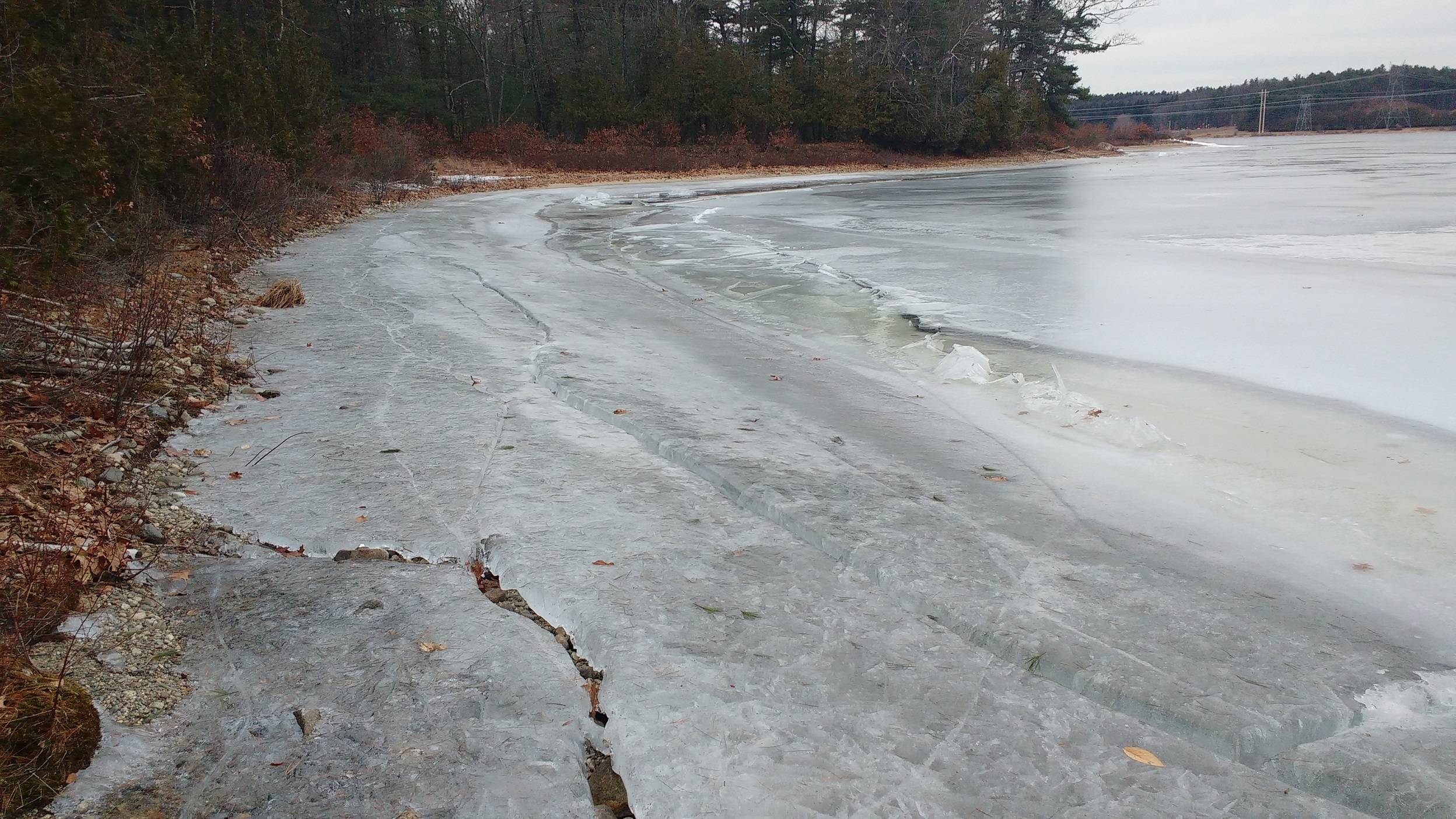 Its just the result of pressure on the ice pushing the slabs up like that. It could also have been a solid non melting object underneath like a rock, but I can't see one in the picture.

Ice will do all sorts weird things under pressure like pressure ridges or ice shove/heaves or spring tectonic cracks.

Since its melting, it would seem that the pressure is coming from ice sliding back down into the lake. During the winter a lake can freeze and then drain underneath, leaving the slant you see in the second picture.

To me it looks like the first bit or a small version of what we call in Dutch 'kruiend ijs' (stacked drift ice). The corresponding English Wikipedia page is 'Ice Shove' which seems the result rather than the action.

This happens when there is a big surface of ice which gets broken up in strong winds. If the wind is from the same direction for a while, the ice from the lake or part of the sea will all move to one end, pushed on by the ice behind it, while the water in the break freezes up again and the whole of the lake stays frozen if it stays cold enough.

In cases where the ice is broken up already, because of the weather or because of icebreakers, the build up can be even faster.

The ice becomes an unstoppable force if there is enough with a strong wind behind it and in all cold winters in the Netherlands there are warnings for some lake side roads. (And the villages and individual houses but those do not come over the national radio.)