What is the rather large bug with a green body, black stripe down the middle, 8 orange legs , two large antenna and large chompers?

I find this bug while hiking the Toiyabe Crest Trail in Nevada. It was probably 2 inches long and at an elevation of somewhere around 6,000 feet or so. 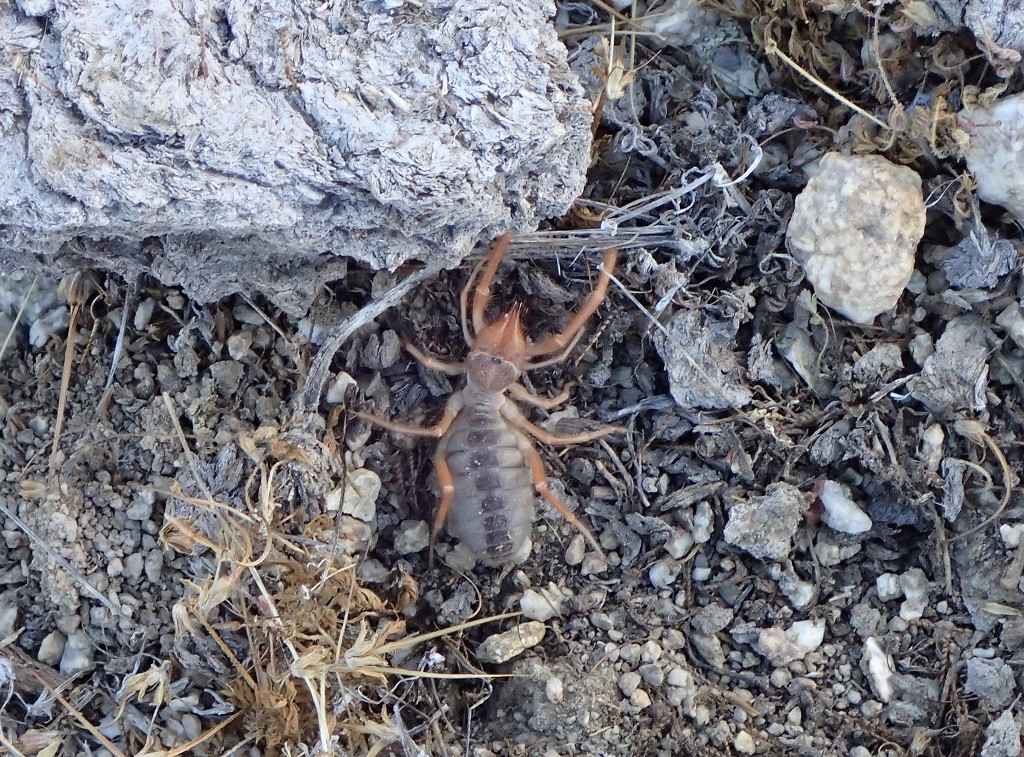 I did decided that I didn't want to camp anywhere close to the thing.

That is a camel spider, they became famous on social media when the US invaded Iraq in the middle east where they are more common, and the troops started taking pictures and sending them home. Apparently they are also found in the SW USA, which I didn't know. Good news is they aren't venomous, they just have really nasty jaws that can rip and shred flesh. They're known to "chase" people, but really they're only trying to hide in the shade of people's shadows. If one comes after you, just stop moving and it will stop too, it's just trying to use you as shelter from the sun. 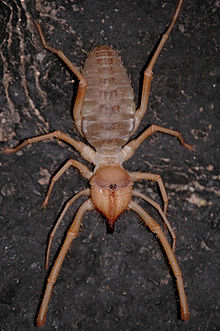 That looks like a Vinegaroon (not a camel spider), at least that's what my dad called them. Common in the desert SW. They pinch and bite but I don't think they are venomous. They do spray vinegar at you, hence the name.

Not the answer you're looking for? Browse other questions tagged bug-identification nevada or ask your own question.

7
What is this black and white spider with a bowl/tube web in England?
6
How can I identify Woolly Adelgid on a Hemlock tree?
9
What is this black and yellow-striped caterpillar with four toothbrush-looking tufts of hair along the top?
4
What is this brown catipillar with white stripes and two black spots near the head in Loveland, Colorado?
8
What is this dime sized black bug with white on the segments near Loveland Colorodao?
4
What kind of spider is this half dollar sized brown one with a darker brown body and a lighter brown strip down its back?