One of the genera of dinosaurs is the Tyrannosaurus, which includes the famous T-Rex.

What do the tracks of this type of dinosaur look like?

First off, the tyrannosaurus dinosaurs are in the suborder Theropoda, and were bipedal, which is a fancy way of saying that they walked on two feet.

They had three toes and one dewclaw. The ones found in British Columbia were over 2 feet long and over 5 feet between tracks.

Finally, these tracks are incredibly rare with discoveries in,

It's also worth pointing out that being more specific than this is hard, with some tracks being either from a Nanotyrannus or a T-Rex and they aren't even certain if those are two different types of dinosaurs or Nanotyrannus is a juvenile T-Rex.

As far as pictures go, 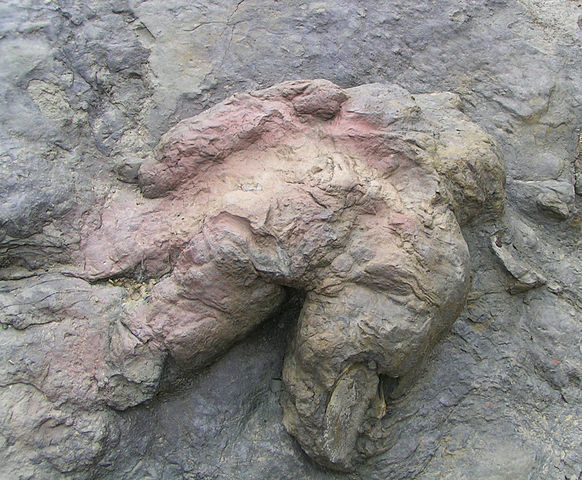 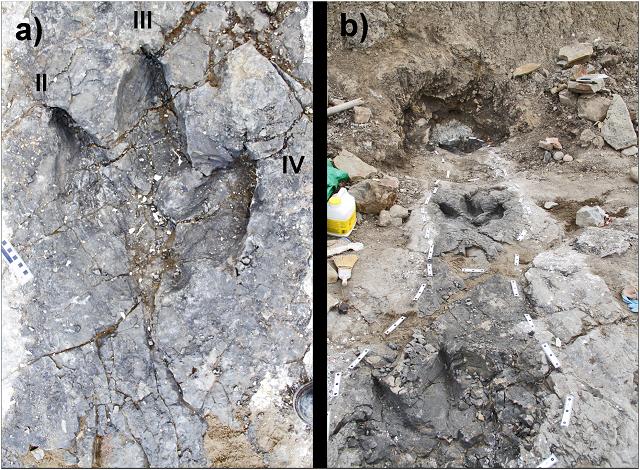 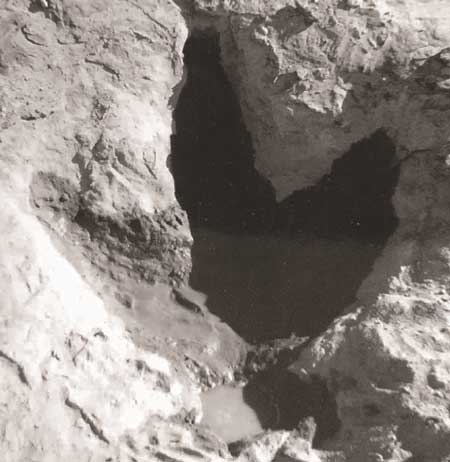 If you are still looking for more information, I would suggest this research paper.

Not the answer you're looking for? Browse other questions tagged animal-tracks dinosaurs fossil-identification or ask your own question.

5
What species of dinosaur made these 3 toed 6 inch long tracks?

14
After I've shot large game, and it escapes, how can I track it?
9
What animal is making odd footprints and squeaking sounds under my guest house?
11
Are these tracks in the mud tortoise/turtle tracks?
5
What species of dinosaur made these 3 toed 6 inch long tracks?
4
What is the difference between a dinosaur true track and a natural cast?
5
Are there resources for identifying dinosaur tracks?
2
How to find and identify mountain lion tracks?
3
What animals have paw prints similar to a mountain lion such that the absence or presence of claw marks are the most reliable distinguishing feature?
3
How to estimate the size and or gender of a mountain lion from its tracks?
6
Are these tracks on the sand in Portugal dormouse tracks?