When setting up a rowing frame on a raft or boat, there are three main ways to attach the oars to the frame: oar locks, oar rights, and pins & clips. Which is the best system? 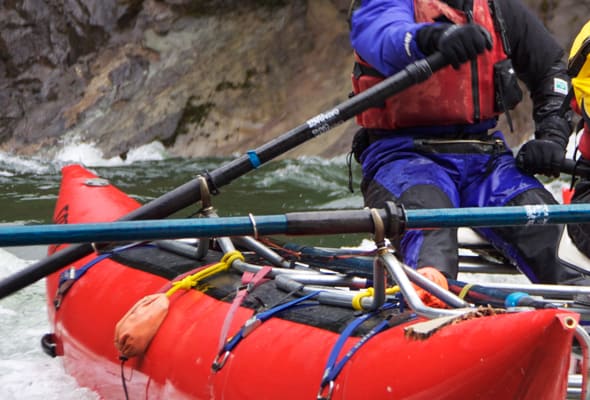 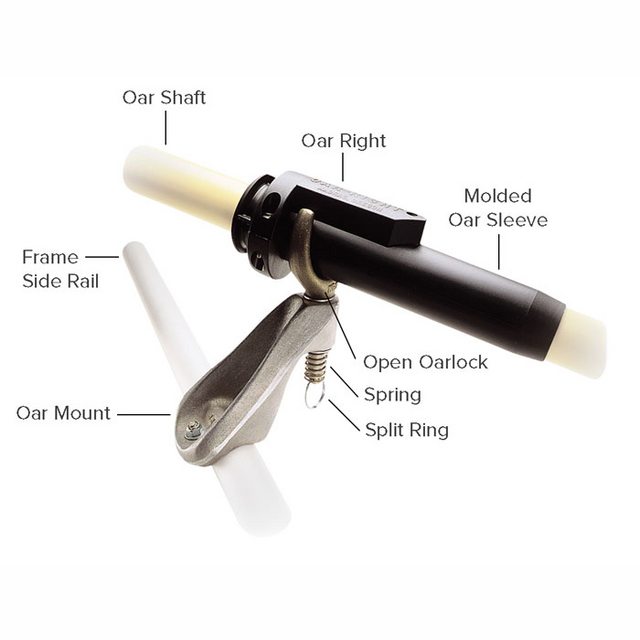 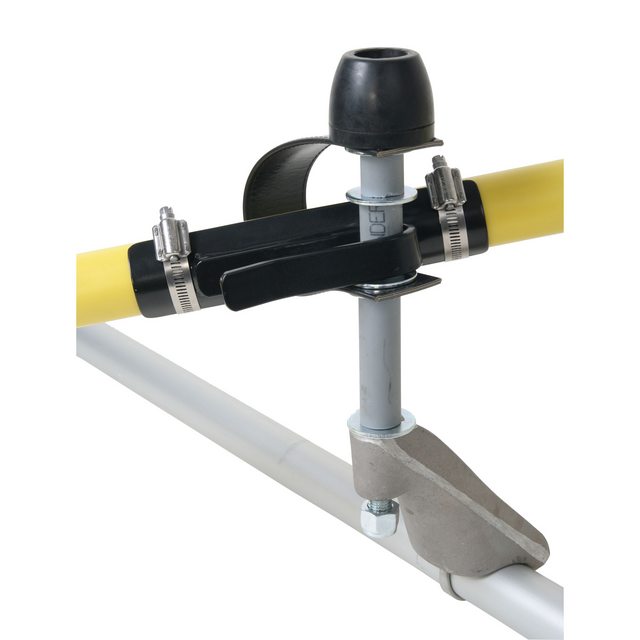 Ask three different raft guides and you'll get three different answers---gnarly rivers have been rowed on all three setups and it ultimately comes down to personal preferences. That being said, each system has distinct (dis)advantages that I'll discuss, which can be useful to know when first starting out.

The classic technology since time immemorial, oar locks allow for the greatest level of finesse when rowing. Since the oar is free to rotate axially, you can "feather" the oars by rotating your wrist. This allows for precise modulation of power, being able to better feel subtle currents in the water, and rotating the oar blade horizontally in a sculling motion when bringing it forward for the next power stroke (reducing wind and water resistance). On the flip side, you have to control the blade angle with your wrist on every stroke. When precision is at a paramount, oar locks are generally superior---for example, virtually every drift boat is equipped with oar locks.

In comparison to oar locks, pins & clips fix the blade at a vertical angle and are similarly held at a fixed location along the length of the shaft. This ensures that every stroke will be aligned for maximum power (especially in heavy whitewater), but eliminates the ability to feather the oar blades or even easily ship the oars.

Oar rights combine many of the pros and cons of oar locks and pins & clips. Some people feel that they are the best of both worlds, while others feel that they are the worst of both worlds. They gain some of the finesse and feel of oar locks (by using convertible oar rights or pulling the oars inboard several inches) and some of the stability of pins & clips, keeping the blade vertical for powerful strokes. On the flip side, they aren't as stable as pins & clips and don't allow for the fine control of oar locks.

Not the answer you're looking for? Browse other questions tagged boats whitewater-rafting or ask your own question.

7
Are Personal Flotation Devices a good idea when rafting?
7
How to choose a class of rapids for a variety of skill levels?
26
How to carry a bicycle in a canoe?
7
Renting a boat for overnight in ocean?
6
How can I prevent a fiberglass crack in my sailboat from getting worse?
8
What happens when fiberglass gets wet?
4
Screen cover for boat inspection port
9
How to get a beached pontoon boat back into the water?
6
Does 'Single-oar sculling' have any use in recreational boating?
3
aluminum or hard plastic boat oar?