Can you attach a non-load bearing hip/waist belt to an existing bag?

Is there a way to upgrade a bag to have hip belts?

If so what should I look for in identifying a good product to fill this niche?

I would prefer not to have to sew, but this does not have to bear any weight, so I'm hoping that is not an issue. My main concern is to be able to clip easy-access storage onto the new belt.

Bags that are long enough and sturdy enough to take a hip belt probably already have them. The belt needs to couple well to the frame/load if it's going to take any weight so you need more than just sewing skills. This doesn't mean it's impossible, just hard, and the best source of materials might be a hip belt off an old rucksack. The only reason I could see to want to add a hip belt is for a challenge, unless the pack is very special.

A stabilising waist belt doesn't take any significant weight, but would be much easier to add. This can be as simple as two pieces of webbing with an adjustable buckle. Waist belts are often attached to the same points as the bottom of the shoulder straps, so stitching or knotting a belt there should work (it would probably ride up if just clipped). You could cut a webbing belt in half, seal the ends, and tie it on, for example, though I'd put a few stitches in to get the angle about right.

As it's mainly storage you're after: backpacks that lack hip belts are often comfortable over a separate belt, either with built-in pouches like those sold for running/cycling/cameras, or with extra pouches threaded on. Such a belt could be hung from the backpack to keep them together, using a couple of lengths of paracord to the bottom of the shoulder straps. 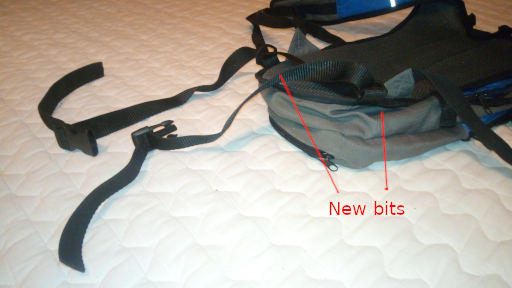 Here I added a waist belt to a small (hydration, but I often use it without the bladder) backpack by adding some D rings (2 bar loop buckles would have been better) attached by short pieces of webbing sewn onto the bag. I can then thread a webbing belt through those. This is versatile as I can use the belt for trousers instead, or as a luggage strap to carry the backpack on my bike. The belt can add capacity by hanging pouches off it, but that works better for light things (at the same time I added loops to the bag itself so I can attach my home made bike stem bottle bags a bit like these).

If you just want extra load carrying space then you can buy suitable belts from military suppliers.

you can either get plain belt and separate padding which you can slip onto the belt, which is best if you want to use simple loops or you can get complete units which often have MOLLE type strips on the outside which needs compatible pouched but is very versatile and also works well with anything with a pocket clip etc. 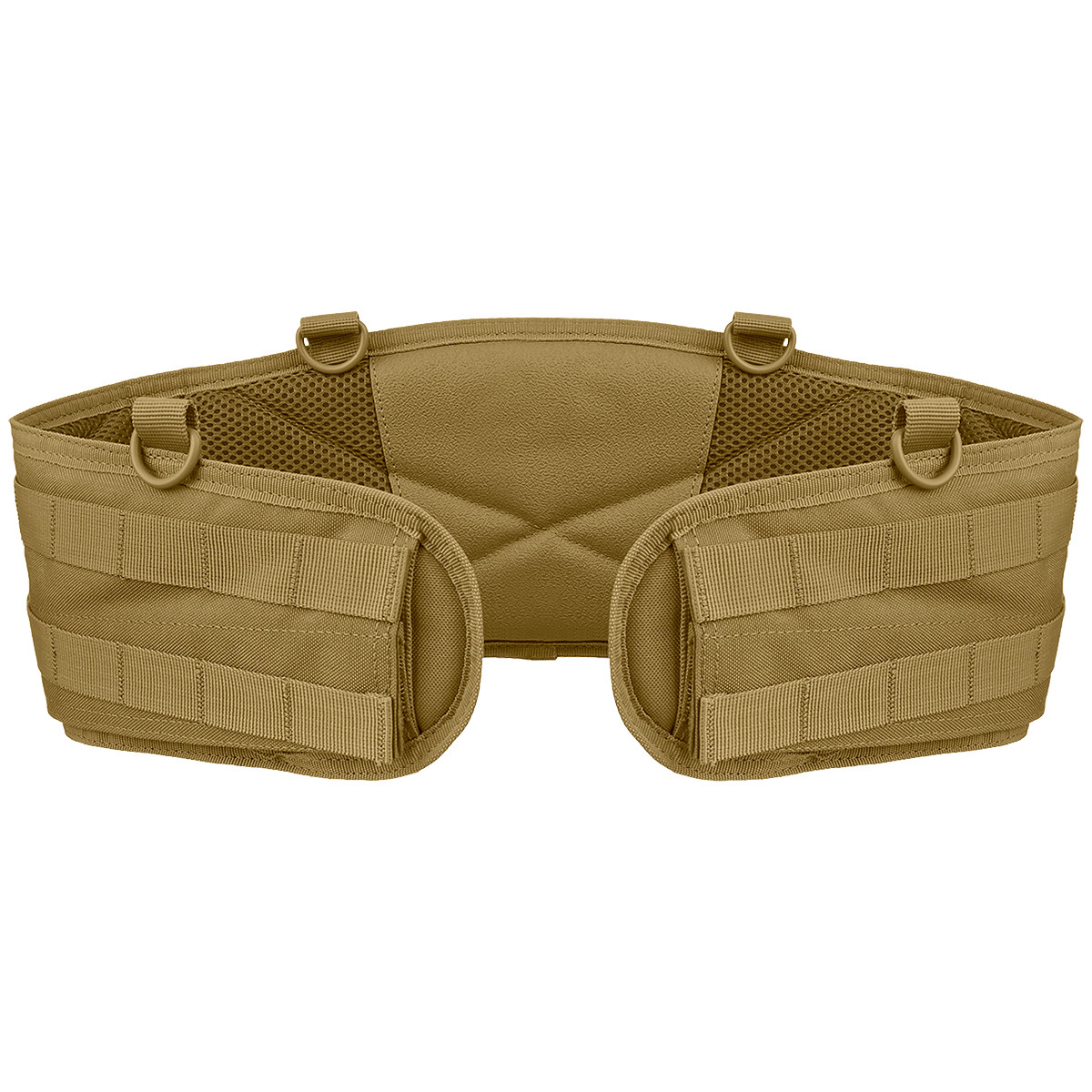 For small items like torches, fist aid kits, compact cameras etc, these work pretty well and there is a huge range of pouches available and will take a fair amount of weight and it keep small, frequently used items compartmentalised and accessible. If you add a yoke which clips to the D rings on the top edge you can carry quite heavy stuff.

Having an entirely separate belt also gives you a bit more flexibility in many situations as you can leave your main pack off but still keep belt mounted items handy.

Not the answer you're looking for? Browse other questions tagged backpacks diy or ask your own question.