How big do ducklings get before they can fly?

The ducklings are getting much bigger very quickly, to the point that it's almost hard to tell the mother duck from the ducklings, (mother duck in back of procession) 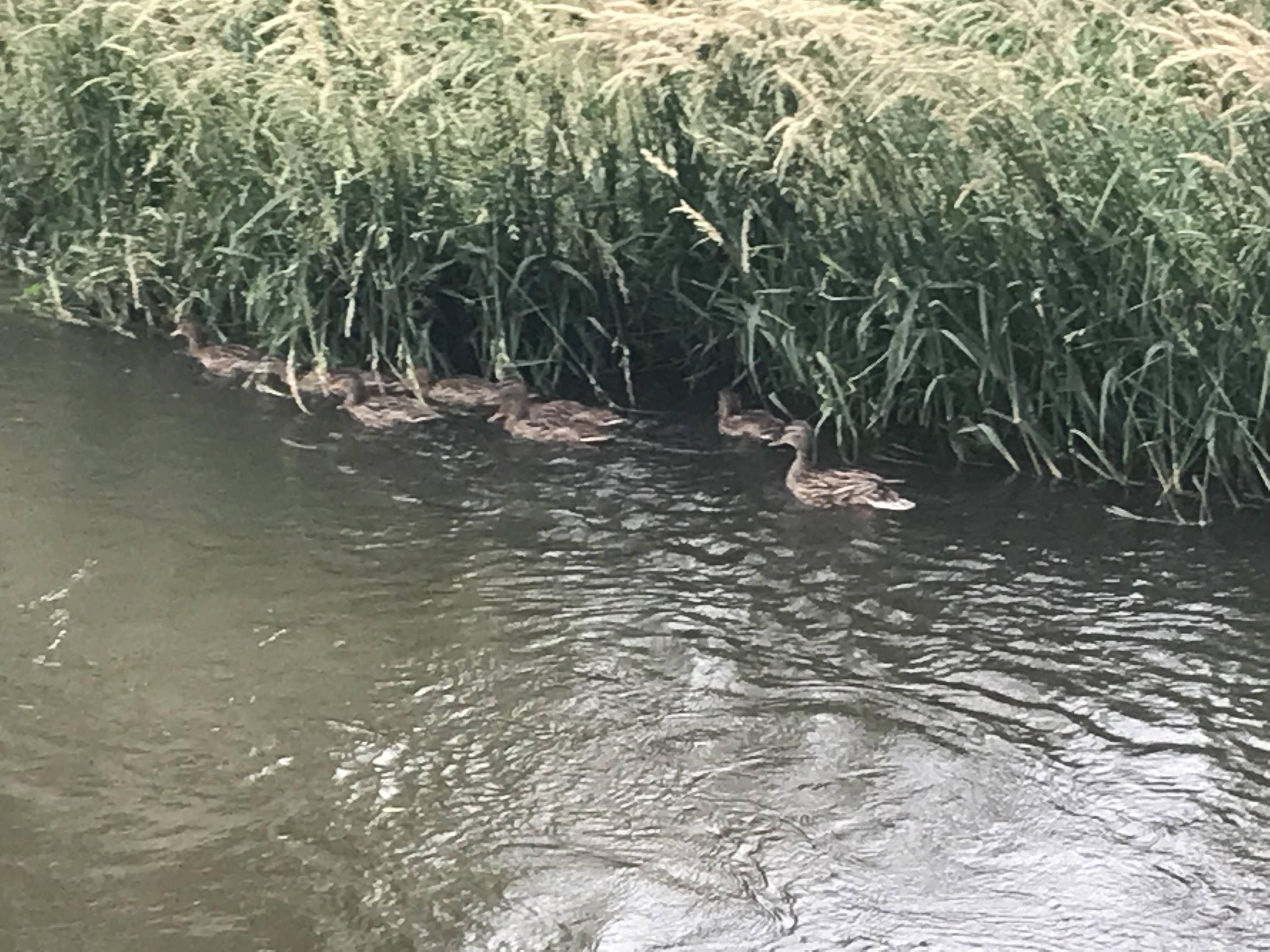 How much bigger are these ducklings going to get before they start flying?

According to Mallard - Wikipedia:

Incubation takes 27 to 28 days and fledging takes 50 to 60 days. The ducklings are precocial and fully capable of swimming as soon as they hatch.

So they will be about 8 weeks old when their flight feathers are fully developed. However it will be another month or two before they are strong enough to actually fly:

Two months after hatching, the fledgling period has ended, and the duckling is now a juvenile. Between three and four months of age, the juvenile can finally begin flying, as its wings are fully developed for flight (which can be confirmed by the sight of purple speculum feathers).

By that time they are more or less their full adult size.

Not the answer you're looking for? Browse other questions tagged bird-behaviour ducks or ask your own question.

18
Why do seagulls circle around at high altitudes?
10
Bald eagle vs. vultures?
22
Why do some birds fly in a V-formation?
11
Why was I attacked by a bird (twice)?
3
How do mallard mother ducks tell their ducklings from others?
6
How can a Common Kingfisher bird balance on a tiny swaying reed without moving its head?
7
What can I do to get garden birds back after hawk has made my bird-feeder his hunting ground?
6
Why might a larger peregrine falcon chick take longer to molt than smaller siblings?
2
Are swifts flying around my window trying to “scare me”?