How to tie a bull hitch using end(s)?

I have found the bull hitch really great for tying my paracord to secure to an object, like a stick, branch or other long object. The reason I like it is that compared to other hitches like the girth hitch, it will not come lose. (for instance, the girth hitch will be tight and snug while tension is applied, but if you push up toward the hitch, it will become loose)

To my surprise, the bull hitch isn't that common; or at least the online literature on it is rather scarce. Using a search engine query will bring up mostly "cow hitch" content -- which is not the same. So for reference I have painstakingly used paint to show how to tie the bull hitch assuming a closed loop. Numbered steps accompany the picture.

Question: With the steps of the closed loop case as articulated above in mind, how can I achieve the same hitch but using the ends of a cord? I would appreciate it if someone could also doodle the steps or some other visual representation.

The bull hitch is just a cow hitch (aka girth hitch) with an extra round turn. 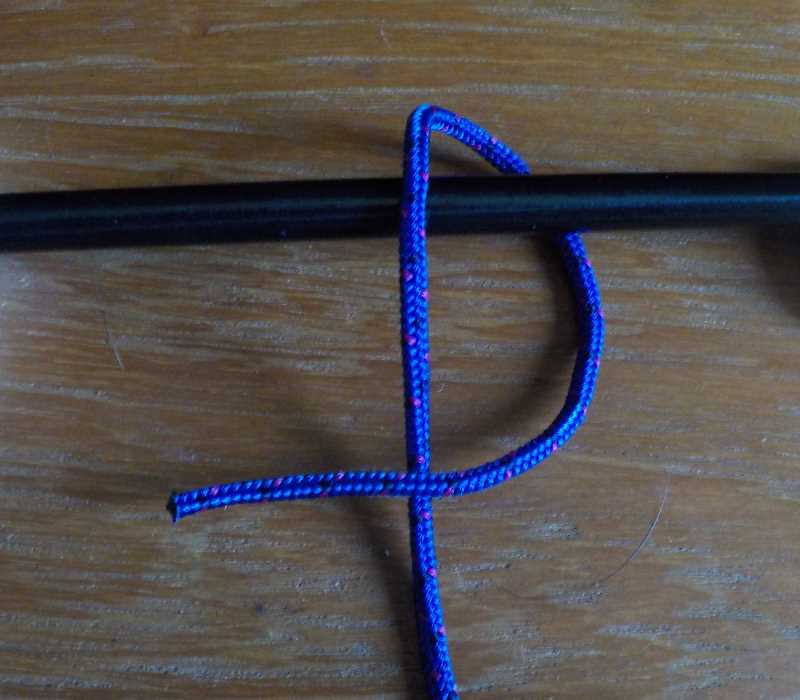 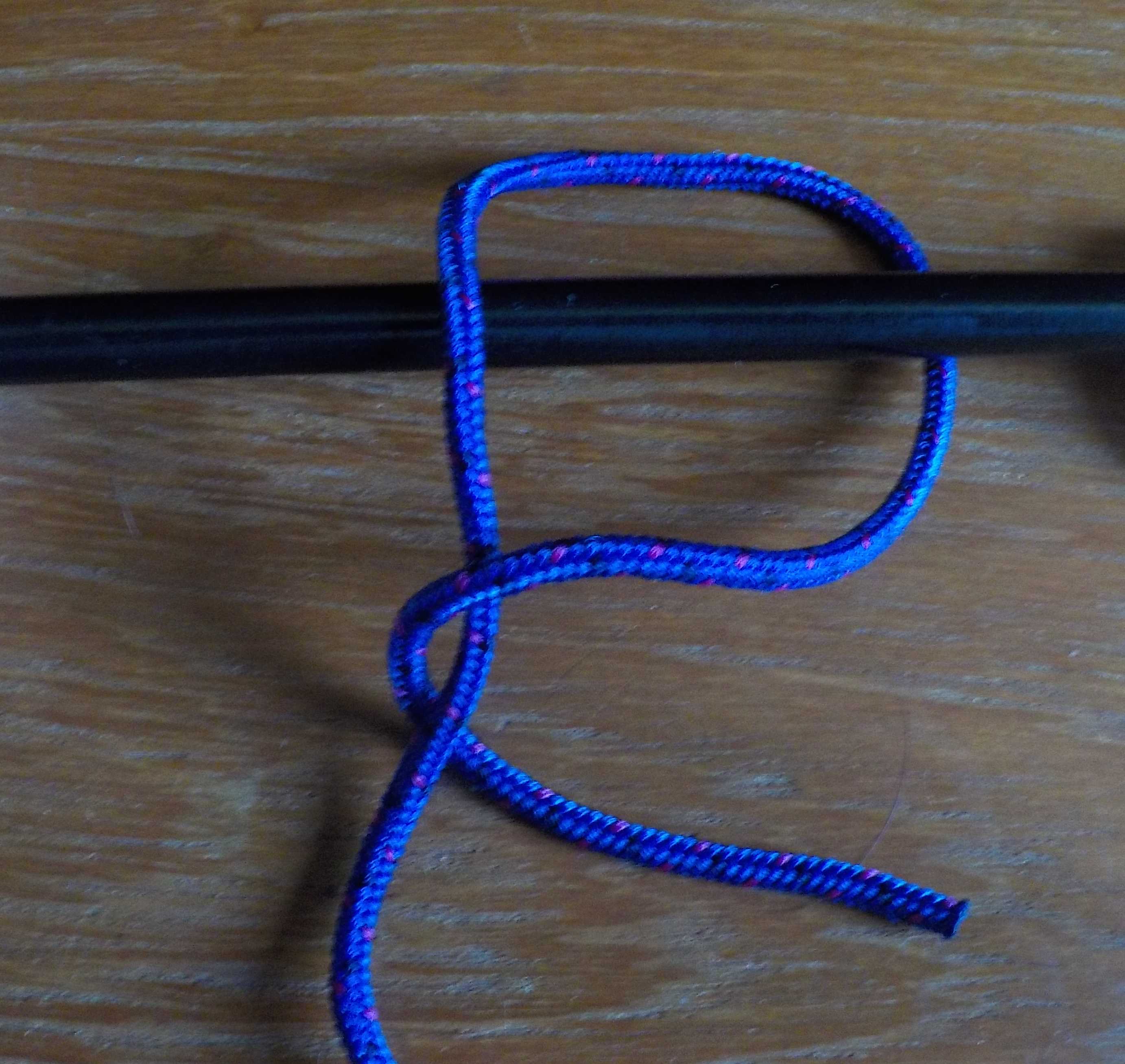 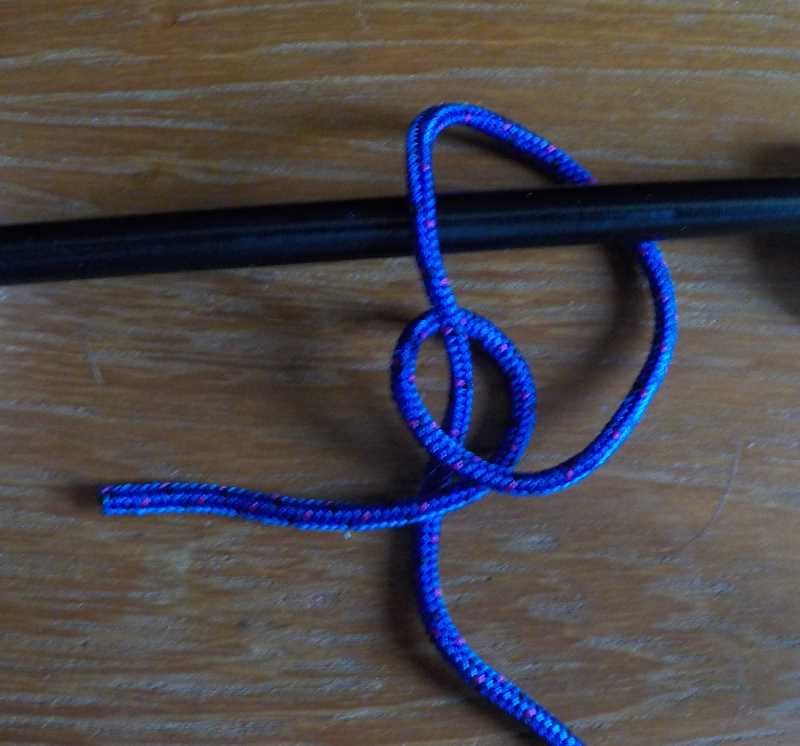 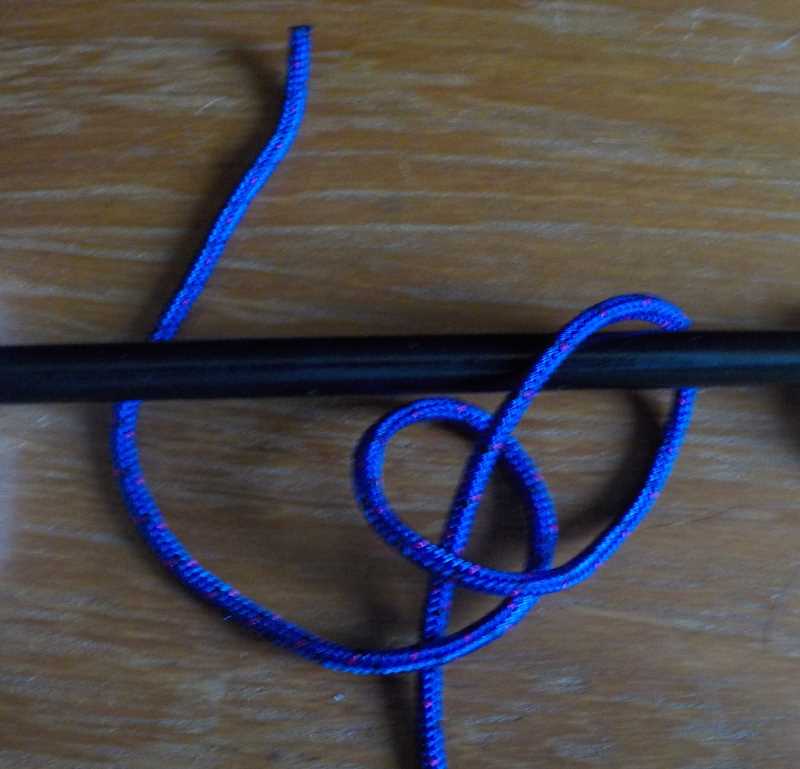 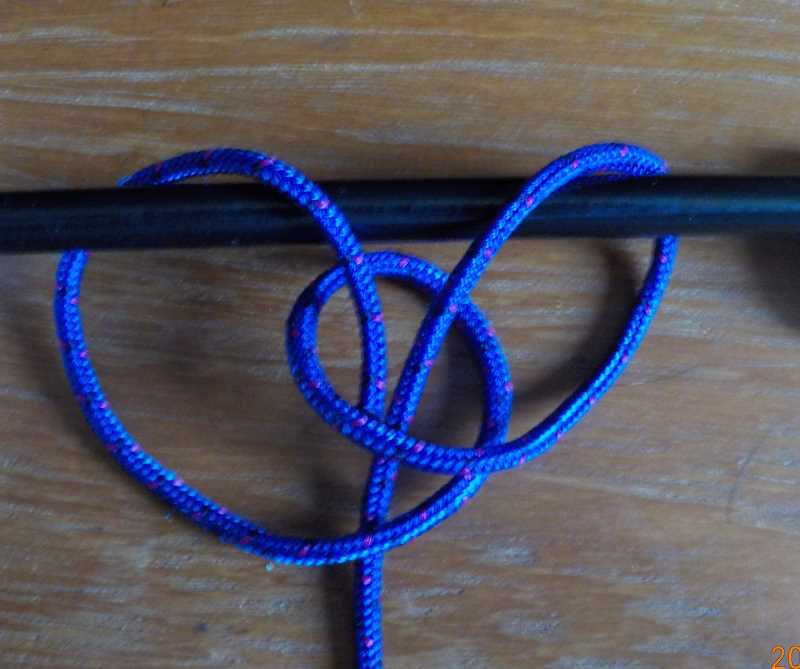 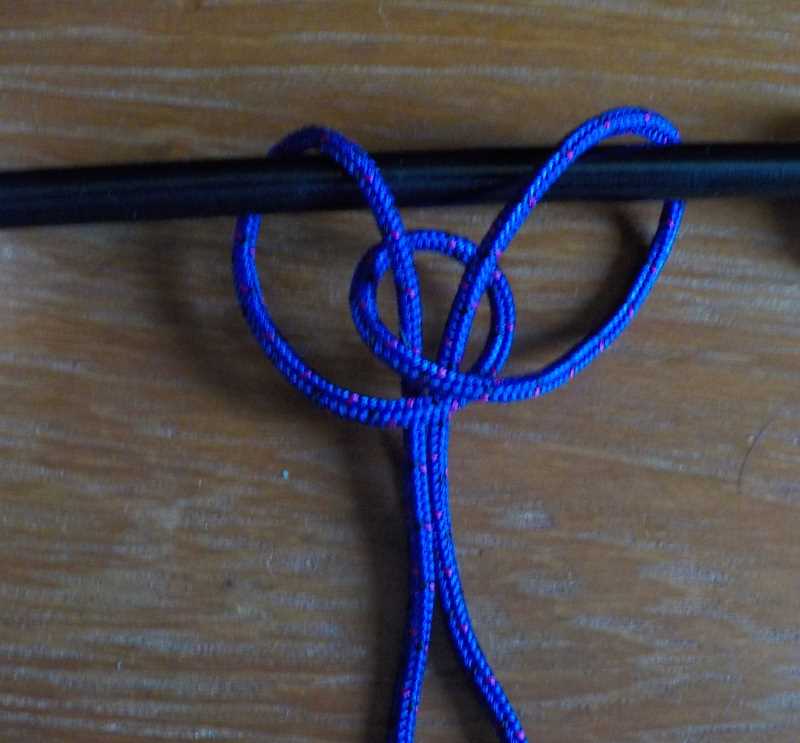 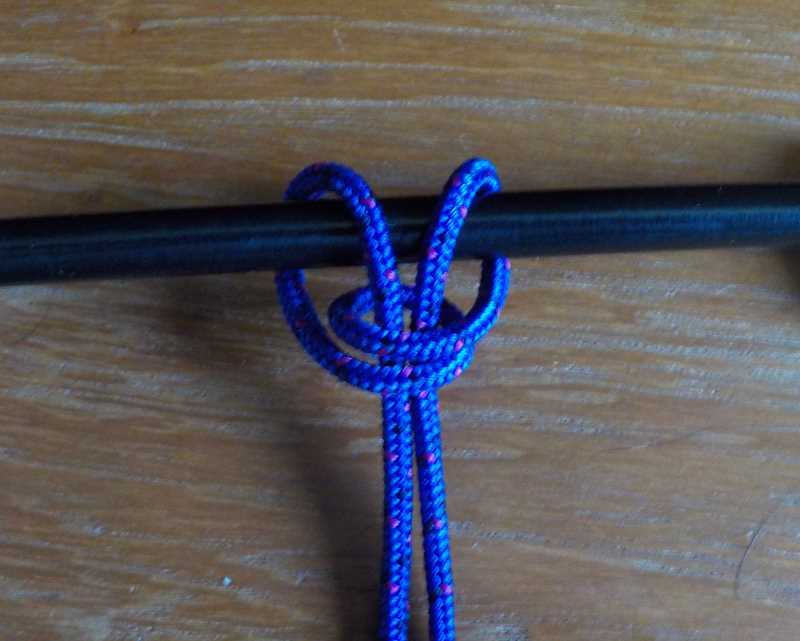 3
Which knot is best for connecting loose ends and attaching carabiner?

8
How do I tie a double fisherman's knot?
7
How do I tie a bowline knot?
20
Using a Girth Hitch in Alpine Draws
7
Securing things to spars with a wire Cocky's Hitch
2
Please explain this cryptic instruction on soloing related knots
14
Why are eye friction hitches not commonly used in rock climbing?
9
How can you tie a clove hitch one handed?
5
Double half hitch, versus two half hitches?
0
How to tie a Purcell Prusik from a single end?
7
Help troubleshooting bowline knots