Do doves go through a molting time of shedding and replacing their feathers?

We live in Massachusetts, Northeastern United States. It's late July, and our temperatures this month have ranged between 70°F (21°C) and 90°F (32°C).

Mourning doves, Zenaida macroura, live here annually for many months. Lately some look a bit disheveled. They have fewer feathers, and some of their feathers are smaller, thinner, and more fluffy, especially on the back ends of their wings and body. They seem healthy, and we haven't seen physical damage either close-up or with binoculars.

Yesterday, we found a large amount of feathers matching the sizes and colors of those of the dove. They were dispersed throughout a small evergreen bush and on the ground. We assumed a bird had been caught by an animal. My husband searched the area for a body or bones, but didn't find anything.

A friend told me that the birds in this family molt, shedding feathers and replacing some of the older feathers with new ones. I've never heard of this, but it could make sense, according to that evidence. Is it true that doves go through a molting period? If so, what triggers it? Do both male and females do it?

Our mourning doves live in the United States and Mexico. They're part of a large family of doves called Columbidae, found in many countries. In case this is a characteristic of doves in general, I'm not limiting the question to a specific breed.

These pictures are an example of what type we have, and were taken in our yard. 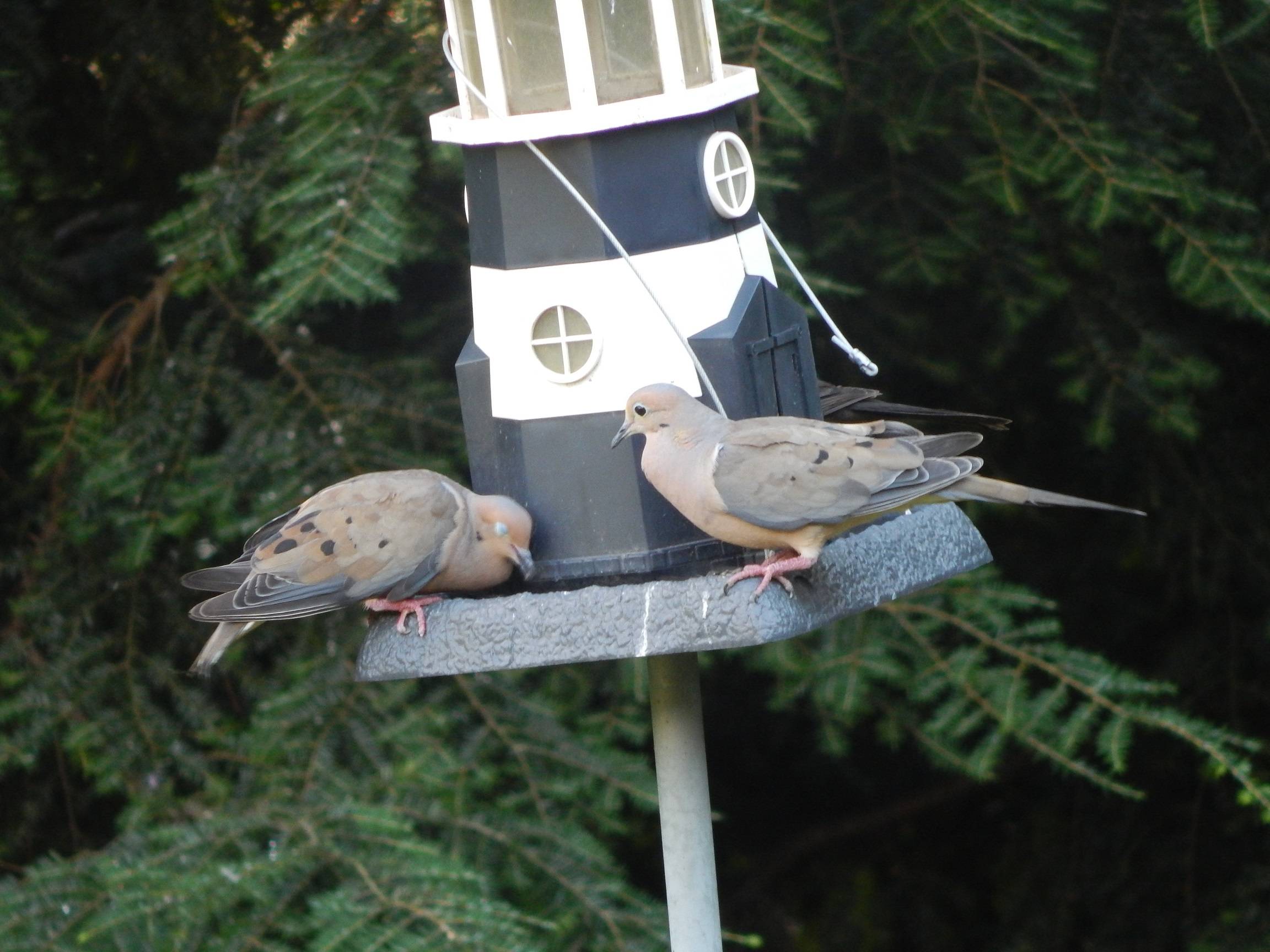 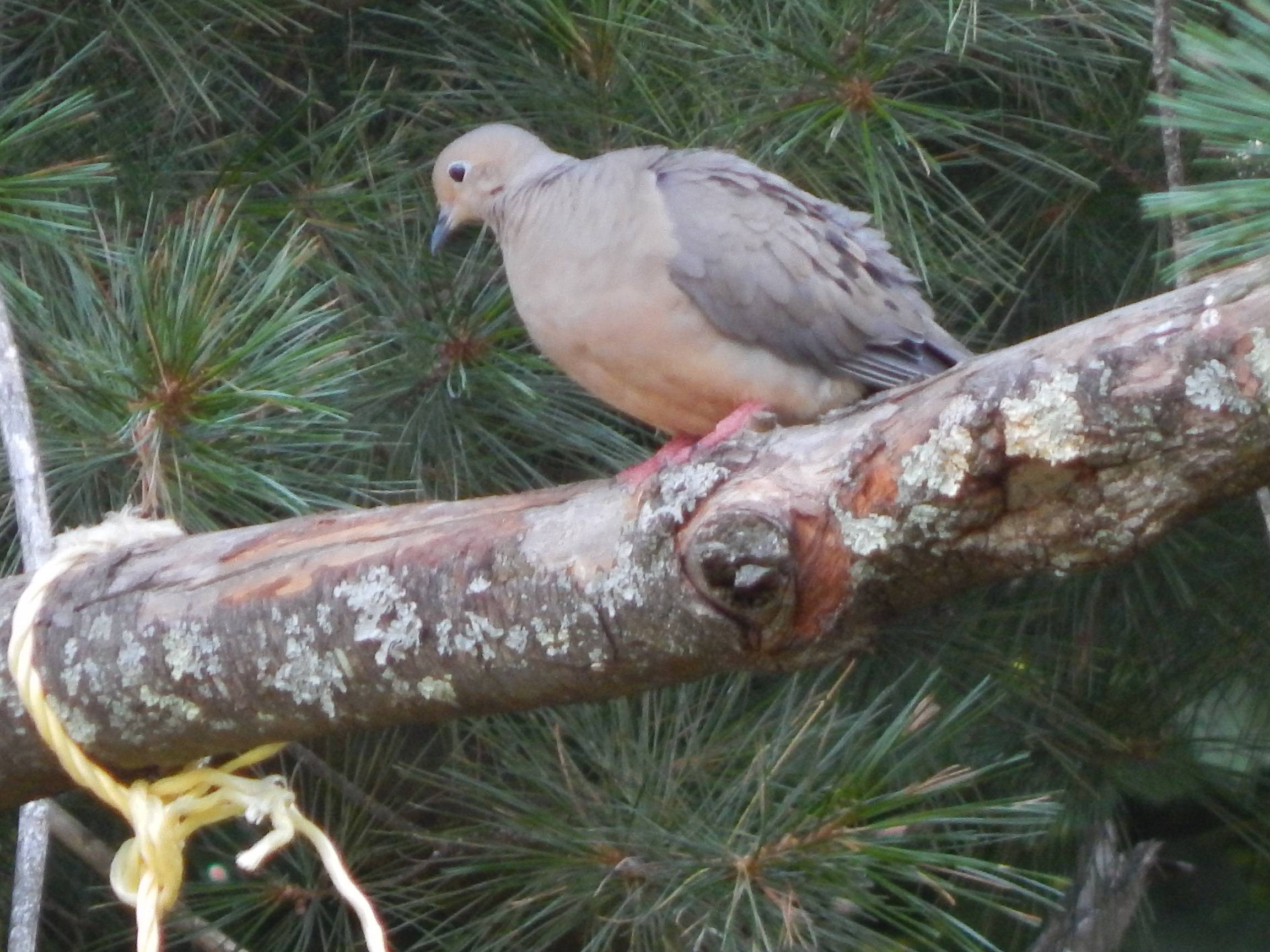 According to the Cornell Lab of Ornithology, in general, molting occurs when the feather becomes worn or damaged since the feathers are considered a dead structure. Molting can occur more than once a year and can be timed so that there are more healthy feathers prior to migration, or due to the high energy demands of molting, to avoid the demanding nesting season. 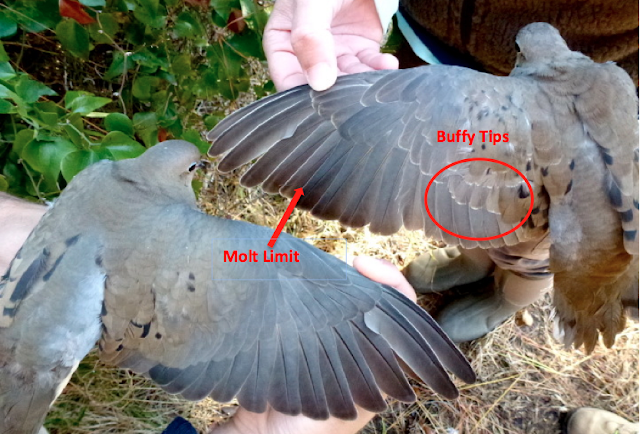 4
What are these large black and white waterfowl with red around the eyes?
21
Do bees at the hummingbird feeders keep the birds away?
7
Does the male or female Emperor penguin incubate their egg, and for how long?
7
How should I choose a submersible bird bath heater which is reliable and effective?
8
How can I tell the difference between an American Crow, and a Common Raven that lives in America?
8
Why are common grackles standing on our bird feeders with their heads pointed straight up?
7
What is this black and white bird with thin brown legs and a multi-colored beak, found in Massachusetts USA in January?
10
Do birds get ticks?
6
How does a European Robin differ from an American Robin?
4
What features should I look for in a free-standing heated birdbath for below zero temperatures?