Identifying a plant seen in Cyprus

This plant was seen in Cyprus a few days ago and my girlfriend was wondering what it is.

Is anyone able to identify it please? 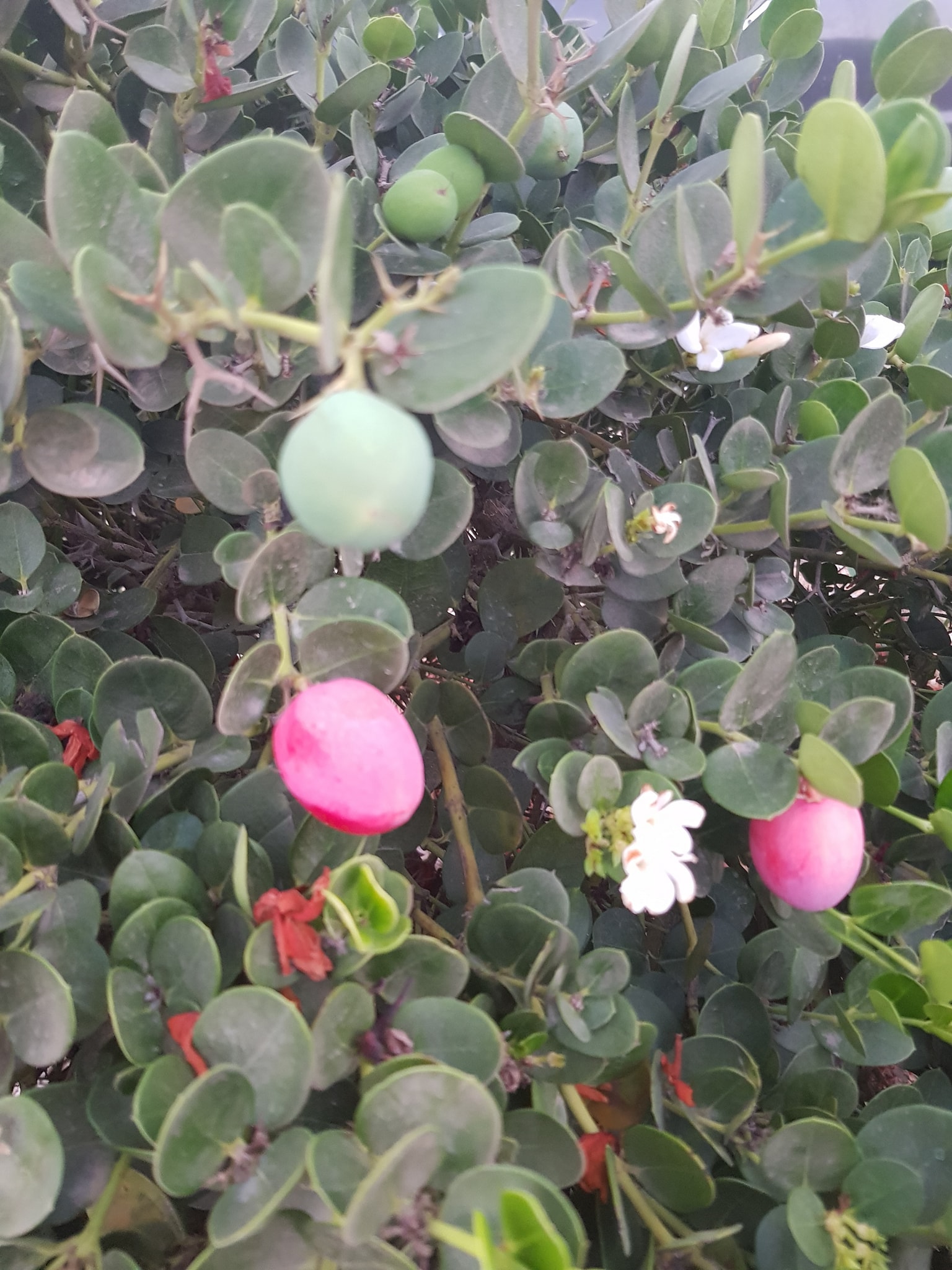 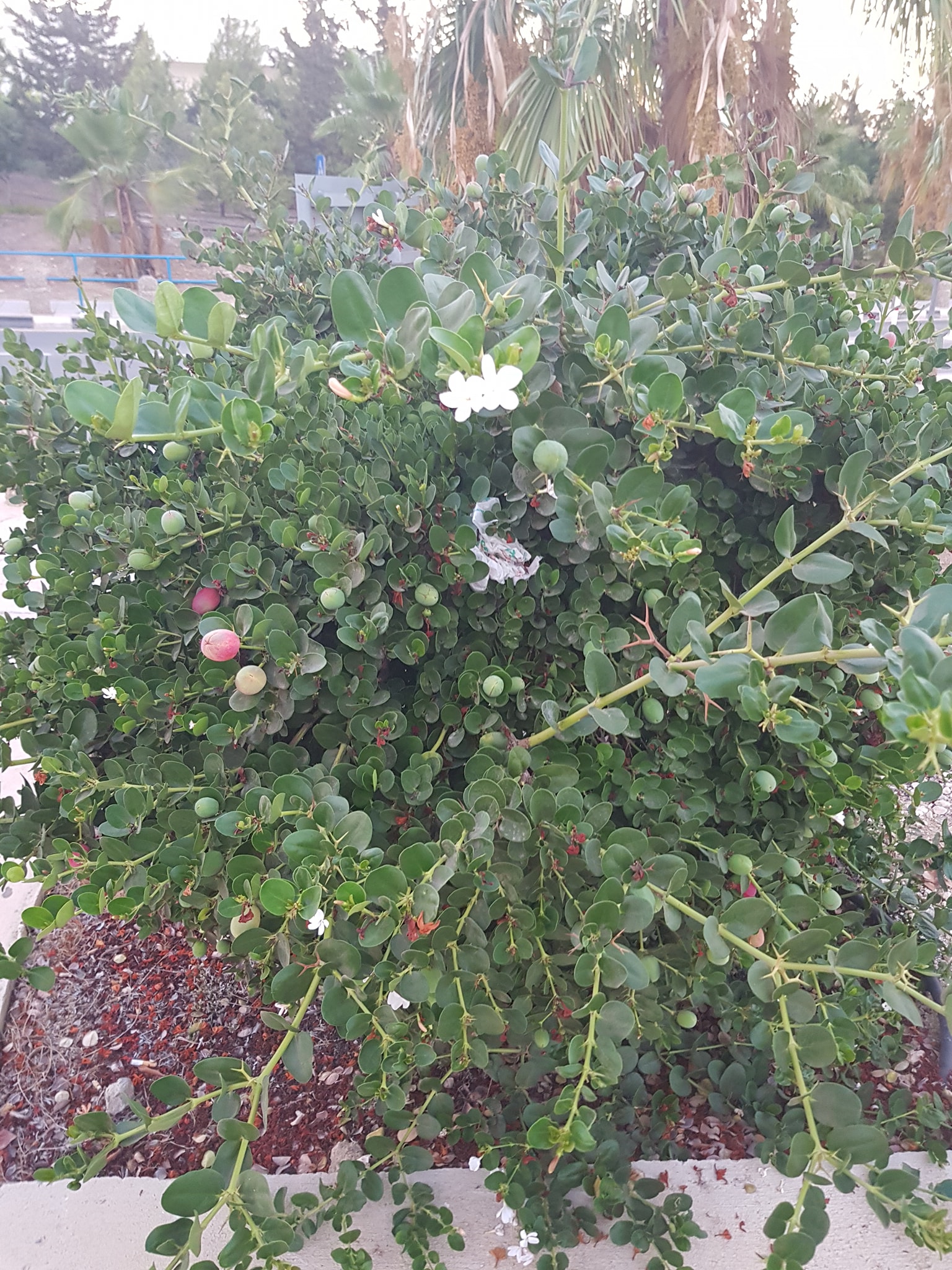 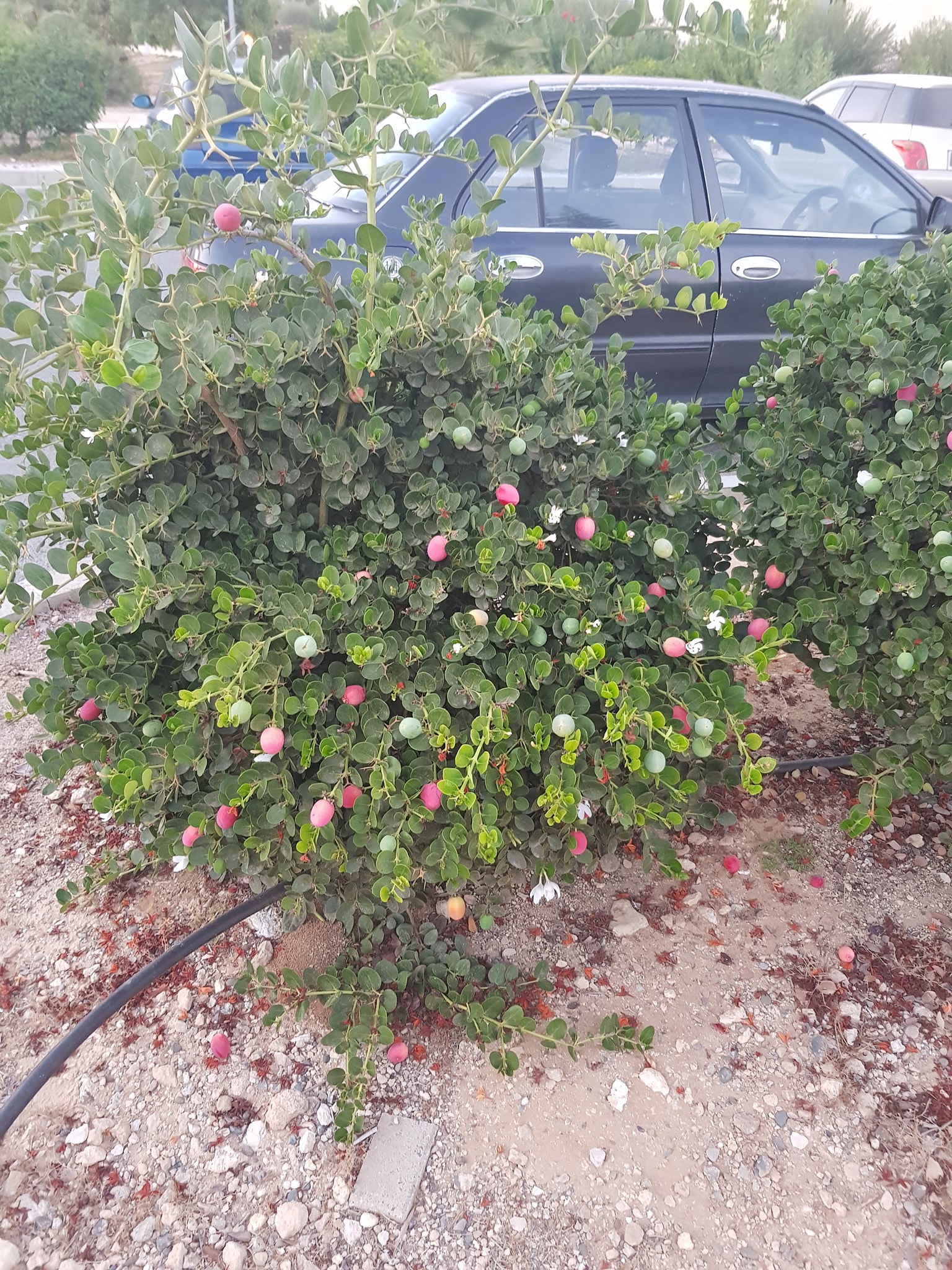 This seems to be Carissa Macrocarpa, commonly known as Natal plum, or another related species. If one searches for common plants in Cyprus, it does come up easily. I am guessing that the climate in Cyprus is very similar to its native south african Eastern Cape and that's why it's been introduced as a landscaping plant.

But just as with the introduced and now invasive giant hogweed it is somewhat of a hazard, although to a much lesser degree, as the whole plant is poisonous except for the fruit (as long as they are ripe).

Some of the prominent identifying features: 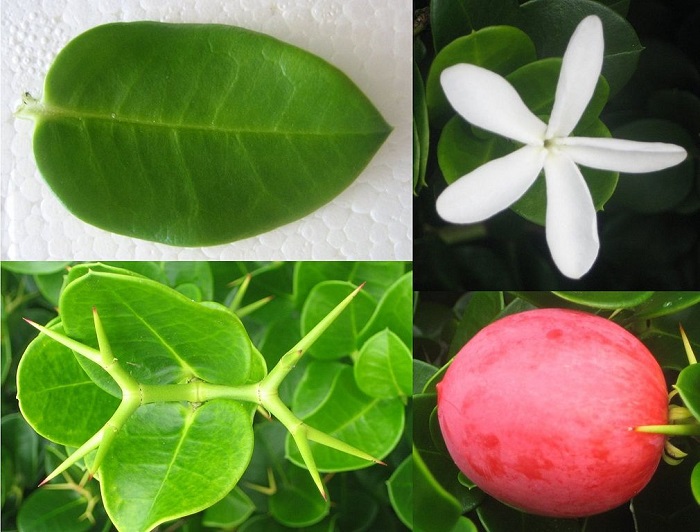 Not the answer you're looking for? Browse other questions tagged plant-identification or ask your own question.