Within the mountains (and other wilderness areas) of Västerbotten and Norrbotten in Sweden, there is a lot of cultural heritage, with Sami huts ("kåta") like Måskåsj-gammen or like this one between Sjisjka and Tjåurek: 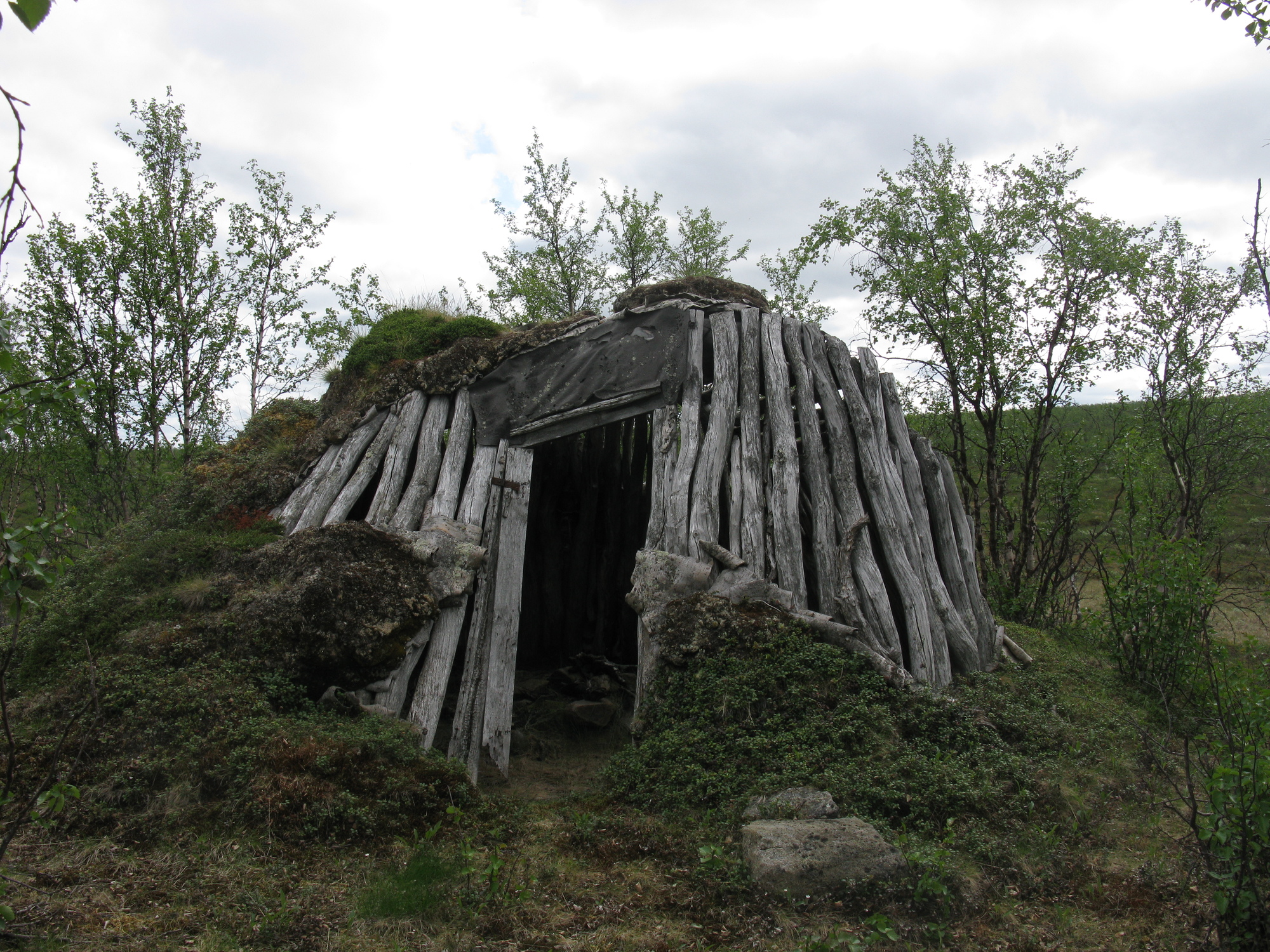 Sami hut between Sjisjka and Tjåurek, 18 June 2011. Photo by myself.

The January 1983 edition of the magazine Västerbotten describes the Ljusfjällskåtan as follows:

We came, one could say, to meet without actually meeting, in buildings that I described. Enoksson has built the largest sami hut I have seen (except church huts in Norrbotten), Ljusfjällskåtan, for Vilhelmina North sami village (a so-called kassakåta, after the villages shared kassa), which just like his own hut up in Remdalen was especially well built. The latter is now own by Gotthard Larsson in Grytsjö, the president of the sami village and one of the people I have interviewed.

Edit after return from hike:

The trail is invisible for most of the way. It is marked by cairns, but the cairns are too far apart to be visible from one another, in particular in the forest, so cross-country navigation is essential to find it. 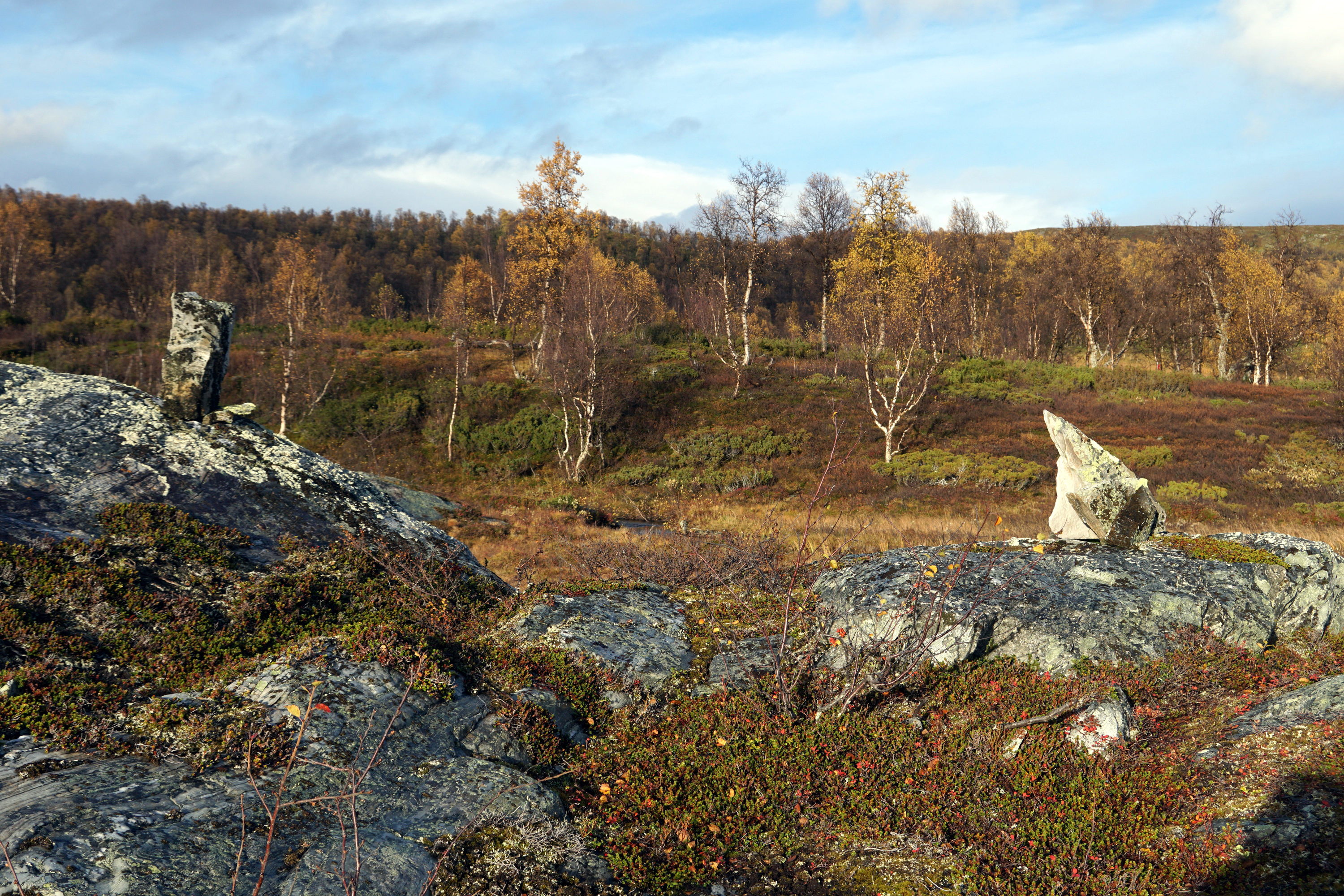 Trail approaching Ljusfjällskåtan from the east 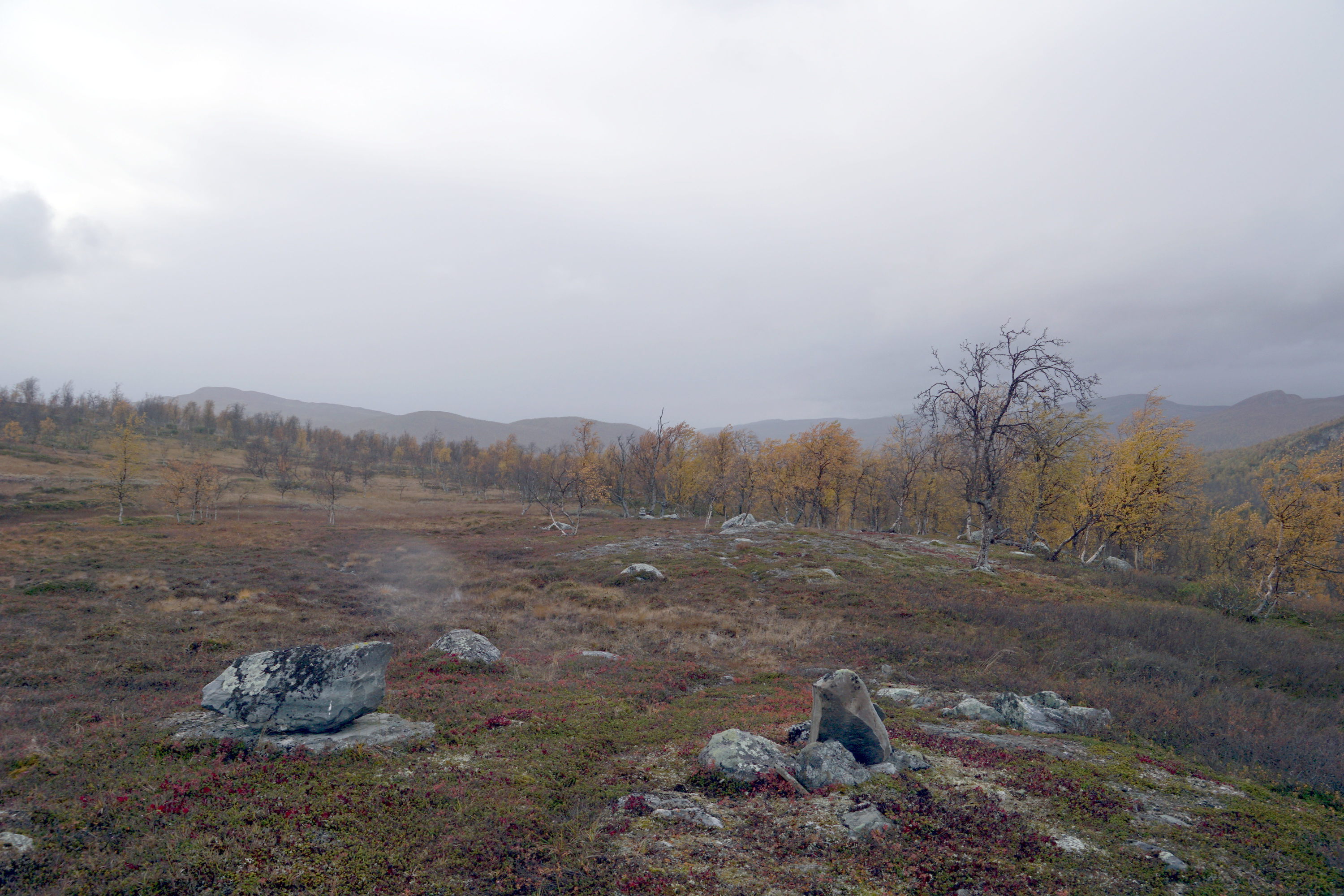 Trail approaching Ljusfjällskåtan from the east

About 4 km from where it branches off the main trail, is Ljusfjällskåtan. I agree with the January 1983 article in Västerbotten, this is the largest goahti I have ever seen apart from the church buildings in Norrbotten. I don't know how frequently or rarely it is visited. Some vandals have scratched their name into the wall, but only twice. Both left a date: one from the 1950s, and one from the 1980s. 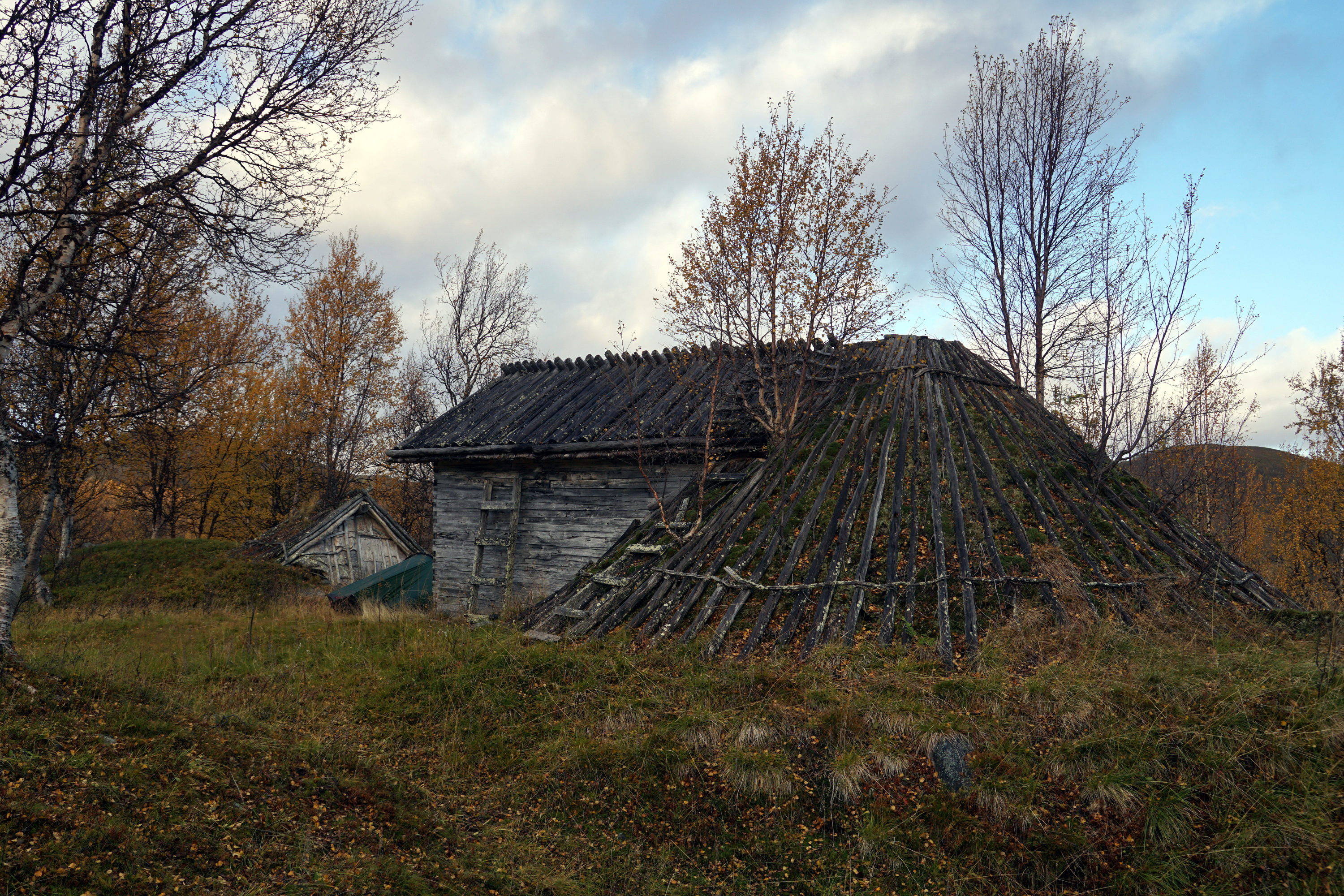 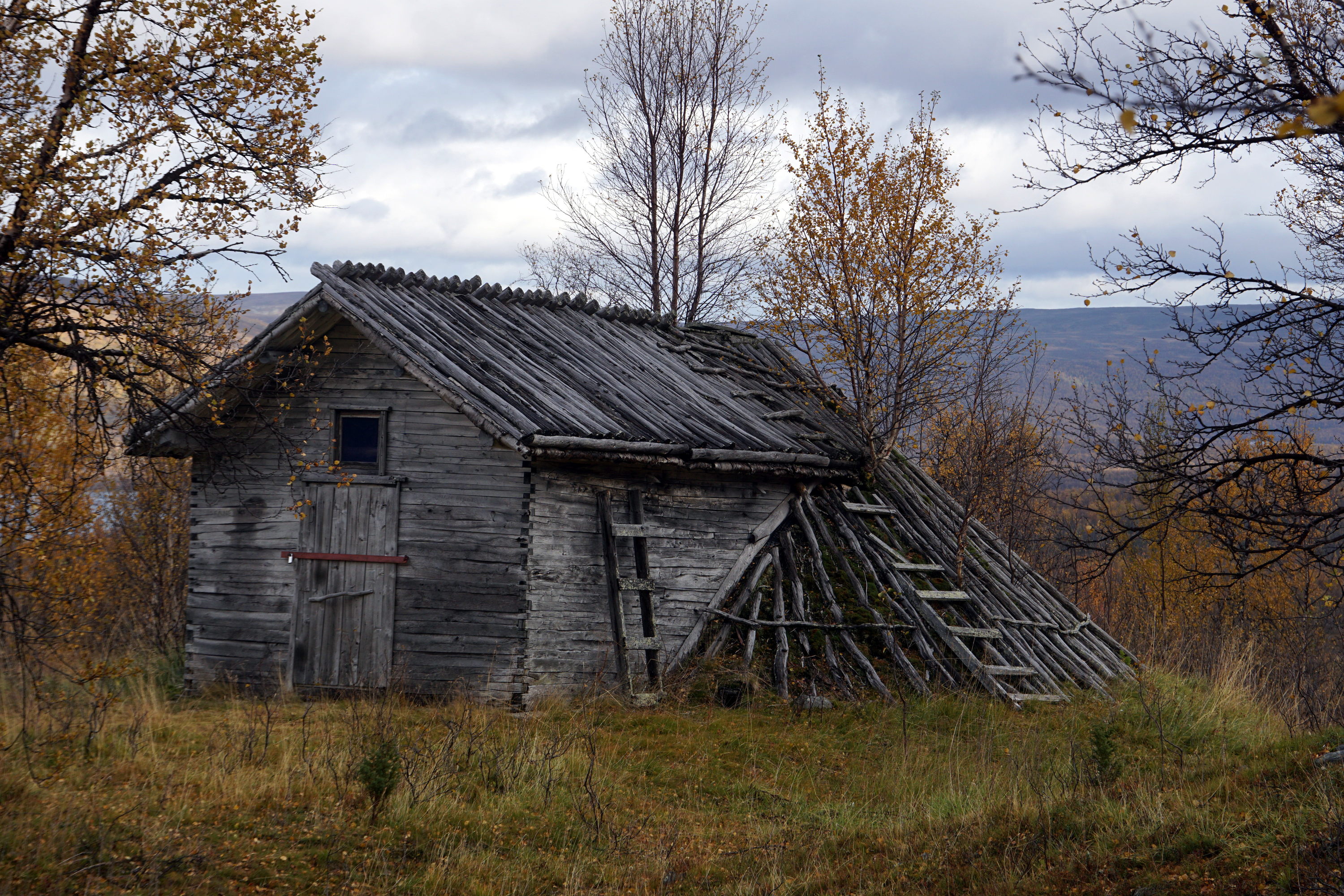 Remarkably, the outhouse was open and stocked with a full but completely yellow roll of toilet paper. We're all adults here, so I looked down into the hole and it was completely clean, with no visible or smellable sign it had ever been used.

A five minute walk away is the modern equivalent Renvaktarstuga (which means something like reindeer warden's cabin) that reindeer herders use: 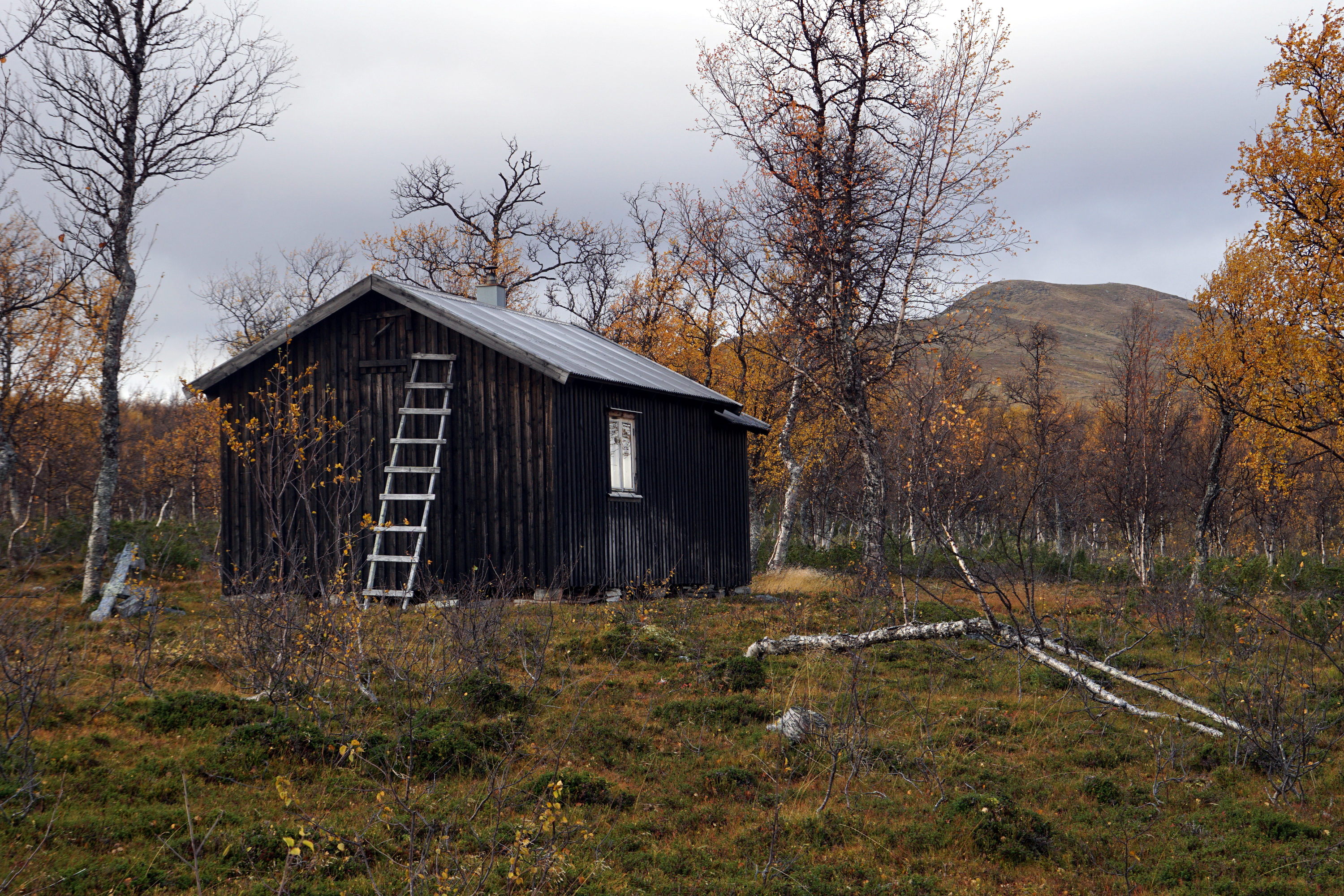 The route past Ljusfjällskåtan continues westward to ultimately connect with the (faint) trail between Remdalen and Åtnikstugan. Above the treeline it is occasionally visible as a trail. 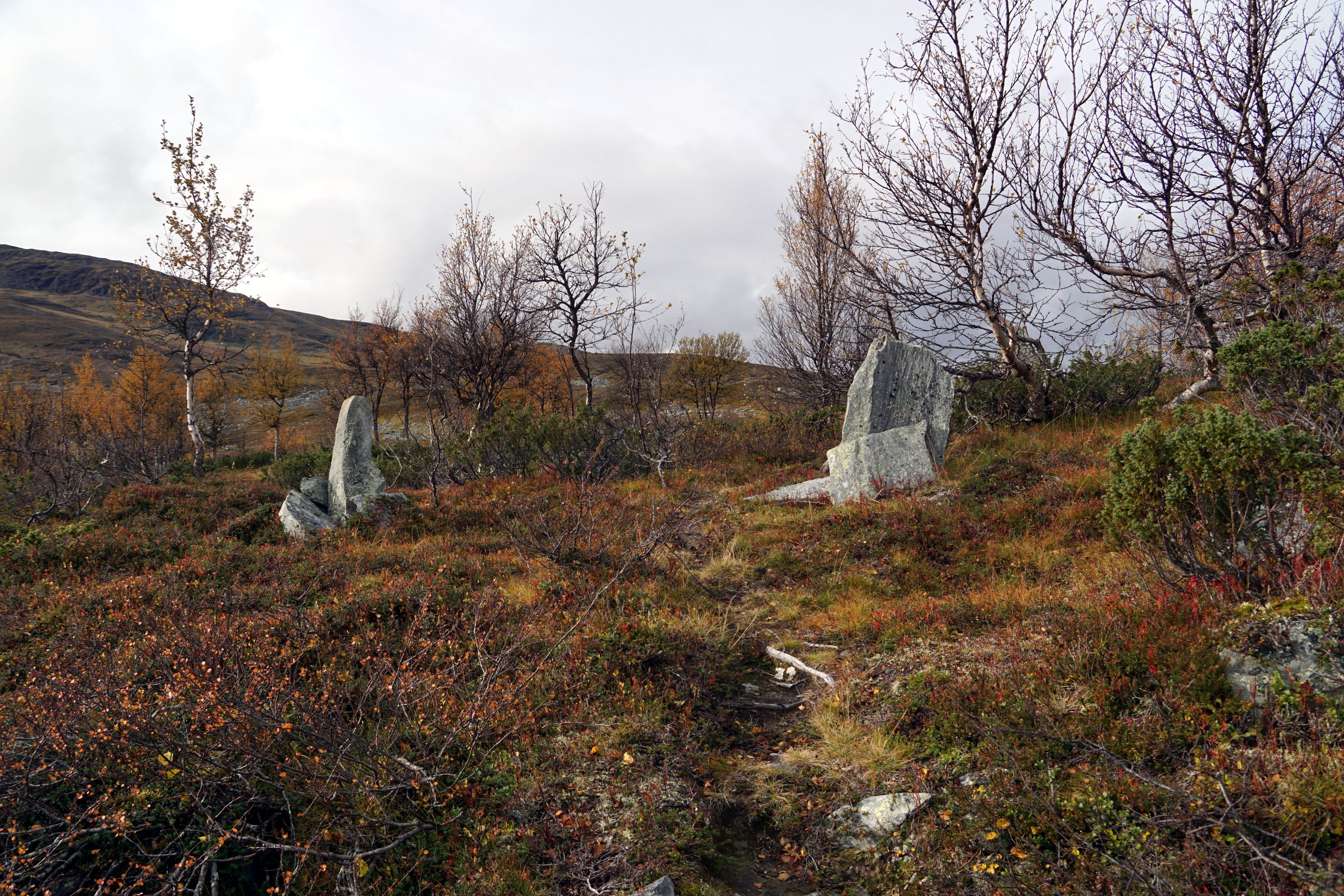 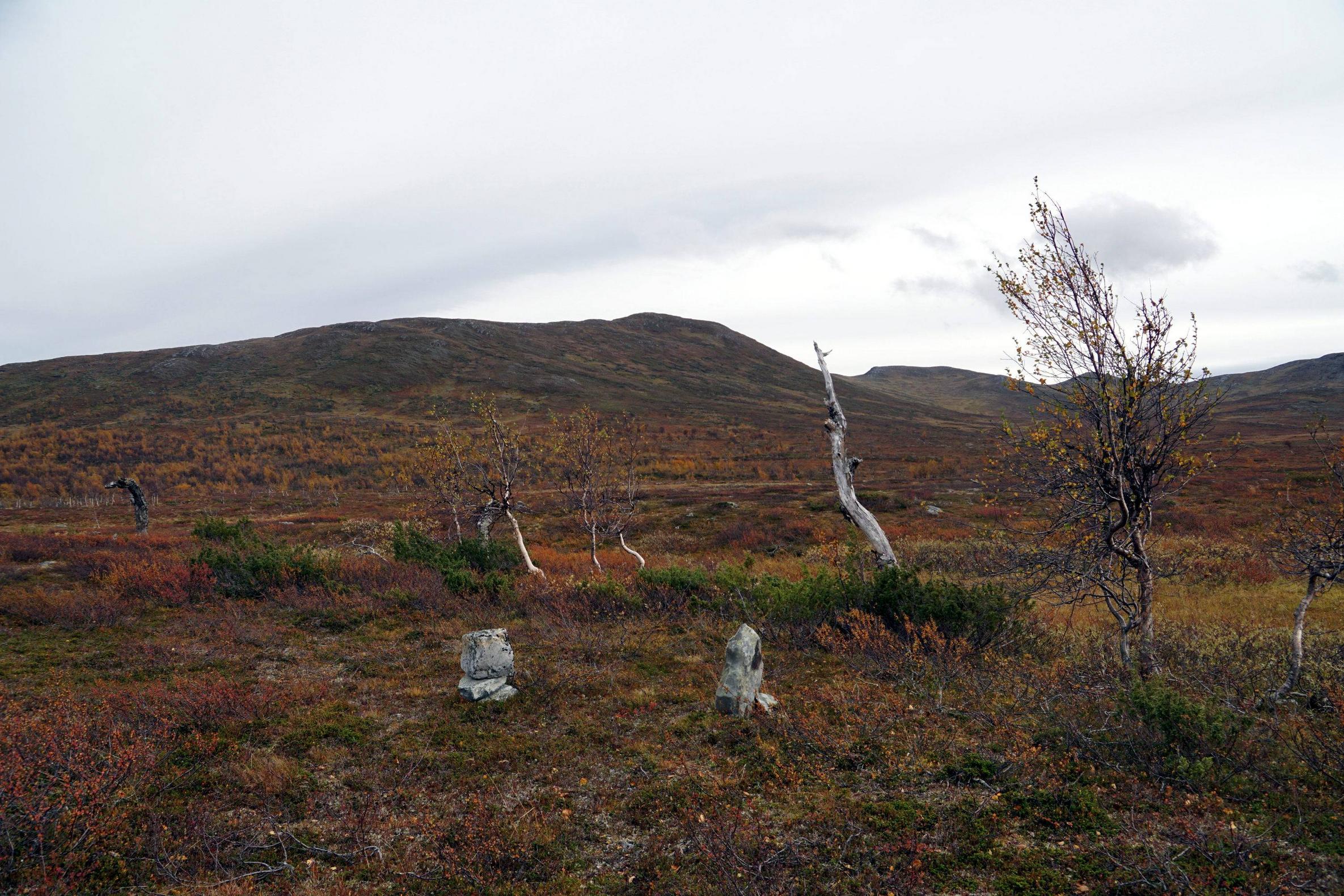 I think a better translation would make the meaning obvious. "Kassa" here means "fund". ie a "kassakåta" is a hut funded by the village, not by an individual or a family.

You have actually quoted the right answer already. I missed it the first time I read your post.

collective funds of the Sami village

(My translation, check google for a laugh).

Not the answer you're looking for? Browse other questions tagged terminology shelter sweden huts or ask your own question.

6
How do I get to Måskåsj-gammen?

13
What is Geocaching?
24
Overview of free and open huts in Norway outside the system of the official tourist association DNT
9
What is a “shooting jacket”?
2
What is the English word for this type of run/race?
21
What's the difference between a fjord and a fjard?
9
What is this fish that looks like a common roach with black eyes and red gills?
8
What are the easiest trekking routes in Sarek National Park in Sweden?
4
What is an alpine start?
8
What is a tent skirt and what is its purpose?
15
Is there a difference between a hiking trail and a backpacking trail, including if it's the same piece of land?