How can I fix an airbed valve that pops open?

I have an old six-reed inflatable camping mattress -- one of the ones with six long parallel chambers that you inflate with lung power. It looks similar to this one. 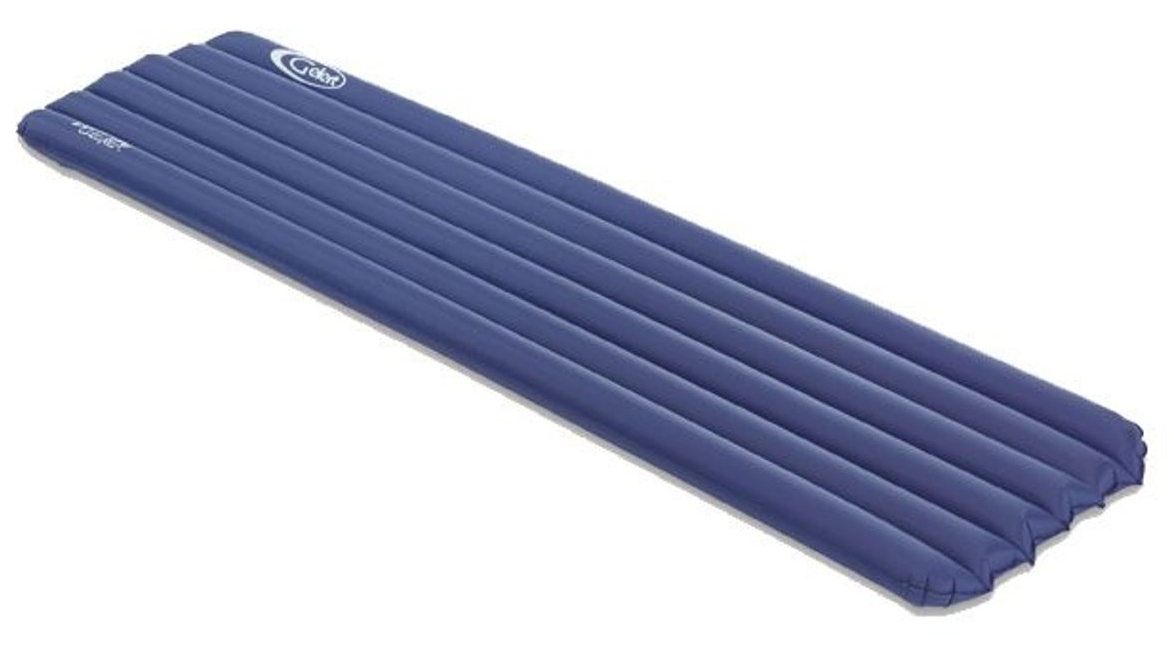 The chambers are sealed with the typical pop-up soft plastic nozzles commonly seen on inflatable water toys -- something like this. 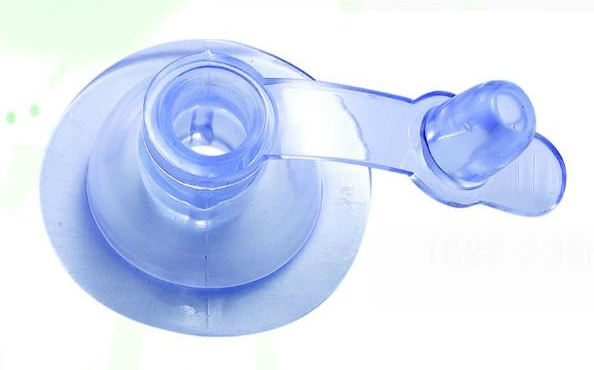 These nozzles don't have a one-way valve flap on the inside, so when the stopper comes out, the chamber deflates very quickly.

This mattress has served me well for (very) occasional use over several years, but it gave me an unpleasant surprise this summer. Although the nozzles look fine, the stoppers now seem to be suffering from a lack of friction: even without someone lying on the mattress, they work themselves out within an hour or so and the mattress deflates.

There are various experimental treatments I've been considering (roughening the stoppers with sandpaper, treating them with solvents, covering them with clingfilm, etc.) but first I'd like to know whether anyone else has experienced a similar problem, and whether they've found an effective cure for it.

(The mattress in question is currently in another country and I won't be able to get at it again to evaluate suggested fixes until December, but I will be grateful for any suggestions that I can try out when I do finally get the chance.)

Stick a cork in it. Or a rubber stopper. Or a wooden dowel (wet or waxed). See what you can find you might luck out.

You got me curious though and I’ve been googling. Sounds like your best bet may be replacing the valve with a valve from some other inflatable (something broken or discarded or just so cheap you don’t mind). This makes sense to me, many plastics do change over the years. Link and pictures below. Maybe not worth buying the can of glue unless you’ve got other projects.

The other good thing about that strategy is if you’re going to replace it you can try other things first without worrying too much about destroying it: sandpaper, simply cleaning with alcohol, high friction layer in between (a piece of balloon).

Still from the video, and the product pictured: 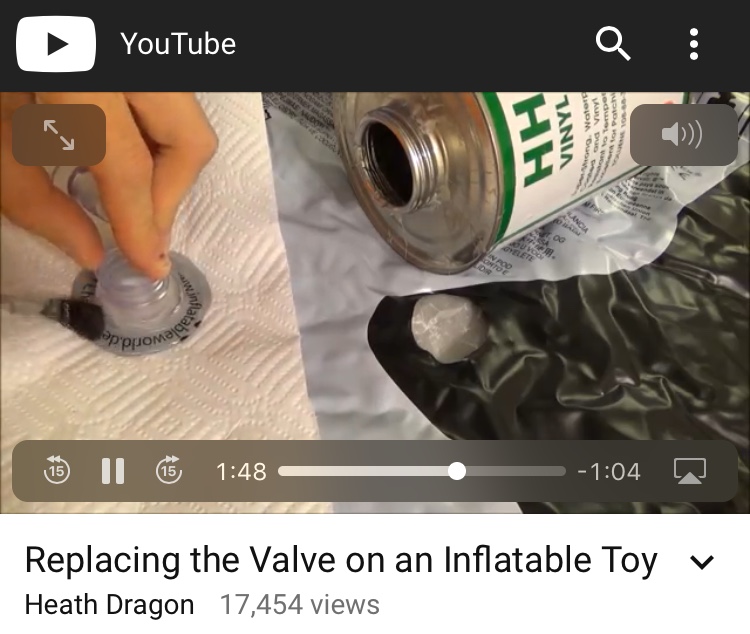 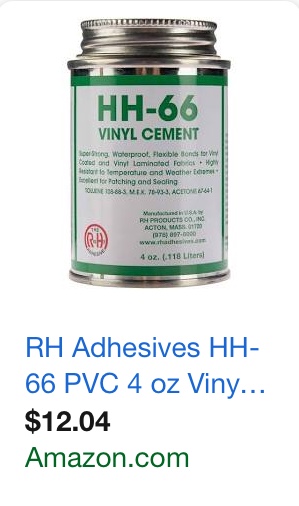 Not the answer you're looking for? Browse other questions tagged gear gear-care repairs sleeping-pads or ask your own question.

12
How can I locate the leak in a inflatable pad, while hiking
8
How to fix a leak in Hydration pack?
8
Gear storage: what gear that can be safely stocked outside?
7
How can I get comfortable sleeping on my side (backpacking)?
5
How can I repair a mapcase (reattach Velcro)?
3
What's this backpack part called and how can I get a replacement?
4
How to fix tears in waterproof pants?
19
Can I fix my boots by gluing the soles back on?
11
How can I fix joint between shoulder strap and chest strap?
2
How can I increase friction in a zip?