Did a bear knock all my bird feeders down?

We live in a suburban town in Massachusetts, Northeast United States.

We keep a lot of bird feeders stocked all year with things birds and animals like, excluding meat and fruit.

Yesterday, October 23, 2018, we woke up to find almost all the feeders knocked over. Some were pulled out of the ground, and two were pulled down from the wire attaching them to a tree branch above. As you can see in the third picture, whatever it was did not climb the tree to get to the food on it which is not very high up, and did not disturb the bird bath by that tree.

We'd like to know what animal would do this.

We've watched raccoons tip over small feeders, but have never seen the larger feeders brought down, especially all at once.

The only thing we can think of is a bear. They're uncommon in our town, but are getting more prevalent, possibly due to local habitat loss. Massachusetts only has one breed of bear, the American black bear, Ursus americanus, so that's what it would be. We didn't find scat or footprints. (The ground is probably too frozen for footprints.)

Here are some before and after pictures: (I love the blue jay in flight in the second picture!) 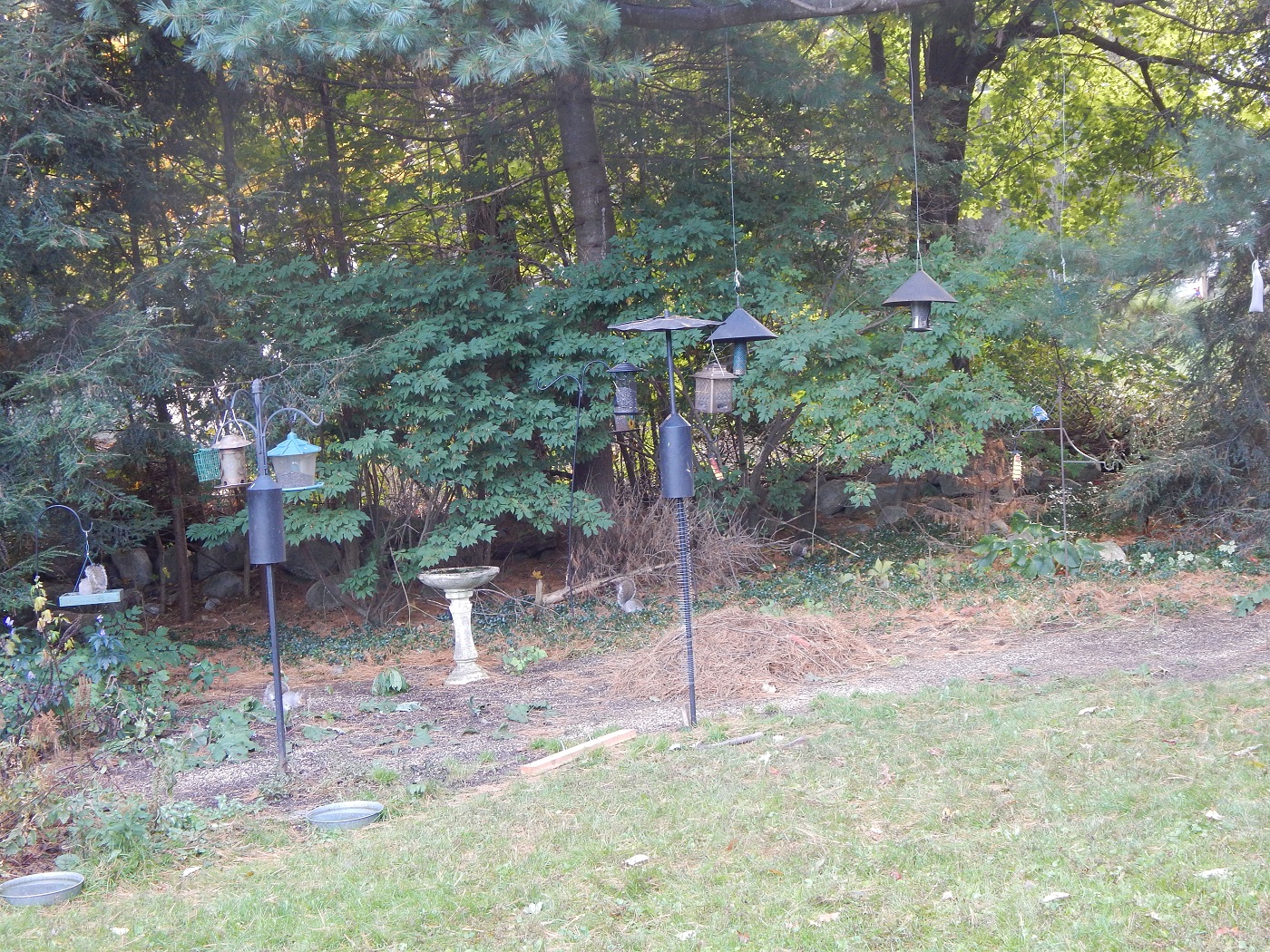 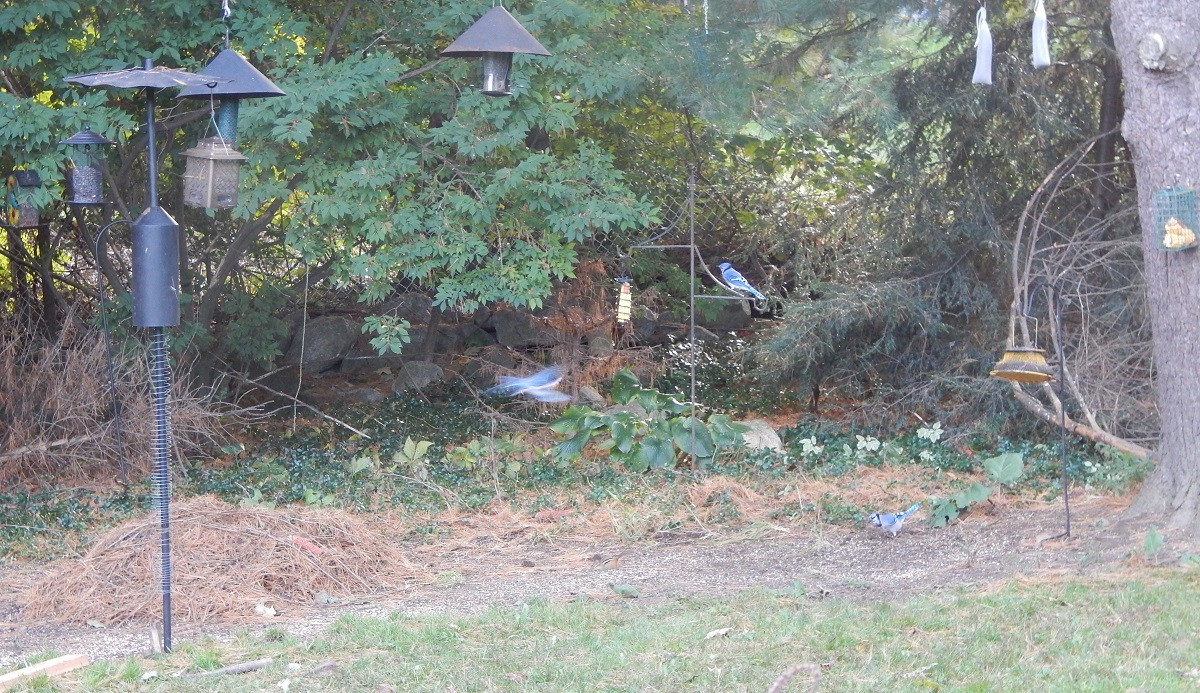 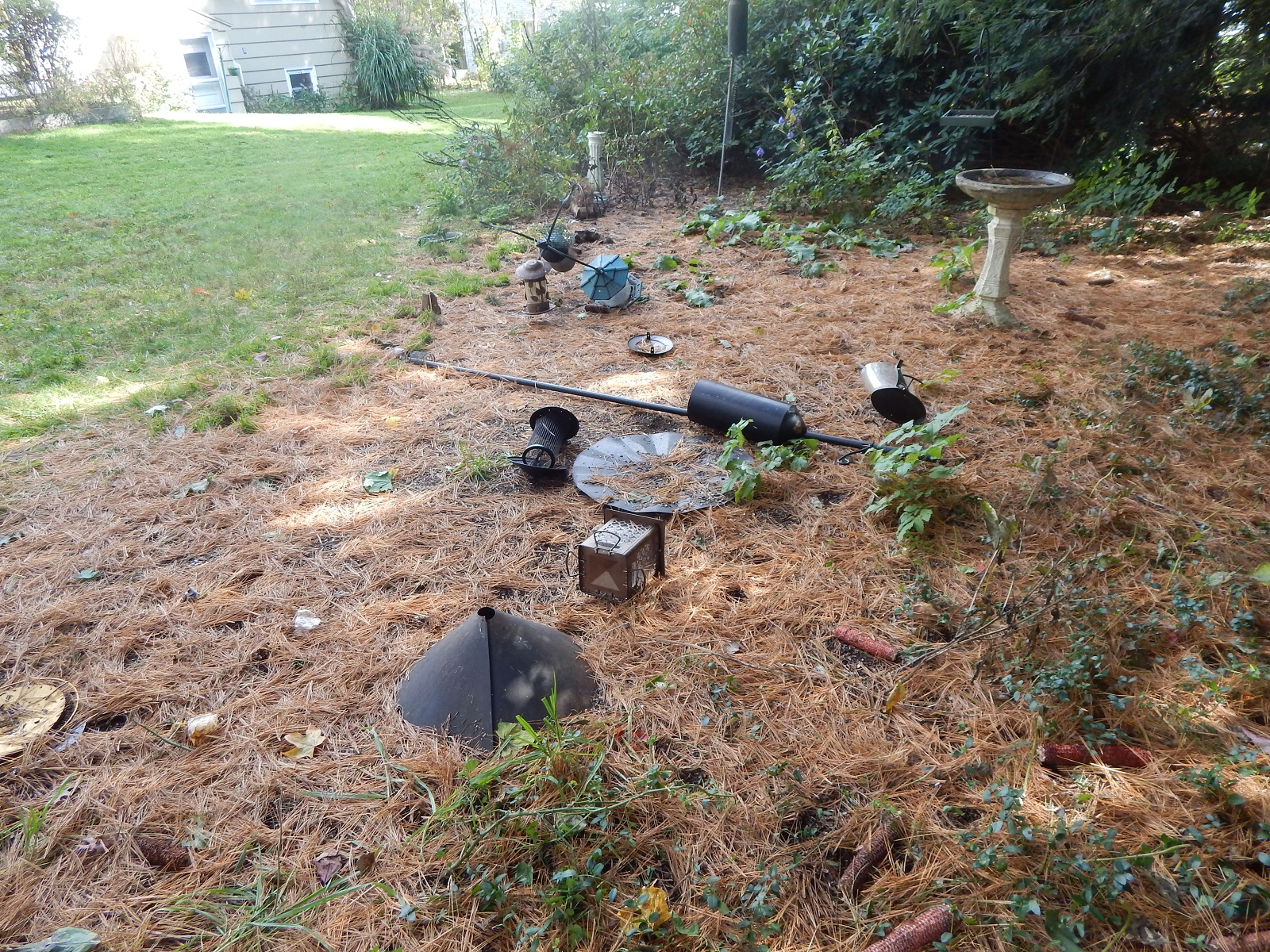 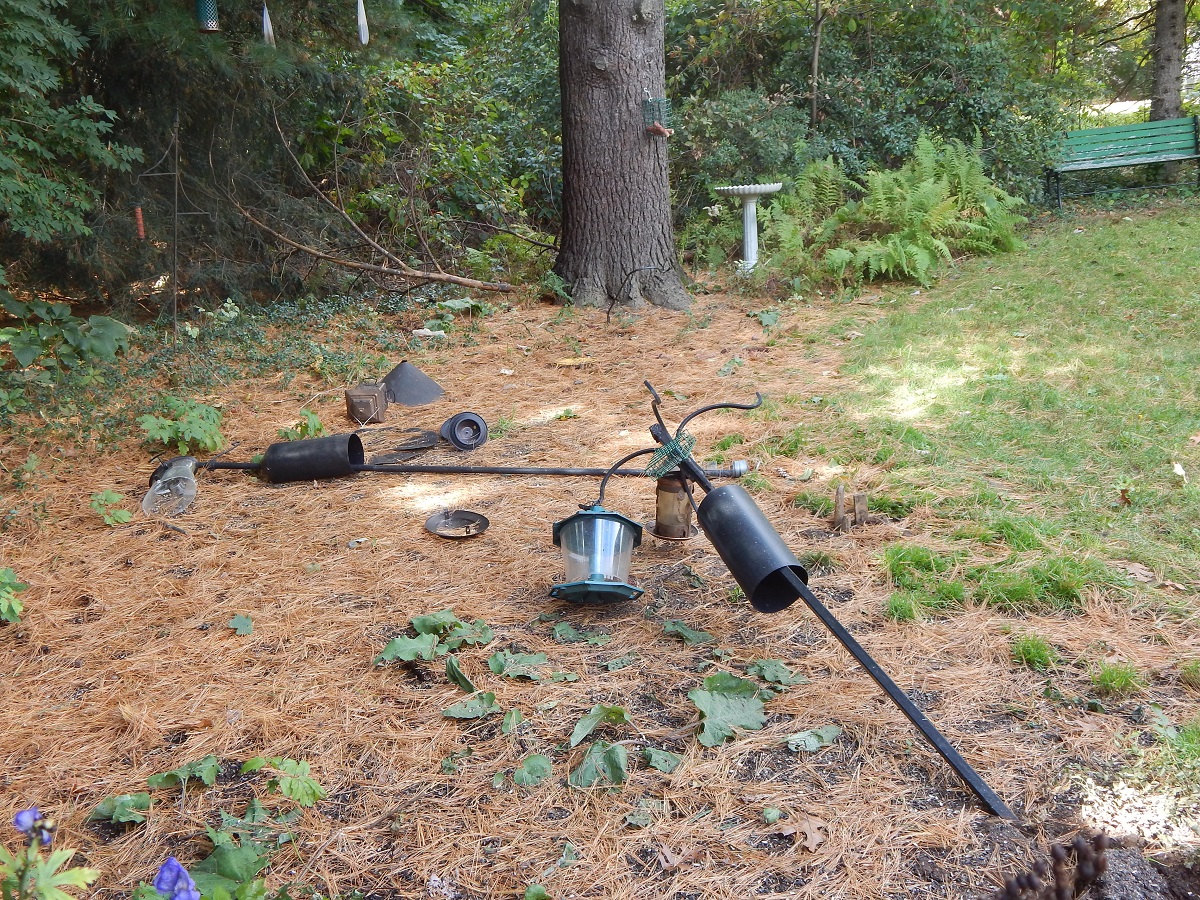 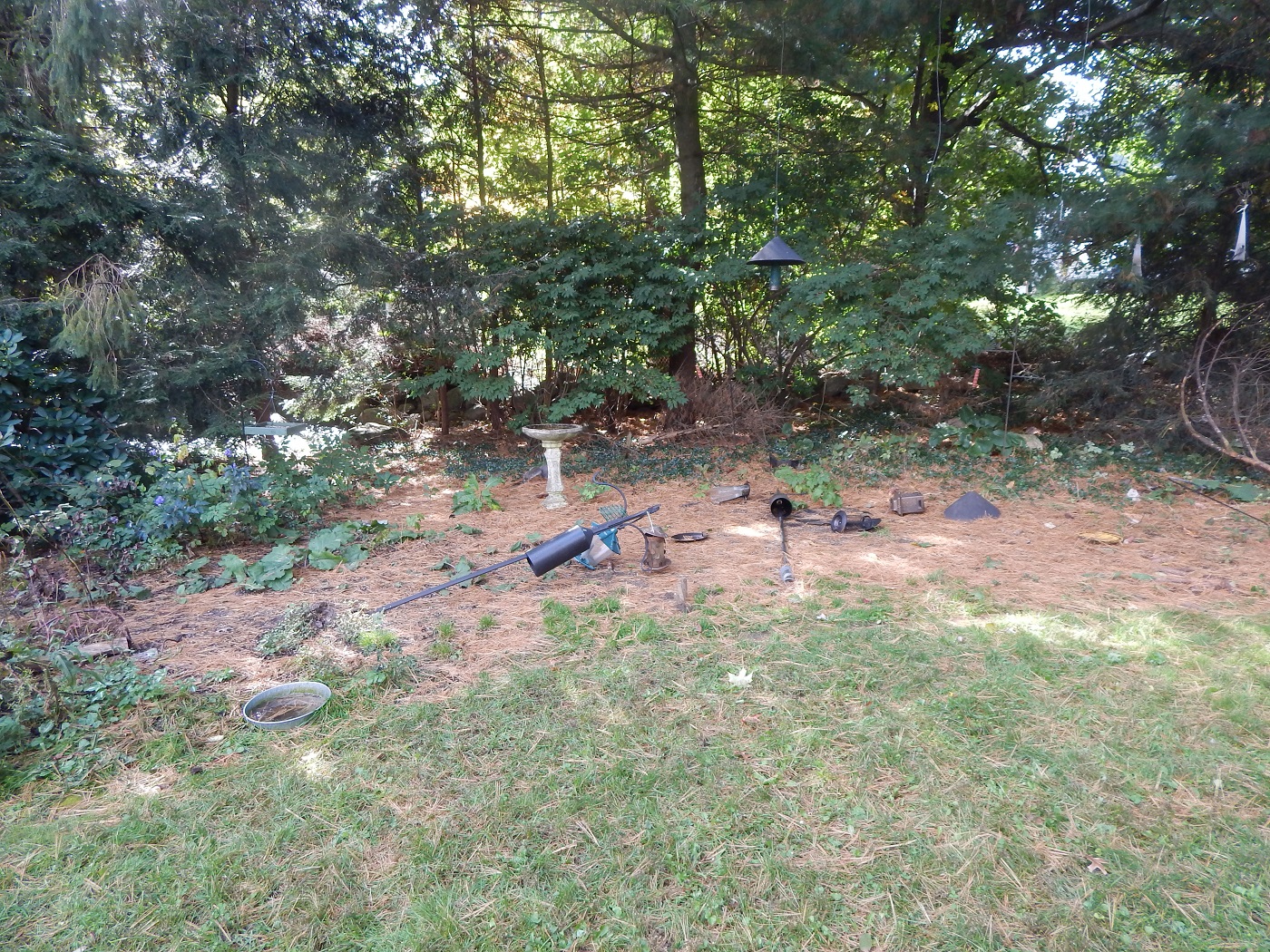 Bears will definitely go smashing bird feeders to get to the seed and they are the only thing big enough to pull your feeders over.

Yes, bears (and other wildlife) are readily attracted to back yards because of the presence of bird feeders. Bear nuisance complaint records reveal that at certain times of the year, bird feeders are involved in over 80% of the bear problems around homes. The situation often escalates to other unnatural food sources such as garbage cans, barbeque grills, and compost piles as bears become bolder and more acclimated to people. Such activities are not in the best interest of the bears or the homeowners.

Apparently the only good solution is to remove the feeders, although you could put up electic fence around them.

Not the answer you're looking for? Browse other questions tagged united-states bears animal-behaviour bird-feeding black-bears or ask your own question.

5
Is it likely that decimation of its suburban forest habitat would cause a black bear to wander into a busy city if it wouldn't otherwise go there?

5
What animal might uproot and relocate a newly-transplanted sedum?
7
At what age do black bear cubs have a good chance of surviving on their own?
7
How should I choose a submersible bird bath heater which is reliable and effective?
5
Do American mourning doves only make their plaintive cooing sound where people can't see them?
9
Do squirrels have front and full peripheral vision?
19
What is the ecological justification (if any) for bird feeders?
5
Is it likely that decimation of its suburban forest habitat would cause a black bear to wander into a busy city if it wouldn't otherwise go there?
5
Animal Identification from "leavings"
9
Can dirty bird feeders make birds sick?
2
Black Bear Deterrents