Is a hole in a cold place warmer?

I'm working on a setting for a tabletop RPG game. This place is located high on the mountains and it is cold. There is a village in this place and their is and inn who's only room is on the basement of a hut (the hut is something like this https://en.wikipedia.org/wiki/Cloch%C3%A1n).

The ground is a good insulator though it takes time to warm the soil closest to the heat source. A lot of heat will be lost from the top, but I assume there's a ground-level floor at the top of this room. If it's quite full of people, it will warm up fairly quickly, and stay that way. Any plausible source of light (candles etc) is also a source of heat, and will contribute. If it's reasonably dry, and there isn't too much wind, I would expect a group packed into such a room to be able to remove outer layers, though not to dress as for the beach.

Even an above-ground hut with a poorly fitting door warms up quite noticeably with a group filling it, such that if you've hiked uphill to it you'll need to act against overheating. Yours should be better insulated and therefore warmer.

It depends on many factors including the following regarding the soils encountered - assuming you finds soils high up on this mountain:

The thermal conductivity of the soil: it's ability to transfer heat with conductivity generally increasing as grain size becomes finer.

The degree of temperature change in the basement would be dependent on it's depth with a deeper basement experiencing less seasonal change in temperature than a shallower on. The graph below shows this trend at 2, 5, and 12 feet below the ground surface for an average moist soil (in the Northern Hemisphere).

As you can see on this graph, with a ground surface temperature of 42 degrees F an average moist soil at a depth of 5 feet would be around 52 degrees F. Of coarse though, much of this heat would be lost in an open drafty basement.

(Note: Doesn't this belong on Worldbuilding??)

Your question is inherently unanswerable as you are missing a key factor: The season. Look at that chart in wanderweeer's answer--note how the temperature swings up and down with the seasons, the deeper you go the less the swing.

Your basement is always going to be pulled towards the average temperature of the region. While his chart shows this to be 62 degrees that depends on where you are. Here's a map for North America, unfortunately labeled in C. 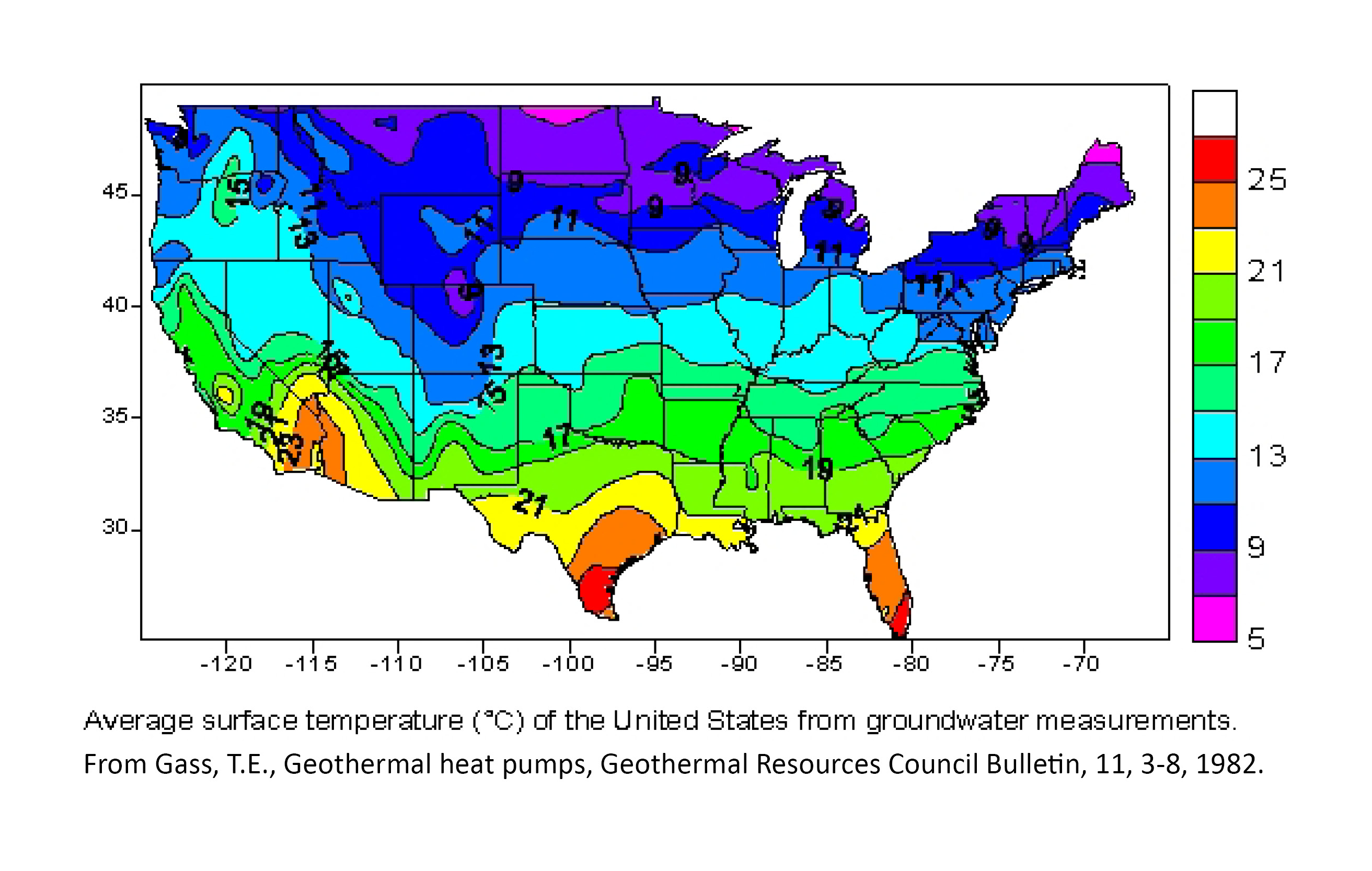 On average a hole will be cooler. Wine, root, and cheese cellars are all used for preservation (cool).

A cellar will even out swings so on a cold night it may be warmer and during the day it will be cooler. Expect the average temp to be a few degrees cooler than the air.

If the air is 35 to 44 degrees Fahrenheit then expect a few degrees less. If it is insulated then a body might heat it up a few degrees.

Not the answer you're looking for? Browse other questions tagged cold-weather or ask your own question.

15
How can I prevent batteries from losing charge in cold weather?
100
Is it warmer to sleep naked in a sleeping bag?
9
Why do we need to pee more than usual out in cold weather?
7
Thermal insulation of truck cap
27
Are mittens warmer than gloves?
6
How do you reset your body 'thermostat' after hiking in snow?
7
What is the most severe temperature that a proper snow cave can protect you from?
7
Are liner mittens significantly warmer than liner gloves?
3
Recommendations for cold-weather clothing on paddleboards