While hiking in western Sweden in October this year, I came across a bunch of feathers on my trail: 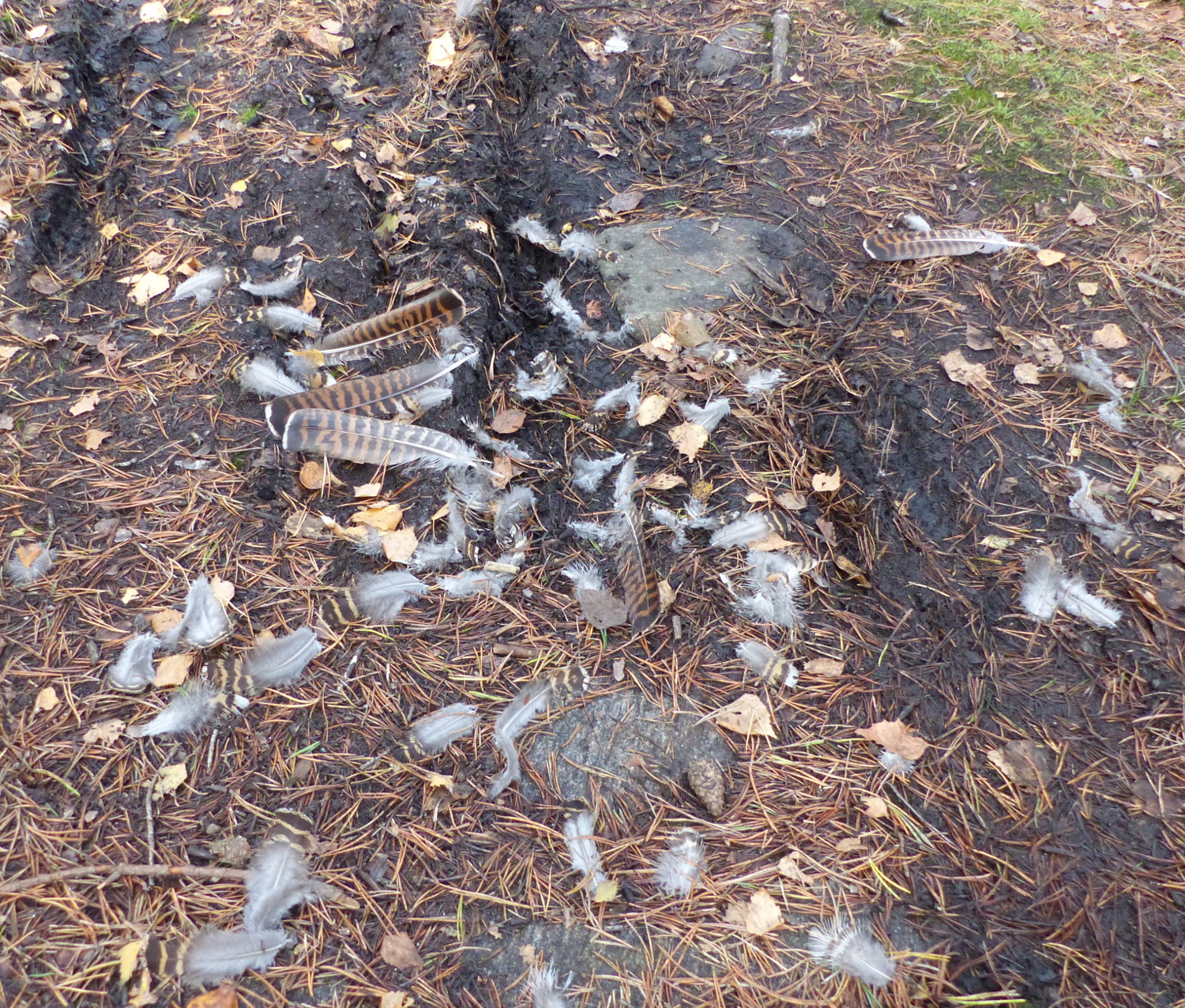 To me it looked like the leftovers of a small to medium bird of prey, which was seemingly eaten by a different animal. Here is a closeup of some of the feathers: 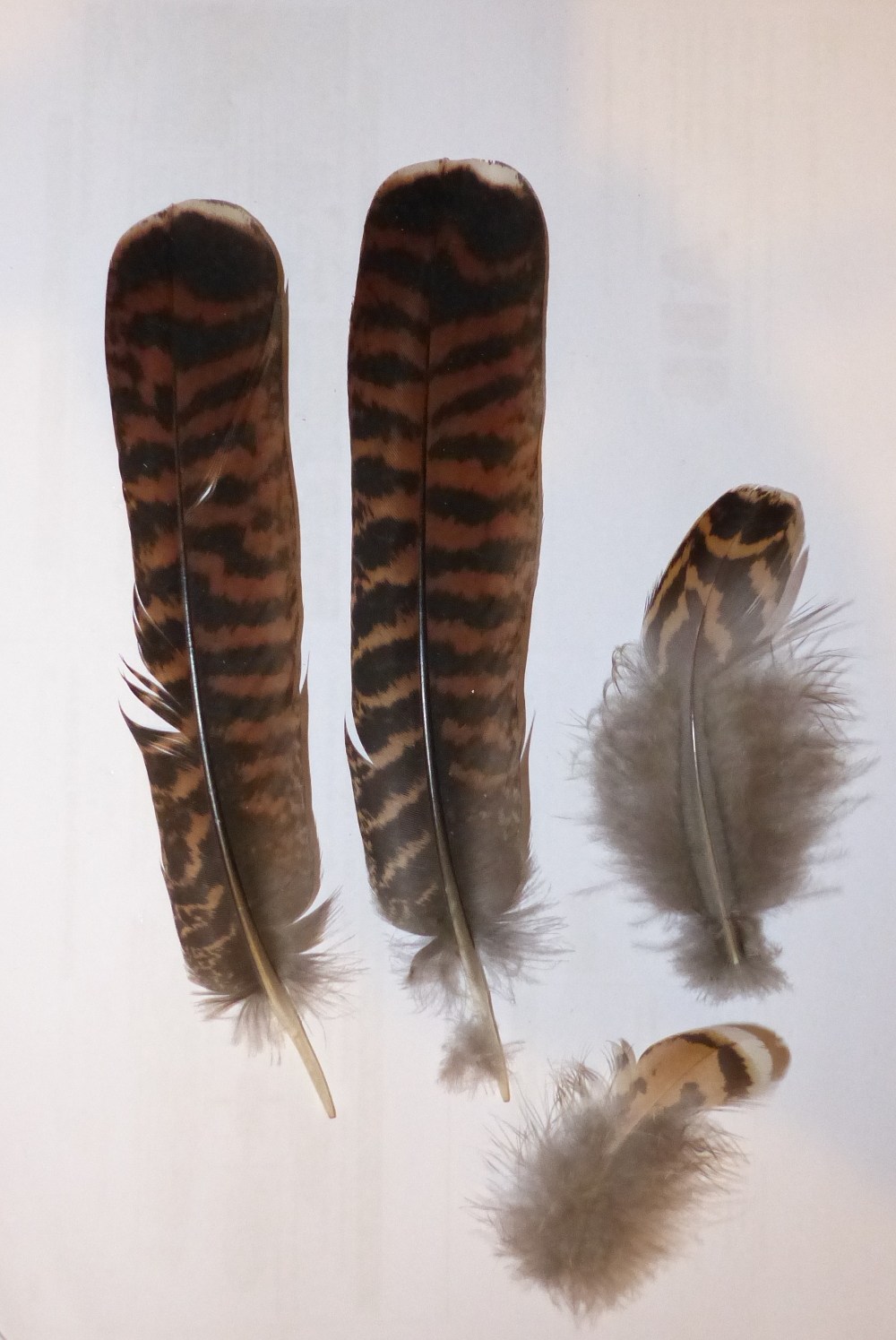 The longest feather is about 18 cm long.

What bird could this be? Is there a possibility to guess/know what has happened to it?

See Western capercaillie. the bird is found across Eurasia, and definitely in Sweden.

Credit goes to @ATJN for identifying the bird as a Western Capercaillie (Tetrao urogallus), which is the largest member of the grouse family. I know you primarily asked for the identification, but I'm adding some things about the bird in case you or others are interested.

There are a number of sub-species in Europe and Asia. Sweden has a large native population who live there year-round. It's also on the migration route of some of the species, so seeing them there tends to be easier than in other places. That would correlate to where you saw it.

Their habitat is old forested areas, which have mature large trees, with years of development of dense ground vegetation underneath. They prefer trees in the conifer family, including pine and others, with the abundant low growth being wildflowers and berries.

The Western Capercaillie is adapted to its original habitats - old coniferous forests with a rich interior structure and dense ground vegetation of Vaccinium species under a light canopy. They mainly feed on Vaccinium species, especially blueberry. They use the open spaces when flying. As habitat specialists, they hardly use any other forest types.

There are a number of possibilities of what it fell prey to. As with many animals in the woods, humans are the biggest threat. Although it's protected under the Wildlife and Countryside Act 1981, making it illegal to touch, that doesn't stop people from doing so. It may have been hunted for sport or food, especially if it was near a trail, which is a vulnerable place.

Its animal predators primarily include golden eagles, hawks and red foxes, although I found mention of wild boars, crows, brown bears, and a few others. In Sweden, the Capercaillies are a large part of the diet of the Golden Eagle, so that might be a good guess.

From Birds in Bulgaria:

In Sweden, Western Capercaillies are the primary prey of the Golden Eagle.

It looks like there might be some dark scat (animal droppings), although I can't see it that clearly. It can help you identify the predator. Also, I can't tell if there's a whole skeleton there. Some animals will eat the meat and leave the bones behind. Others drag or carry the skeleton away.

Not the answer you're looking for? Browse other questions tagged birds animals animal-identification or ask your own question.

7
What is this black and white bird with thin brown legs and a multi-colored beak, found in Massachusetts USA in January?
3
What animal was killed here?