Having just bought my first pair of skis, I am unsure how to best stack them in the default side-by-side position in which they are alligned at the tip and at the tail ends. I thought the bindings' stoppers would intertwine and protrude into the other one enough so the skis are flush, tips aligned. But instead, I can only get them to look something like this: 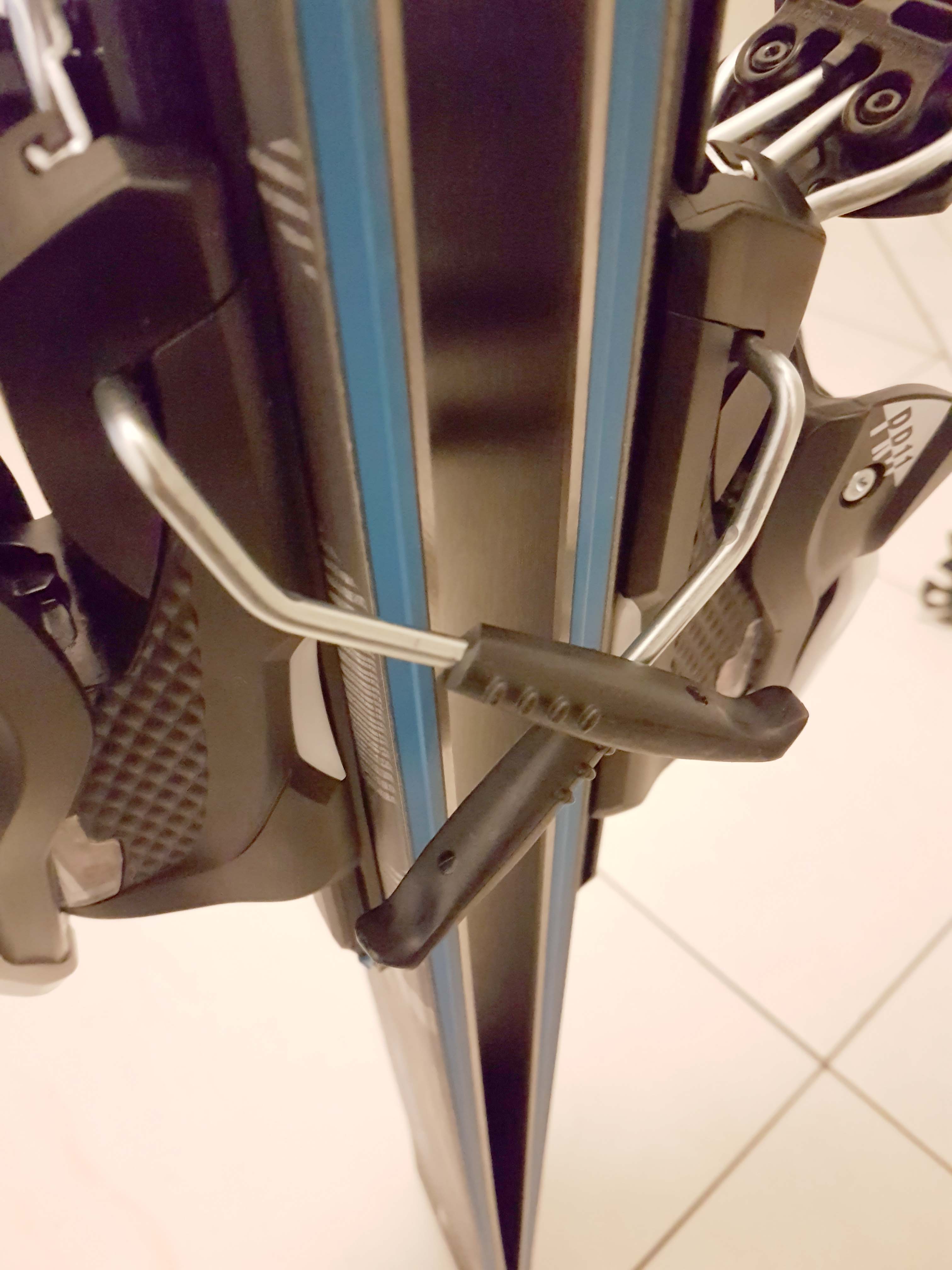 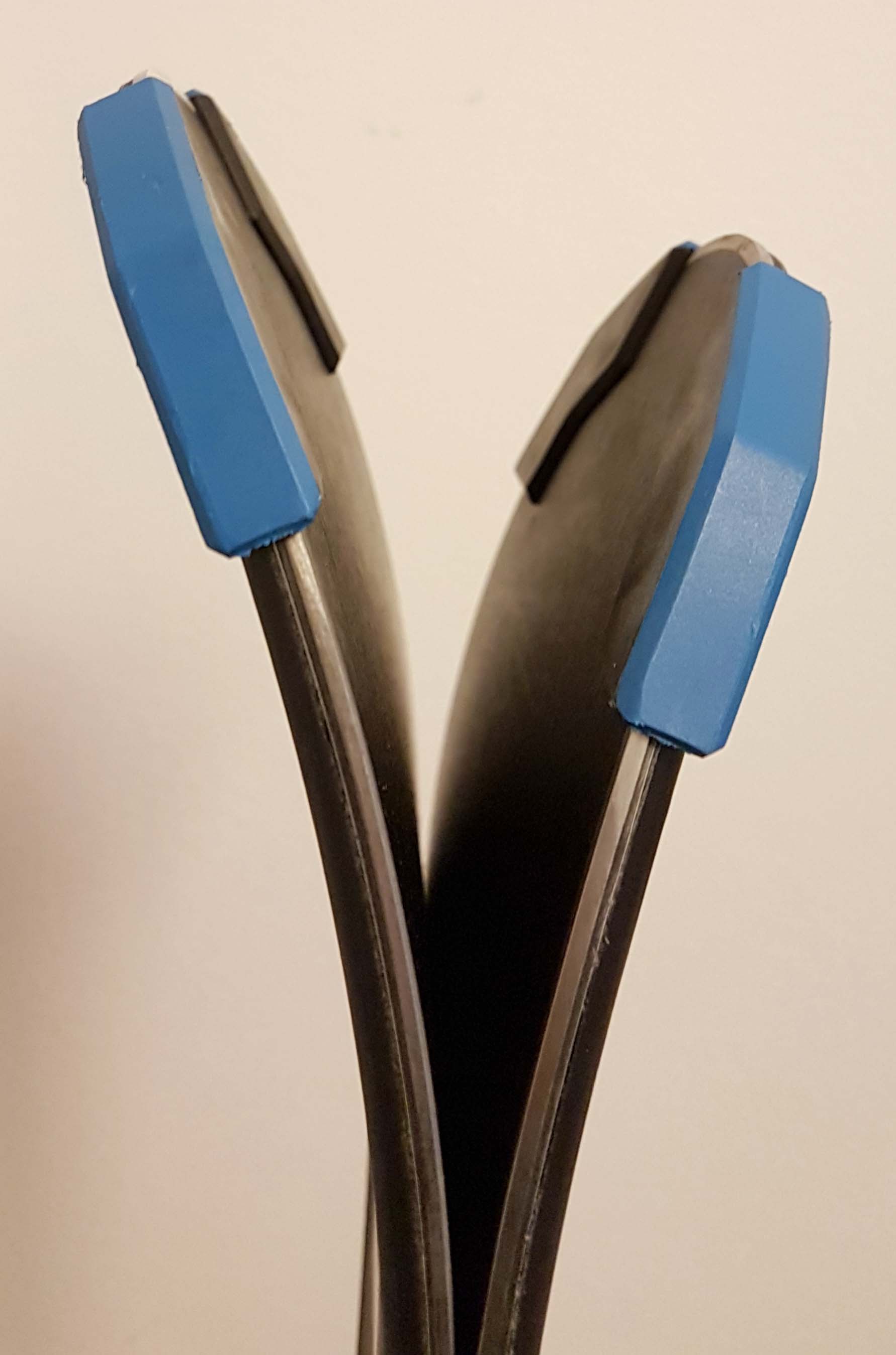 They don't sit any cozier if I reverse which ski "mounts" the other. Also, I can slightly force one of the skis further, but there is no "click" that would indicate the black levers are secured to one another (as I expected).

I've never had this problem with rented skis before. The way they fit into each other now, it just means they often break loose during transport.

Might the ski shop have misaligned/badly fitted the bindings, or am I just too inexperienced with equipment to know how to properly align my skis? Any suggestions would be appreciated.

No, they didn't do anything wrong (they probably didn't do anything at all). The stoppers purpose is not to stack the skis, it's to stop the skis if they become undone from your boots and slide down the slope. That they help with attaching the two skis together is certainly a nice (and expected) feature, but it's not their main purpose. I had skis which couldn't be "stacked and attached" by the stoppers at all (too short, too much camber). And from memory all skis I've had weren't aligned perfectly when "stacked by stoppers". There's no such thing as aligning/fitting bindings for stacking, you fit their length and release settings to your boots and person (size, weight, ability, ...). If you have very wide skis, they might actually have to "fit your stoppers", such that they are wide enough - however that's still not about stacking. So no need to worry, if you can stack them at all, that's nice.

11
Do I need skins to drag a pulk on skis?
20
How often should I wax skis?
7
How efficient is the Altai skis "the Hok"?
4
Beginner or intermediate skis for a first pair to buy?
6
Waxing cross-country skis
7
Carrying skis attached to backpack
4
Most comfortable way to adjust boots while in tour mode on AT skis?
6
How do multi radius skis work in practice
2
What are the differences between expensive, mid-priced and cheap skis?
3
Sharpening Base Edge on Skis